OPINIONS US seeks hegemony, but wants allies to pay for it

US seeks hegemony, but wants allies to pay for it 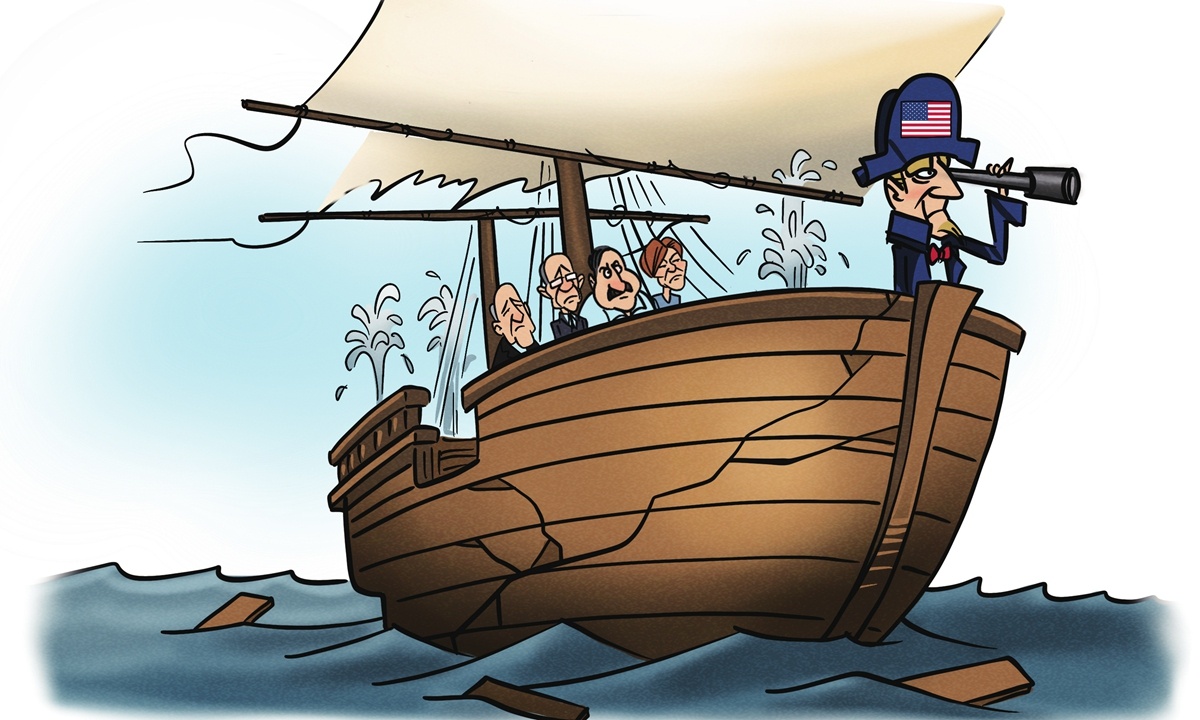 Kurt Campbell, the US coordinator for Indo-Pacific affairs on the National Security Council, said on Wednesday at an event hosted by Stanford University that the era of US engagement with China, "has come to an end." He acknowledged that the US will need to dispel fears of American decline in Asia, and offer a "positive economic vision" for the Indo-Pacific region.

The underlying message is that Washington is well aware of its allies' fears of American decline in Asia. In the Indo-Pacific region, Washington cannot out-compete and confront China by itself. This propels Washington to bring its allies into its orbit to serve for US strategic interests. That said, Washington pays importance to the weight of its allies simply because of the decline of American prestige and credibility.

The functioning of the US alliance system in the past attributed to the absolute superiority of the US. But as the US strength encounters relative decline, especially when it views China as an imaginary enemy that could challenge its hegemony, Washington is becoming anxious. What is worse for the US is that the world has become multipolar, and the interests of many countries are connected. The US is not capable of reversing the multipolarization trend and cutting off the connection of interests between China and other countries - that's to say, the cost of the US to contain China is rising. It was so with the Trump era, and it is the same under the current Biden era.

In terms of foreign policy, the Biden administration is not much different from the previous Trump one - all aim to serve US national interests. It means the US demands more from its allies than it needs to give. The US' selfishness has been fully exposed during the pandemic - particularly when it hoarded vaccines and was reluctant to share with its allies and neighbors. When India suffered from the latest wave of surges, the US only showed indifference and was propelled to make some gestures under international pressure. Brent Christensen, director of the American Institute in Taiwan, skipped the question of whether the US would send vaccines to Taiwan, but only noted that the infection numbers in the island remained quite low. The indication was clear. Washington only needs allies and partners to help achieve its goal of sustaining its hegemony and suppressing China.

Washington will find that consolidating its leadership via its alliance system is a short-sighted approach. The clique will become more and more exclusive, and its allies will find that Washington cannot provide what they really need. They need not only security, but also development opportunities and prosperity from regional integration. But these are contrary to the US' clique tactics.

That's why regional countries, including Australia and Japan whose relations with China are worsening, actively pushed forward and signed up to the Regional Comprehensive Economic Partnership. These countries want to reduce the risks of solely relying on the US for security via multilateralism. The "positive economic vision" for the Indo-Pacific region crafted by Campbell will hardly become true.

For US allies and partners, it is difficult to take a side between China and the US. Singapore Prime Minister Lee Hsien Loong has stressed on several occasions that Singapore will not take a side. Even when Australia attaches itself tightly on the US anti-China crusade, it has to take into consideration the economic interests with China. Two weeks ago, Australian Trade Minister Dan Tehan said that he's still waiting to hear from his Chinese counterpart as he seeks to resume trade.

That said, the US does not really care about its allies' comprehensive interests - it simply traps them into a predicament. The US cannot achieve its goal of maintaining its hegemony, while it is its allies that foot the bill. Washington keeps hyping up the "China threat" to seek its absolute security. This affects the security of others, bringing about greater senses of insecurity for itself. This vicious circle is hardly sustainable.