As Washington launches an apparent all-out new Cold War against China, the US is increasingly seen as a petty superpower. The latest evidence lies in Foreign Policy magazine's Friday article hyping the "China threat," which is full of worn-out clichés. 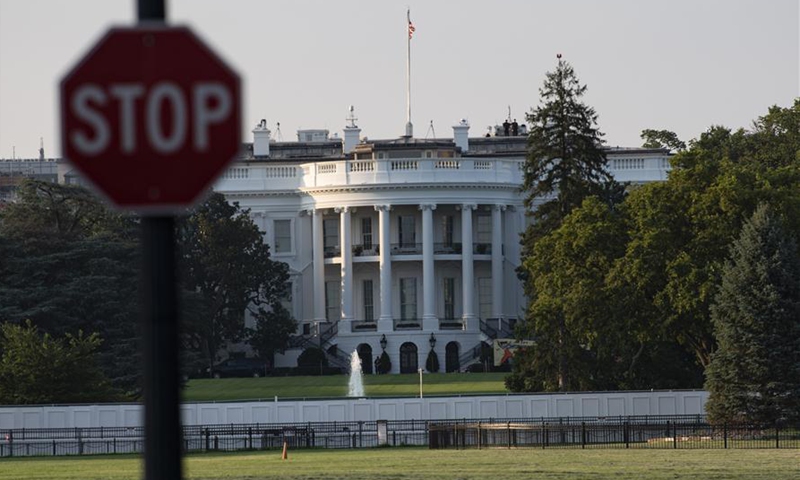 The article used as evidence China's support for the United Nation's international peacekeeping and mediation missions, global health and sustainable development initiatives. The article called China "a menacing and bullying superpower" that is "racking up more influence" by taking the chance that "Washington is in headlong retreat."

The UN and many other international organizations are an important framework under which the world has managed to realize stability, peace, and prosperity. But the construct is facing unprecedented challenges and threats from their very initiator - the US.

The Foreign Policy article proves only that China is trying to clean up the mess left by the US, and China's support for the UN system is in line with its own economic development.

With humanity facing a historical crisis that is the COVID-19 pandemic, and long-existing problems such as regional wars and poverty, the entire world needs to unite around its shared future.

But why does the US, the founder and builder of the current world order, overlook the world's most urgent and essential needs?

The answer is simple. The US is no longer willing to shoulder international responsibilities - it focuses only on its own interests. It is now disinclined to strive for the good of the world, which doesn't always operate exactly as Washington wants.

After withdrawing from various international organizations and treaties, Washington still maintains its membership in organizations like the NATO only to maintain its flabby hegemony. US allies have been turned into mere tools of the US to secure this goal. It is not surprising that Western countries feel that, "with friends like this, who still needs enemies?"

Europe has sounded the alarm that Washington has adjusted its priorities away from being a global leader. Such concerns stem from the fear that the US could recklessly damage civilization anytime it wishes. Washington is acting like a rogue that won't allow others to do anything it dislikes. The hegemonic mentality of the US has generated a campaign of hyping negative "consequences" of China's growing influence around the world.

China is a latecomer to development, so it knows how hard it is for countries to overcome real difficulties, especially given the current situation of the world. Many countries need outside assistance, and China willingly offers a hand with no preconditions.

China has its eyes on the big picture of the world in a responsible manner. The US has become paranoid and plays a zero-sum game in everything related to China. To borrow an ancient Chinese saying, Washington is "gauging the heart of a gentleman by its own mean measures." If we apply this sentiment to the US, we will clearly understand why Washington keeps finding fault with Beijing.

"With great power, comes great responsibility." This pearl of wisdom wasn't spoken by the country's leader but comes from the American super hero movie Spider Man.

The profound difference between China and the US is that China is willing to assume great responsibilities, while the latter now cares only about itself.