OPINIONS US should consign 'China threat theory' to history

US should consign 'China threat theory' to history 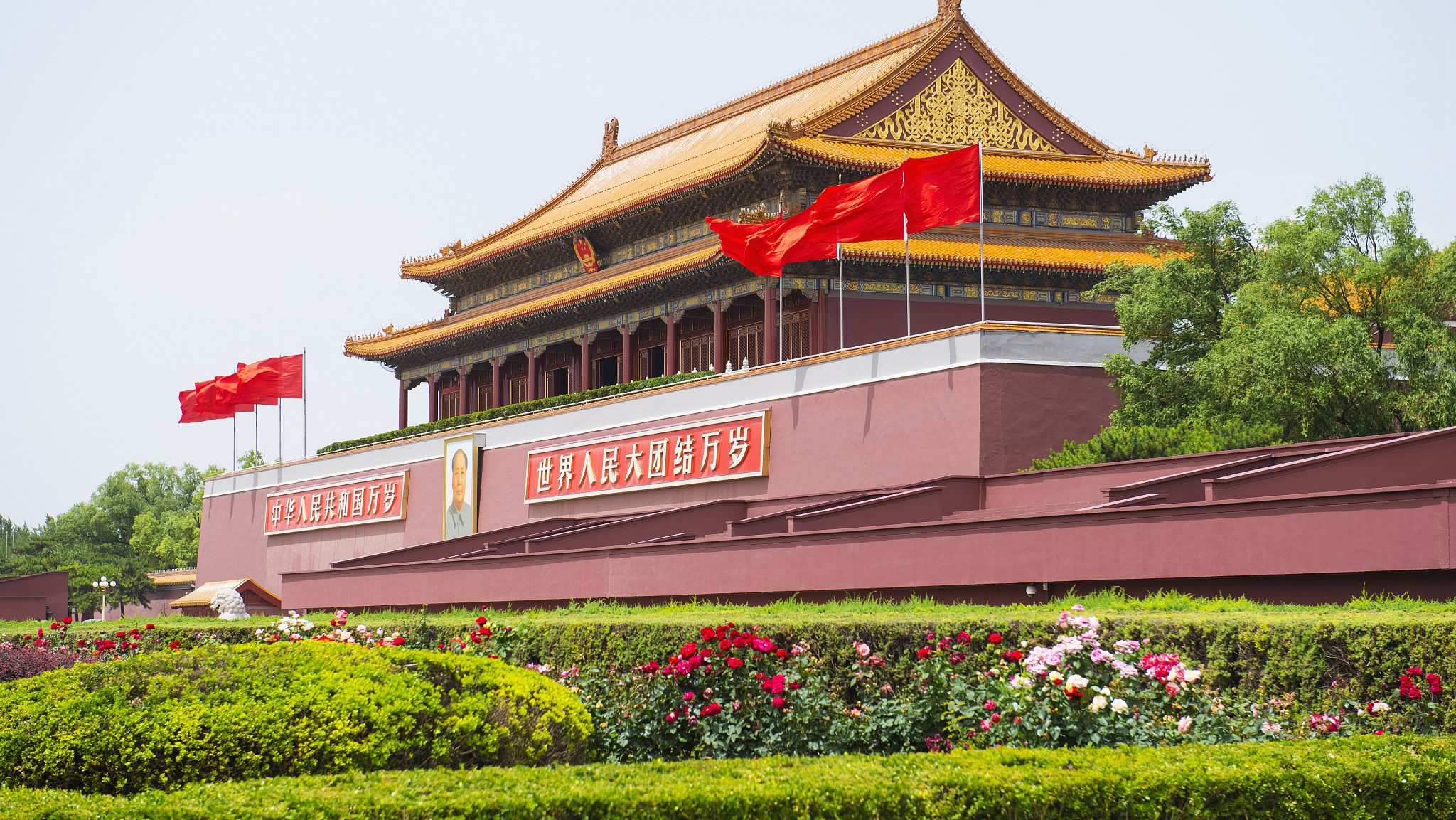 "'Chat-chat' was better than 'war-war'," Christine Lagarde quoted Winston Churchill as saying. Ahead of the International Monetary Fund (IMF) and World Bank spring meetings, the IMF managing director called on all economies to steer clear of protectionism and address trade disputes in a multilateral framework.

She made the remarks amid the spiraling trade tensions between the world's two largest economies and the reverberations in the global economy, which is set to register the fastest growth in eight years.

The clouds of a trade war started appearing this January when US President Donald Trump approved sweeping tariffs on Chinese solar panels and washing machines under the unilateral Section 201 of the Trade Act of 1974.

Over the past three months, the sanctions have quickly expanded to steel and aluminum imports as well as an array of hi-tech products from electronics and satellites to medicines. Now a trade row has stretched into a tech skirmish as Washington imposed a seven-year ban on China's telecom giant ZTE. 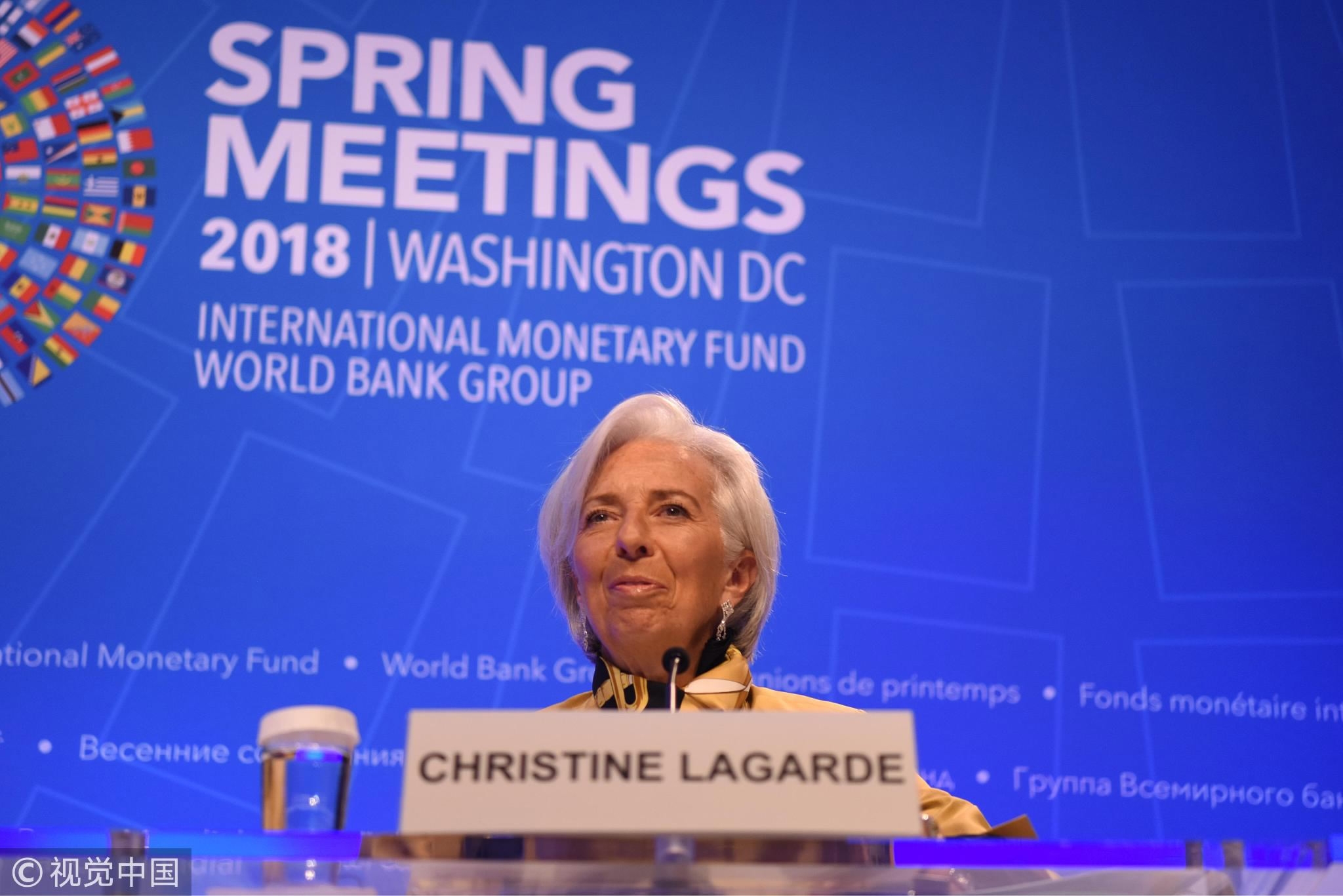 Christine Lagarde, managing director of the International Monetary Fund (IMF), speaks during a press conference of the IMF and World Bank spring meetings in Washington, D.C., on April 19, 2018.(Photo: VCG)

The nationalist Trump and his extortionist protectionist advisers have insisted that it is China that has created a huge trade deficit of 375.2 billion US dollars for the US last year and have thus vowed to bring back the days of glory for his base of white, working-class voters by seeking so-called "fair trade." By pulling the trigger on the trade – the most dynamic force that underpins China-US ties, the White House has put the world on tenterhooks and stoked fears of a new cold war. The "China threat theory" has once again become part of mainstream American society.

The "China threat theory" has not faded since the Cold War ended with the fall of the Berlin Wall and the dissolution of the Soviet Union. The denouement of a bipolar world failed to bring about the dawn of a new age, as the US-led West started taking on China for its socialist political system, unique economic development path, and increasing military expenditure.

Given China's resounding socio-economic success in recent years, the US feels increasingly piqued and incensed by the economic clout that has tilted toward China and a broader Asia. There's no denying that China is a competitor. But in no way is it a threat.

If Beijing were a threat to Washington, then it would not have given US-based companies investment opportunities for long-term growth. For instance, Western pharmaceutical companies have been establishing research and development centers in China to fuel the country's healthcare innovation, a move to contribute to a society with a rapidly aging population and a burgeoning middle class. Johnson & Johnson can benefit from debuting drugs on the Chinese market faster than in the US after Chinese regulators launched an initiative last year that allowed companies that develop their medicines first in China to undergo an expedited approval process.

Another example of interdependence is the growth of the tourism and aviation industry. Boeing sells many planes to China, while the explosion in China's tourism industry means that the demand for the aircrafts is growing with the value estimated to reach 1 trillion US dollars over the next two decades. Plus, the country's tourism sector is expected to deliver over 175 billion US dollars in the next five years. Such cooperation has yielded mutually beneficial results after years of effort, and Beijing is striving to maintain the momentum.

The yawning trade deficit for which Trump blames China mostly derives from low public and private savings of US consumers, who therefore must take out mortgages and other loans to continue spending. As a result, they are unable to contribute to US economic growth substantially, so to fund investments that would stimulate the domestic economy, money must be imported, thus increasing the trade deficit. Chinese imports might only account for a meager part of the deficit. 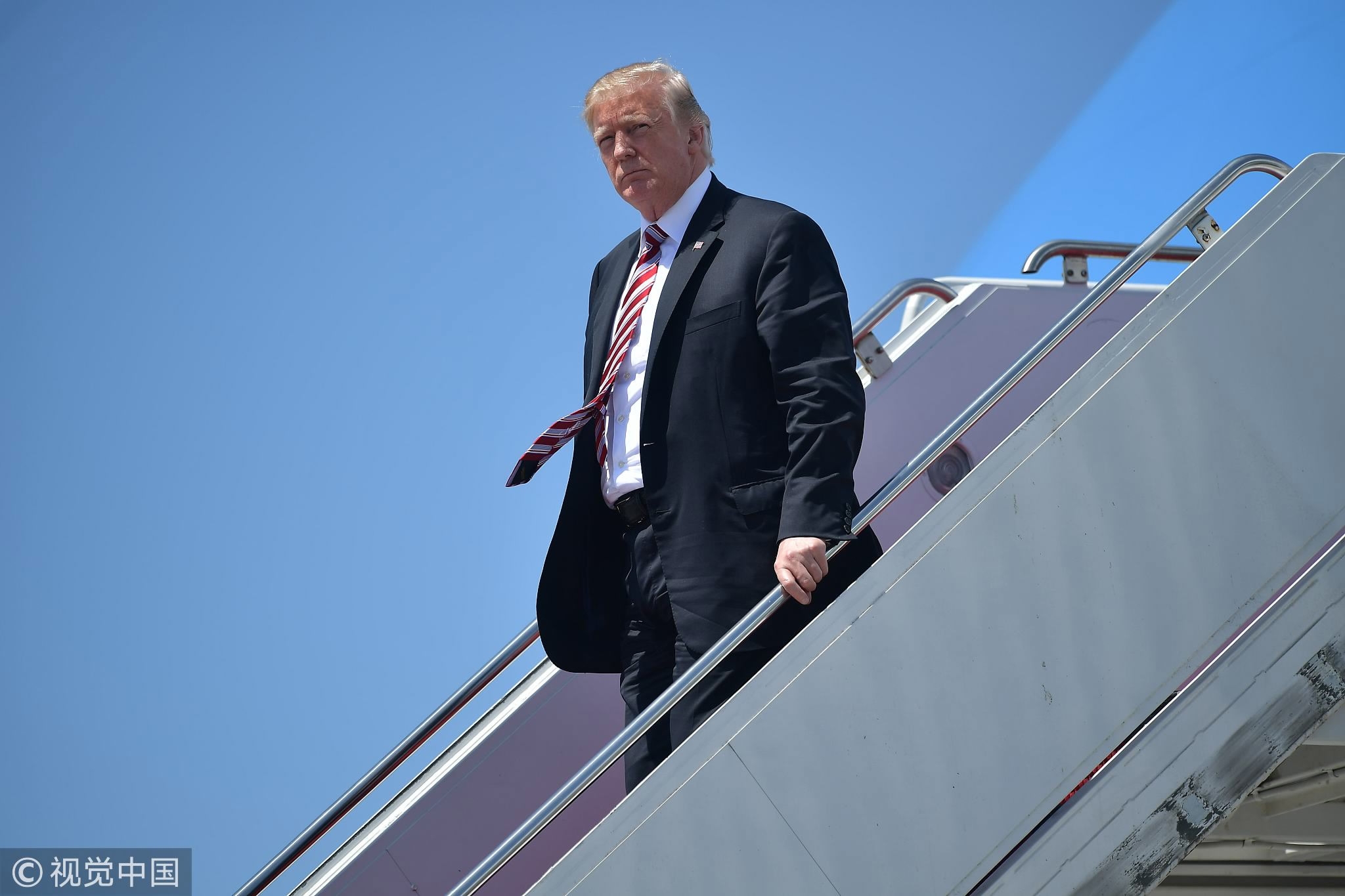 However, it seems that the Trump administration, characterized by a taint of flawed nationalism, is fond of ballooning the "China threat theory" and utilizing the Cold War mentality in the face of failure. Intensively pursuing benefits to put America first, they are also missing the larger picture: irreversible globalization.

Industrial revolutions and economic integration have brought forth a more elaborate division of labor and a more professional division of industries. Cross-border trade has seen a humming uptick. Between 1950 and 2016, the world trade in goods increased over 250 times, according to Li Ruogu, former chairman and president of the Export-Import Bank of China.

Those who counter this upswing, which has already encountered obstacles from trade skeptics and populists, will ultimately end up being isolated. And in this intertwined world, neither Beijing nor Washington can avoid dealing with each other. As bilateral trade is inescapable, both sides should work on building their all-weather ties. A partnership, though not that consummate, is far better than a tit-for-tat trade conflict.

Ultimately, the West should learn to tolerate China's growth. If Trump continues to create these make-or-break scenarios, the US will not walk away unscathed. Washington should better consign the "China threat theory" to history, or it'll face a rupture with the rest of the world.