OPINIONS US should ensure fairness in Chinese firm's land deal

US should ensure fairness in Chinese firm's land deal 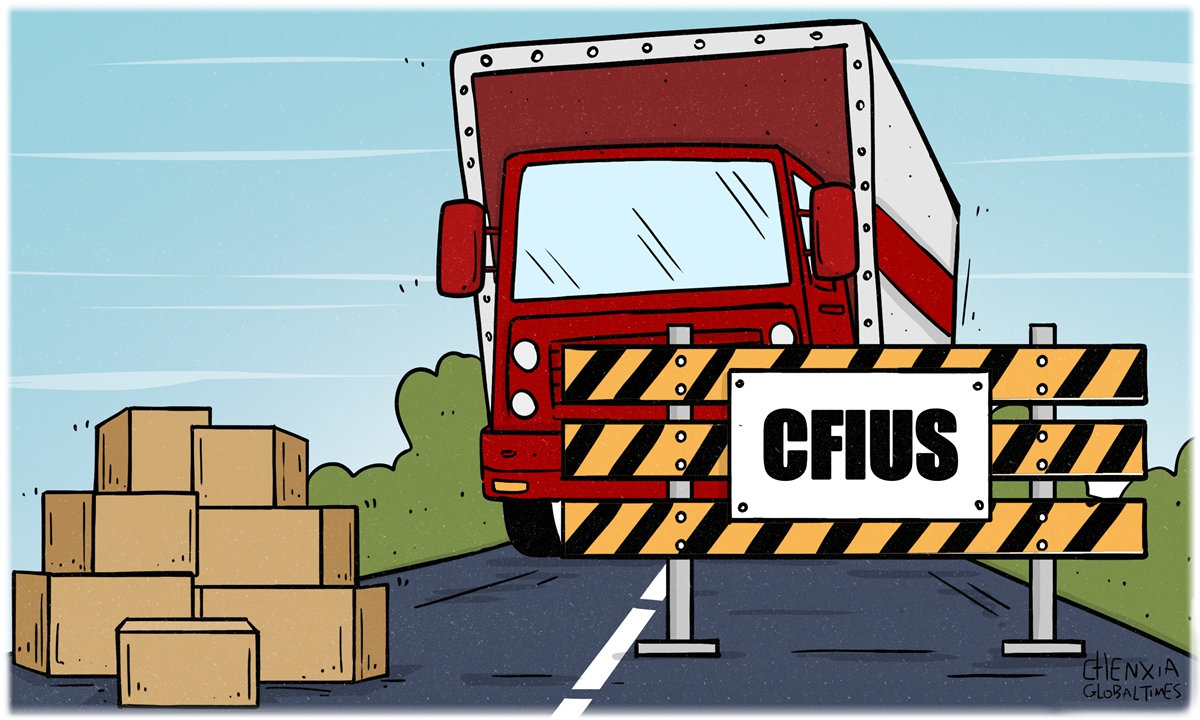 The US state of North Dakota's governor Doug Burgum sent a letter to US federal officials asking that the Committee on Foreign Investment in the United States (CFIUS) conduct an expedited review of Fufeng Group's recent purchase of land for a wet corn milling plant, the Voice of America (VOA) reported on Thursday.

Fufeng USA, the US subsidiary of a privately owned Chinese company that makes components for animal feed, reportedly purchased a parcel of farmland in Grand Forks this year for the construction of a wet corn mill. Though the deal is a normal business transaction, it has sparked controversy in the US, because the land is reportedly 20 minutes, approximately 12 miles, from the Grand Forks Air Force Base, which is said to house some of the US' most sensitive military drone technology.

The controversy has evidently exerted pressure on the food processing company and local authorities. Burgum said in the letter that local authorities have encouraged Fufeng to lodge a voluntary CFIUS filing, and the company has reportedly agreed to do so. The State has asked that this review process be completed with the utmost urgency to aid local officials in their decision-making process and provide clarity on whether this land purchase has national security implications.

It's clear that both the company and local authorities in North Dakota are eager to complete the deal. Particularly, Burgum's letter shows that the transaction could be very beneficial to the local community. However, given the current US political climate filled with anti-China rhetoric, the deal apparently faces extra hurdles.

The US should view Chinese investment objectively, and avoid letting ideological bias hinder normal business transactions. The possible CFIUS review itself is a reflection of ideological bias, but if the review is inevitable, there are three things that should be kept in mind.

First, the corn milling plant, according to media reports, is estimated to bring as many as 1,000 construction jobs and more than 200 permanent jobs to the local community. In the letter sent to US Treasury Secretary Janet Yellen and US Defense Secretary Lloyd Austin, Burgum said the proposed wet corn milling plant would improve the price North Dakota farmers receive for their corn.

Second, Todd Feland, the City Administrator for Grand Forks, said the city and Fufeng continue to be "100 percent behind the project," even with growing opposition and suspicion toward it, the AP reported Wednesday. The Grand Forks City Council in February gave initial approval to the deal. Farmers have also welcomed the project as a new place to sell their corn.

Third, the US is often flaunted itself as the most open country in the world. If the US wants to remain attractive for global investors, the CFIUS should prove that US national security concerns are not political excuses to target Chinese companies. As the Fufeng case has attracted wide spread attention, if CFIUS conduct a review of the purchase of land for the corn milling plant, it should handle this case fairly and transparently, otherwise it will further hit investor confidence and damage US' business environment.

It is hoped that the proposed corn milling plant can proceed smoothly without CFIUS review, but if a review is inevitable, the US should ensure fair and transparent review process.