OPINIONS US should follow reason opt for diplomacy, not sanctions

US should follow reason opt for diplomacy, not sanctions 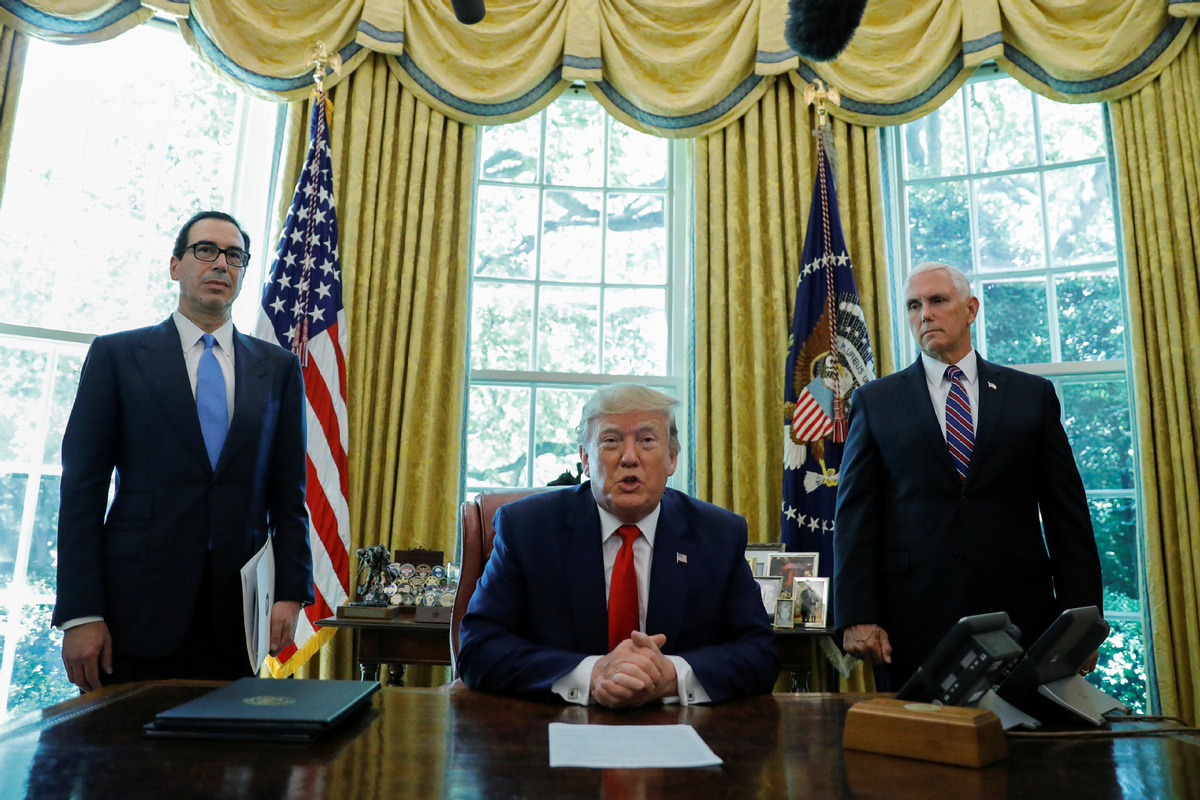 US President Donald Trump speaks before signing an executive order imposing fresh sanctions on Iran as Treasury Secretary Steven Mnuchin and Vice President Mike Pence look on in the Oval Office of the White House in Washington, US, June 24, 2019. (Photo/Agencies)

Following Washington's threat to impose additional sanctions on Teheran after the latter shot down a drone of the United States military, the other shoe dropped on Monday.

Along with President Donald Trump's executive order announcing sanctions on the Supreme Leader of Iran as well as his Office, the US Treasury Department subjected eight senior commanders of the Islamic Revolutionary Guards Corps to the same sanctions. The move is meant to deny those designated access to certain financial resources by blocking transactions involving any property or other assets they hold in the US, according to Trump and the White House. And the designation of the Iranian foreign minister is said to be forthcoming.

Together with US State Secretary Mike Pompeo's ongoing visits to Saudi Arabia and the United Arab Emirates, this marks a fresh move to isolate Teheran economically and diplomatically.

Although US Treasury Secretary Steven Mnuchin sounded confident in his claim that the move would "lock up literally billions of dollars" in Iranian assets, and be "highly effective", it may prove more symbolic than substantive, even more so than those sanctions the Trump administration has reimposed targeting Iran's oil exports, the Islamic republic's economic lifeline.

Not that it is completely enforceable. Technically, individuals or financial institutions found facilitating "significant" transactions or financial services may easily be identified and punished.

But as others, such as Rand Corp Middle East expert Ariane Tabatabai, have said, the practical impacts may be "fairly limited". Such judgments are based on the fact that many of the designated individuals are already on other US sanctions lists, and have little to do with the US financially.

More fundamentally, the foreseeable ineffectiveness of such sanctions can be traced to two fundamental flaws in the current US administration's approach to Iran.

First and foremost, Washington is building its case against Teheran on shaky grounds. It withdrew from the 2015 nuclear deal accusing Iran of violating it, but United Nations inspectors have found no evidence of violations on Teheran's part. None of the other signatories to the deal buy Washington's claim. Now Washington is imposing new sanctions arguing Iran is behind recent attacks on oil tankers, which Teheran has denied, and downing a US drone flying in international airspace or Iranian airspace according to Teheran.

More important, Washington has by and large been going it alone in its ongoing wrangling with Iran, encouraged by its allies in the region. Washington cannot even count on the usual suspects to support it since it does not have any convincing evidence with which to pin its accusations on Teheran.

Trump's decision to call off the military strike is worth applause. His faith in "maximum pressure" aside, the apparent preference for patience Trump has displayed gives the opportunity for diplomacy that would prove more rewarding than force.