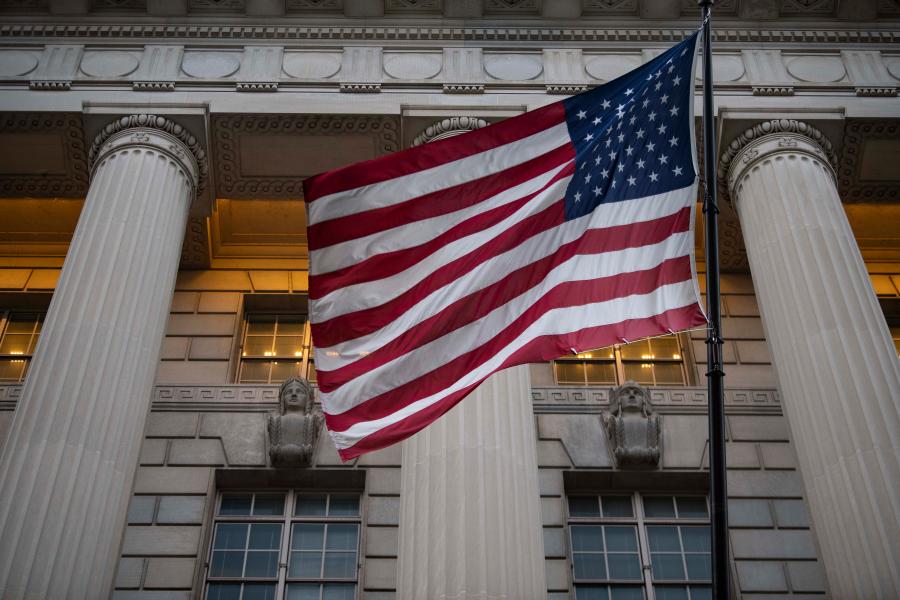 Photo taken on Aug 5, 2020 shows the US Department of Commerce in Washington D.C., the United States. (Photo: Xinhua)

The Joe Biden administration has shown its reluctance to get sidetracked by regional concerns such as the war in Afghanistan and conflicts in the Middle East.

But two weeks of a bloody upsurge in the Israel-Palestine conflict is a reminder that the America that President Biden claims "is back" can't pretend those troubles are negligible just because it wants to make a strategic geopolitical shift.

The Biden administration has found itself under fire, because of its initial silence, and then its shilly-shally statements on the bloodshed. What it has done — issuing ambiguous appeals for restraint while avoiding getting further involved — is certainly not what people expect of the US as a global leader, or even as a responsible world power with significant influence in the region.

As time goes by, the Biden White House will learn it will prove far more complicated for the US to withdraw itself from the convoluted state of affairs in the Middle East than from Afghanistan. If the US sees neither a significant national interest nor a clear and present danger in Afghanistan, it is the opposite in the Middle East. Israel as a key longstanding ally and Iran as a foe notwithstanding, it would be naive to assume the region can easily be put on the back burner.

No matter what imperativeness Washington seeks to attach to the Indo-Pacific, the kind of emergency the previous and current US administrations have cultivated is based more on imagination than the reality.

That is not the case in the Middle East. As the ongoing Israel-Palestine conflict illustrates, what is happening there is far more pressing actuality. Rather than worry about the US leaving a strategic vacuum for China or Russia, as some alarmists have begun clamoring, Washington needs to think about its commitment to regional and global peace and stability and rethink the appropriateness of a hands-off approach.

Thanks in part to the global prevalence of social media, public attitudes toward the US administration's response appear to be polarizing inside and outside the US. Increasing questions are being raised — about what it means by "quiet, but very intensive diplomacy", about the US' selective championing of human rights, about US morality as global leader.

That the US is trying to pick and choose the issues on which to lead, and shrug off the consequences of its mistakes, promises that the course it takes will finally depend more upon necessity than intent.

For it beggars belief that US Secretary of State Antony Blinken should say that "the question is would any given action or any given statement actually advance the goal of ending the violence".

If the US was to abandon its partiality and stand with those calling for a cease-fire and negotiations on a two-state solution, then perhaps an affirmative answer could be found to that question. Certainly, that goal is not going to be advanced if it continues to make itself part of the problem.