OPINIONS US should not 'dirty its hands' in Middle East, or should it?

US should not 'dirty its hands' in Middle East, or should it? 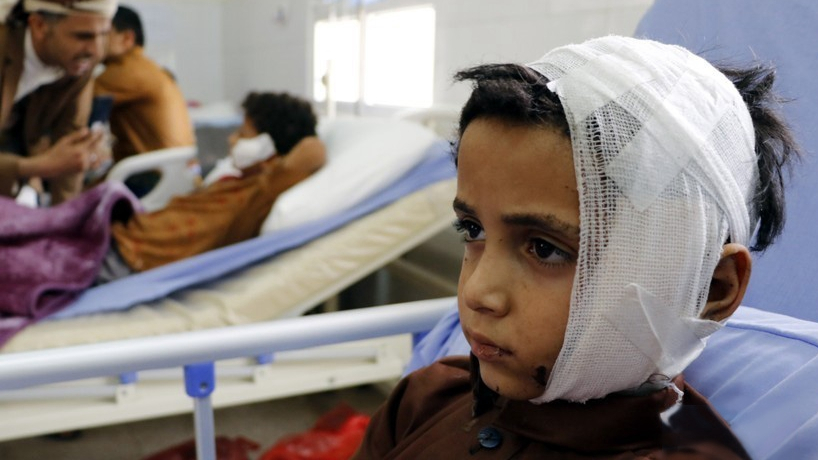 A recent investigation by the Associated Press has found that militias in Yemen, backed by a Saudi-led coalition, which is supported by the US and UK, have been recruiting hundreds of Al-Qaeda militants to fight Houthi forces to reinstate the ousted government of Yemeni President Abd-Rabbu Mansour Hadi.

Michael Horton, a fellow at the Jamestown Foundation, a US analysis group that tracks terrorism, claims that elements of the US military are clearly aware that much of what the US is doing in Yemen is aiding Al-Qaeda. However, supporting the UAE and the Kingdom of Saudi Arabia against what the US views as Iranian expansionism takes priority over battling Al-Qaeda and even stabilizing Yemen.

"It's probably a fair comment. I think anything you do to go against Houthis in Yemen certainly helps Al-Qaeda because the two sides don't get along. Implicitly, you are going to help Al-Qaeda if you help the Saudis and the UAE whether you really want it or not," Ivan Eland, a senior fellow at the Independent Institute, said during an interview with CGTN's The Point with Liu Xin.

He argued that the US has no strategic interest in Yemen and called for the US not to dirty its hands, as lots of civilians are being killed in Yemen by the bombings. "It's just not worth it. And also, I think the indirect benefit is to benefit Al-Qaeda. Al-Qaeda is a more serious threat than Iranian expansionism is," he added.

Seventeen years after the 9/11 attacks, it is reported that Al-Qaeda may be stronger than ever and US policies in the Middle East appear to have encouraged its spread.

"The American objective in engaging with countries in the region should really be to not just go after these groups militarily, but also try to dry out the causes of it and working partnership with these governments to bring more stability to these countries," Rubin explained, adding that the Trump administration hasn't been working very well in this regard. They have focused instead on the hard power aspect of engaging in these issues and have reduced the American diplomatic presence in the region. "We are in a negative circle feeding into a dynamic that encourages instability rather than stability," he concluded.

In the eyes of Eland, staying out of all the instability in the Middle East could be a better choice for the US to avoid being attacked. "We just need to let the people [in the region] work the conflicts out themselves. The US has 21 trillion dollars in debts and we are overextended," he said.

However, Rubin held a different view. He believed terrorist groups won't play nice even if the US stays out. "We need to work with governments who are willing to engage their population in a process that brings inclusivity, political inclusivity, and development," he concluded.