OPINIONS US should repent over its foiled plot against Huawei

US should repent over its foiled plot against Huawei 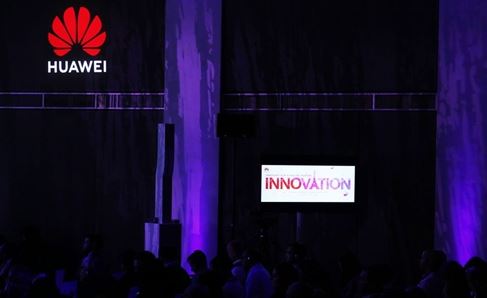 The British government announced on Tuesday that Chinese tech giant Huawei would be allowed to take a role in UK 5G networks, but with restrictions. The Chinese firm will be excluded from "security critical" core areas, including nuclear sites and military bases.

In addition, it will only be allowed to account for 35 percent of network equipment and base stations in the UK.

Generally, it is a major setback for attempts by the US to prevent the use of Huawei technology among its allies. The UK is the most prominent ally of the US in Europe.

Washington has done its utmost to persuade the UK not to use Huawei equipment in the construction of its 5G networks. The US has warned that it could damage the special relationship between the two nations, that it may no longer share intelligence with the UK and that it may even affect trade talks between the two countries.

However, the UK ultimately decided to adopt Huawei technology, while comforting the US by saying it will "adopt the technology with restrictions."

The decision has sent two messages. First, as a leader in 5G, Huawei has unmatched technologies which are critical for the UK's next-generation network.

A total ban on Huawei would mean the UK's 5G network would be slow and costly, and its commercial services would be delayed for at least two years. In fact, the UK government had very limited options.

Moreover, what the US did on this issue is irrational indeed. They have been forcing their ally to do what they are unwilling to do. It is no longer the "Cold War" era, during which security dependence on the US meant everything to its allies.

As an ally of the US, the UK has multiple interests of its own on top of the special relationship between the two countries. It is unacceptable for the UK to maintain that relationship at the expense of its sovereign right to cooperate with China. In order to protect its national interests, it is essential for the UK to maintain a special balance between the US and China.

Both the US and its allies know that the claims about Huawei being a threat to information security in various countries are blatant lies. Countries using Huawei 4G technology have reported no incidents of national security breaches by local telecommunications networks using Huawei equipment.

Some countries gave ambiguous promises to Washington regarding banning Huawei. In fact, they are just dodging political pressures from the US.

Many countries that want to use Huawei technology are having trouble dealing with the US. They will surely be relieved after the move by the UK.

As it is in the "Five Eyes Alliance" and has the highest level of intelligence sharing with the US, other European countries have even more reasons to cooperate with Huawei in accordance with the "British model." Washington cannot stop London from using Huawei equipment, and it is even harder to stop Berlin and Paris.

Australia, which banned Huawei to please the Trump administration, will likely face considerable risks in social and economic development due to a sluggish improvement in 5G technology. The country is now standing alone on the other side of the high-tech revolution.

Indeed, the US shouldn't have tried to make things difficult for Huawei. Actually, the US has created a big problem for itself. With the setback in the UK, it is necessary for Washington to reflect instead of continuing to make mistakes.

The US government can turn its policy against Huawei into one of increasing cooperation with it. Under its current policy, the US will have one of the weakest 5G networks among Western powers. For Huawei, it is just less revenue; for the US, it means slower 5G networks.

The total loss to the US will be greater than that of China. It is undoubtedly the wrong way to "contain China."

Washington needs to calm down and abandon its imposition of extreme pressure on Huawei. As a world superpower, the US must have other reasons for oppressing the Chinese company.

Facts speak louder than words. The US intimidation of Huawei will surely be met with more opposition from other countries. Banning Huawei is also hurting its national interests.

If the US is determined to upgrade its oppressive measures against Huawei, it will only bring more chaos and hurt to international communities in which it is involved. For the US, the loss outweighs the gain.