OPINIONS US should respect Latin America's right to make decisions

US should respect Latin America's right to make decisions 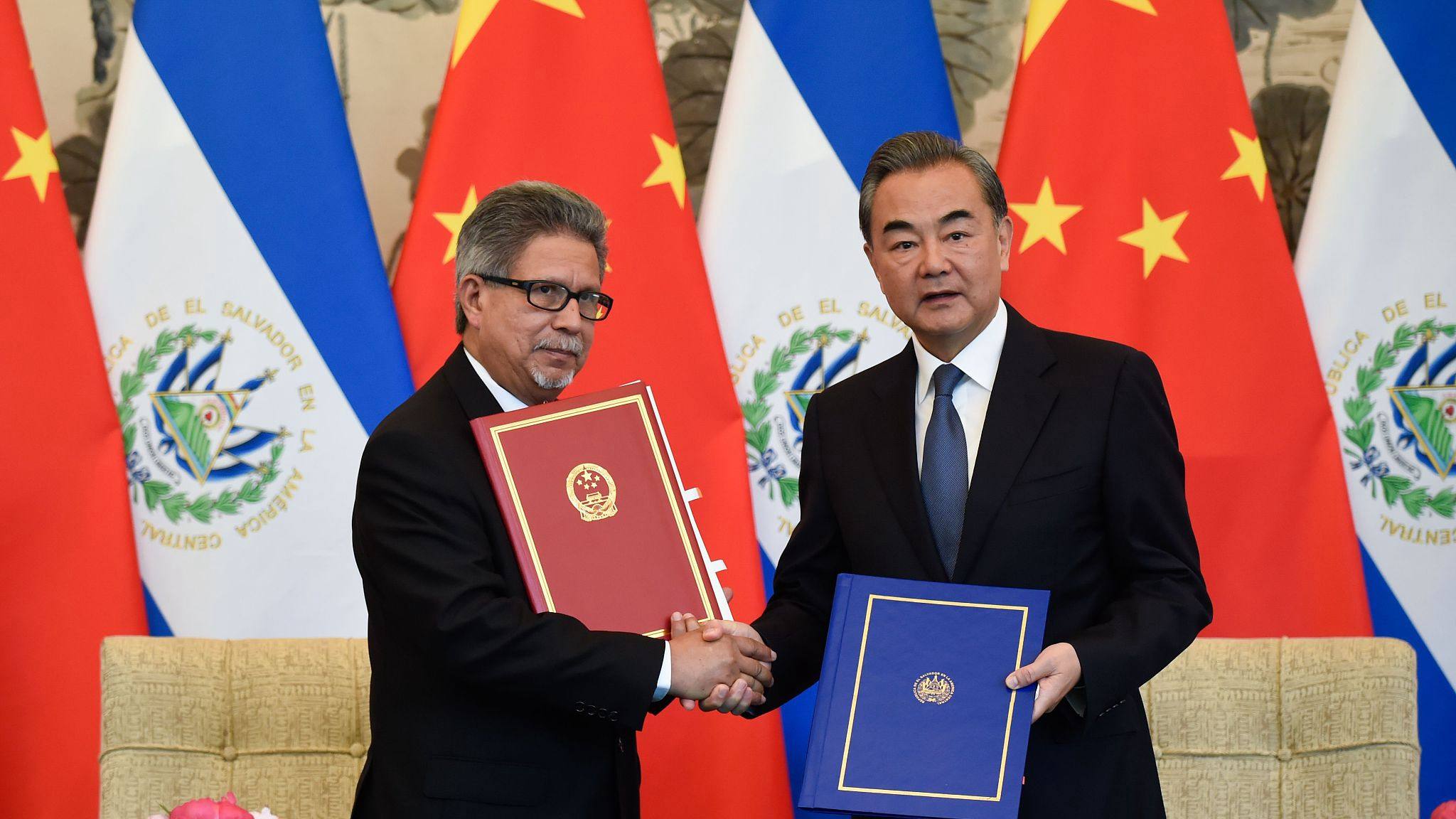 Following Panama and the Dominican Republic, El Salvador is now the latest country to establish diplomatic relations with China, hoping to boost its economy.

Meanwhile, the United States has criticized El Salvador's decision and accused China of "interfering in the affairs of a Western Hemisphere country." China responded strongly with the argument that the US should respect the rights of other countries in making an independent diplomatic decision.

The establishment comes amidst the conflict between El Salvador's urgent need for financial aid and the absence of US assistance. Trump immigration polices have impacted at least 200,000 people in Latin America after implementing a policy that negatively impacted their visa status.

Remi Piet, a research fellow at the University of Miami, admitted that economic gain is a strong incentive for Latin American countries to gravitate toward China as the US has become less proactive in the region.

"Trump didn't even attend the Summit of the Americas in Peru, which is an obligatory event in [Latin America] for a US president," said Benjamin Gedan, a former South America director on President Barack Obama's National Security Council.

According to Gedan, the US absence has been a chronic issue, but recently gained greater attention when coupled with the lack of corporate investment and US government involvement.

For El Salvador, it has sufficient reasons to build up new diplomatic ties with China, given the huge potential of opening up a giant market and getting infrastructure aid. However, the reaction from the US exposes its concern about China's political influence in the northern triangle of Latin America. One factor, according to Remi Piet, can be the potential threat to US homeland security if El Salvador harbors are turned into military facilities for Chinese vessels.

Xu Qinduo, a senior researcher at the Pangoal Institution, saw that interpretation as  "far-fetched."

"China has always respected the US influence in its backyard, especially in the Caribbean region," said Xu. "Isn't it hypocrisy that the US is now stopping El Salvador from doing something that it did some 40 years ago?"

According to Xu, for El Salvador and many other countries, diplomatic relations with Beijing is an independent decision and should be respected in the international community.

However, El Salvador is inevitably becoming a battlefield regarding diplomatic recognition between Beijing and Taipei, as is the case in other Latin American countries. Although the 1992 consensus has established the One-China Policy across the strait, the flexibility of interpreting the concept left room for long-term debate. That recognition dispute usually resulted in a "power play" between Beijing and Washington.

Nevertheless, the main factor of the diversification of El Salvador towards China is the eroding US soft power in Central America.  Traditionally, the Americas have strong cultural and economic ties with the US. El Salvador alone exports 70 percent of its goods to the US and relies on the US for a large portion of goods that are not produced in the country.

Although the US has warned about reevaluating "its relationships with El Salvador," terminating its financial aid to the country is of little possibility, according to Gedan.

"The US commitment to the northern triangle of Latin America is in the interest of the US, which sees it through the prism of migration," said Gedan. "The more feasible way of solving the problem is through diplomacy."

Instead of blaming other countries for solving their economic problems with foreign aid, the US should consider the possibility of going back to the region, according to Gedan.

"The US is sacrificing its advantages and credibility," said Gedan. "We could have made a credible claim in terms of transparency, respect of the labor code and their environment."