US should stop playing political games under excuse of COVID-19 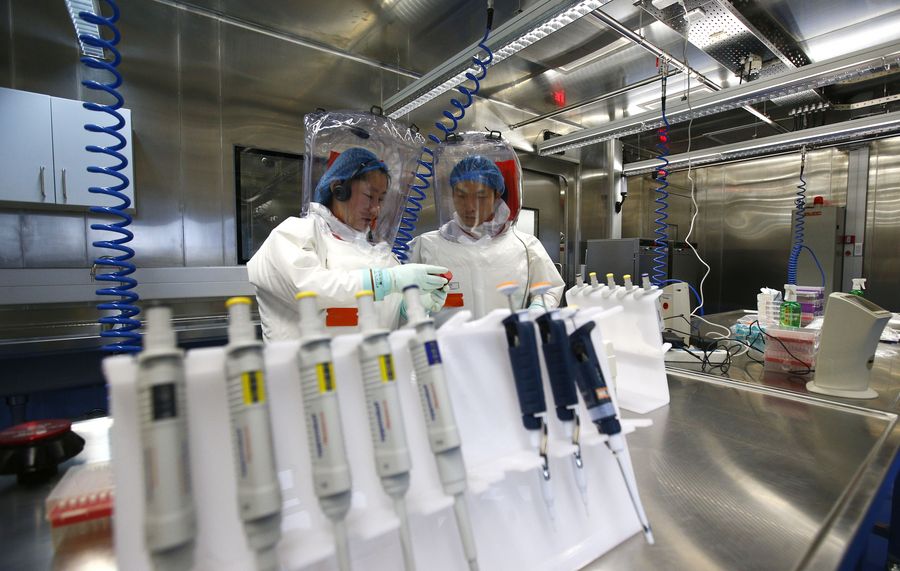 Some American politicians just played their same old trick again, making irresponsible remarks on multiple occasions that the novel coronavirus originated from China's Wuhan Institute of Virology (WIV). They declared, in a high-sounding manner, to make an investigation, and such ridiculous remarks were even hyped by Fox News.

Seeking the origin of the virus is a serious and rational issue that calls for science-based and professional approaches. The so-called assumption that the virus came from a lab had long been dispelled by global scientists. Chief of the World Health Organization (WHO) reiterated that there’s been no evidence showing the virus was produced in labs or for the purpose of making bioweapons.

On February. 19, 27 medical experts from eight countries issued a joint statement on The Lancet, making strong condemnation on conspiracy theories suggesting that COVID-19 does not have a natural origin.

The statement said that “Scientists from multiple countries have published and analyses genomes of the causative agent, severe acute respiratory syndrome coronavirus 2 (SARS-CoV-2), 1 and they overwhelmingly conclude that this coronavirus originated in wildlife as have so many other emerging pathogens. This is further supported by a letter from the presidents of the US National Academies of Science, Engineering, and Medicine13 and by the scientific communities they represent.”

The US politicians cooking up anti-science stories have their secret political goals. They just can’t wait to stir up troubles, divert attention and shift responsibilities, from accusing Beijing for not informing Washington about the epidemic in a timely manner, to stigmatizing China by associating the virus with the country, and to hyping the relations between the virus and the WIV. However, anyone that is rational and respects science would scoff at such farce staged by these American politicians.

Scientific and professional issues need to be addressed with science-based and professional approaches. “We have no argument to claim that this virus would have escaped or been manufactured in a laboratory,” said Belgium’s spokesperson for COVIN-19-related issues and virologist Emmanuel André, adding that the genetic structure of this virus is natural. The hypothesis that a virus was created in a lab in Wuhan sounded "a conspiracy vision that does not relate to the real science," said Jean-Francois Delfraissy, an immunologist and head of the scientific council that advises the French government on the COVID-19 pandemic. UK academic journal Nature pointed out that “Continuing to associate a virus and the disease it causes with a specific place is irresponsible and needs to stop.”

Politicizing science issues, disseminating conspiracies and stigmatization are in essence attempts to impede the global solidarity and cooperation, which will cause huge damages especially when the world is currently facing extremely urgent challenges posed by the COVID-19 pandemic.

The American politicians had better stop playing the ridiculous political games that run counter against science, stop politicizing the pandemic, and join international cooperation to fight the disease with concrete actions so as to dispel the dark clouds of the pandemic with the light of cooperation. This is for the lives and health of Americans, as well as the public health security of the world.

All human beings dwell in the same community with a shared future, so it’s better to do more to secure the homeland.