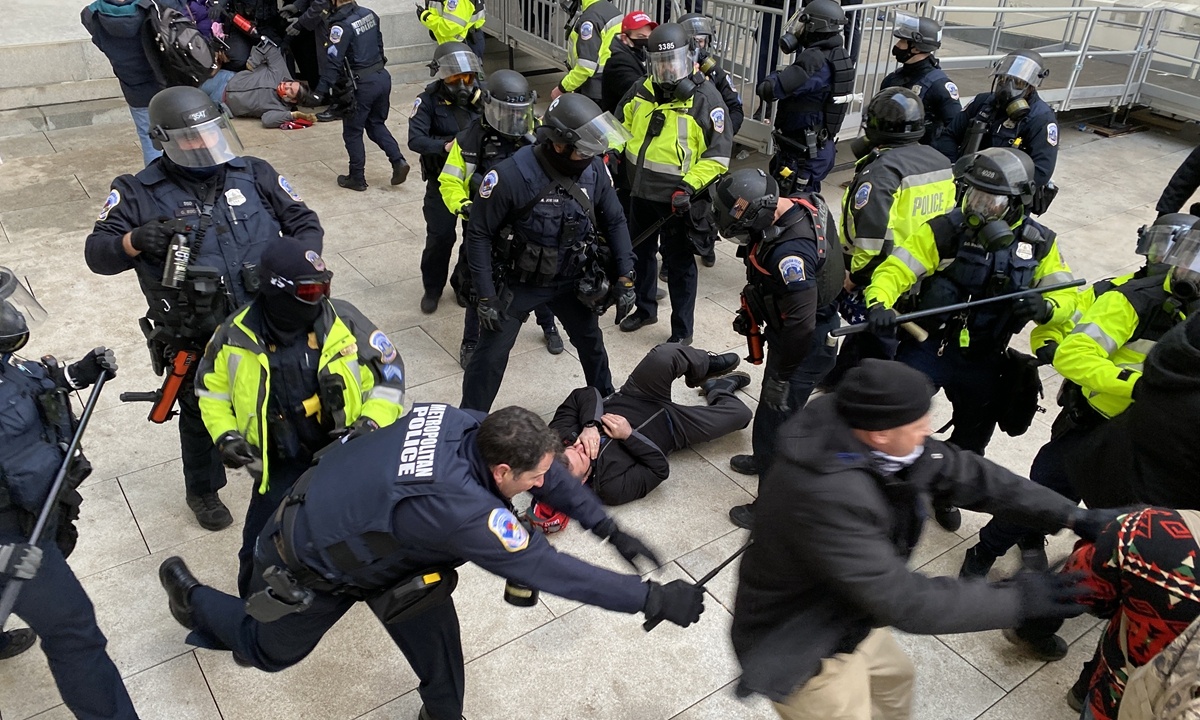 Security forces respond after the US President Donald Trump's supporters breached the US Capitol security in Washington DC, US on January 6, 2021. Pro-Trump rioters stormed the US Capitol as lawmakers were set to sign off Wednesday on President-elect Joe Biden's electoral victory in what was supposed to be a routine process headed to Inauguration Day. (Photo: AFP)

President Donald Trump has gone too far. But it would be naive to suggest that this was just a personal capricious farce, and that US' success in voting him out was a correction.

The fact that Trump's supporters were able to storm Congress in this way is the result of a deeply fractured US society where rule of law is no longer able to effectively manage this fragmentation. Trump still has many supporters with wild emotions that still pose a serious challenge to the authority of Biden's administration and undermine its legitimacy.

Some may say that the US is not Ukraine and it is capable of rapidly reestablishing all citizens' constitutional loyalty. They overestimate the power of the US political system. There is no doubt that the US system is degrading and showing signs of worsening as cancer.

Seeing such scenarios, many Chinese will naturally recall that Nancy Pelosi once praised the violence of Hong Kong protesters as "a beautiful sight to behold." People should ask her not to be dumb, and let her describe how beautiful the chaos on Capitol Hill is. I will spare readers a summary of her stances.

We condemn all unlawful violence.

We condemn all those who glorify violence for political purposes.