In a written statement on September 7, Heather Nauert, a spokesperson for the US Department of State, announced that the State Department has called back the US ambassadors to the Dominican Republic and to El Salvador and the US Charge d'Affaires in Panama "for consultations related to recent decisions to no longer recognize Taiwan." 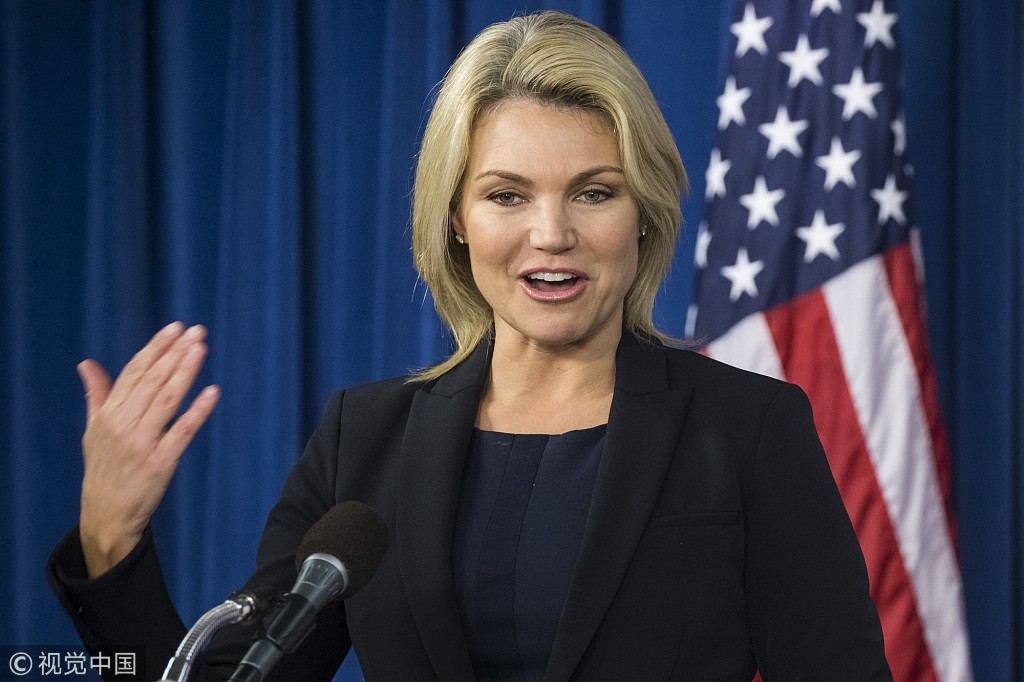 US Department of State Spokesperson Heather Nauert speaks to members of the foreign press during a briefing at the Foreign Press Center in Washington, United States on September 13, 2017. (File photos: VCG)

Nauert added that the diplomats would meet with leaders in Washington "to discuss ways in which the United States can support strong, independent, democratic institutions and economies throughout Central America and the Caribbean."

At a regular press conference on Monday, China's Ministry of Foreign Affairs responded to the issue by saying that the one-China principle is a universal consensus in the international community.

Spokesperson Geng Shuang pointed out that, on the basis of this principle, China has established diplomatic relations with countries, adding that it conforms to international law and the norms governing international relations and serves the interests of the Chinese people and the countries concerned.

Geng also pointed out that it is the general trend. "The choice of a sovereign country to develop diplomatic relations is its sovereign right and should be respected. Other countries have no right to make irresponsible remarks," Geng said.

Without mentioning the United States by name, he said to not forget the fact that the United States established diplomatic ties with the government of the People's Republic of China decades ago on the basis of acknowledging the one-China principle, adding that it needs to properly handle Taiwan-related issues and stop being irresponsible.

Nearly the whole world recognizes this fact, and the few countries that do not are quickly changing course. There is simply no excuse to throw a temper tantrum over a sovereign country's decision to correct its diplomatic relations with China. As hinted at above, the US should accept the general trend, and stop playing power politics.

The three countries, Panama, the Dominican Republic, and El Salvador, established diplomatic relations with the People's Republic of China on June 13, 2017, May 1, 2018, and August 21, 2018, respectively.