US to blame for tit-for-tat measures in 'media war' 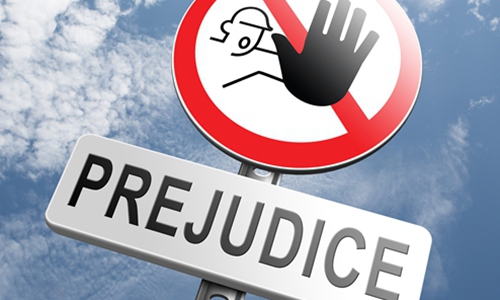 The US issued a new rule on Friday tightening visa guidelines for Chinese journalists. The new regulation will limit visas for Chinese reporters to a 90-day period. Such a shift came amid the escalating spread of COVID-19 in the US.

The US, a self-proclaimed model for democracy and liberty, cannot accept Chinese media engaging in normal journalistic activities in the country and has resorted to extreme measures to restrict them, which reflects Washington's lack of self-confidence

Such an approach will only impede the multicultural and inclusive political tradition that the US is so proud of. This is not conducive to the US' own development as it has driven the country into a vicious cycle where US policymakers find fault with China whenever the US encounters problems.

The country has long believed that its own attractiveness manifested through its diversity and inclusiveness, but the new visa guidelines and its previous oppression of Chinese news agencies demonstrate exactly the opposite, showing the country's weakening confidence in its system and culture in dealing with China. Washington might need to rebuild its self-confidence.

The US said the move was in response to the treatment of US journalists in China.

But like many other points of friction between the two countries, this "media war" was unilaterally launched by the US, and China's countermeasures are completely legitimate and justified for its self-defense. But Washington has repeatedly maligned Beijing, by laying blame and putting the horse before the cart. The US is using lame, groundless arguments and perverted logic to confuse opinion.

The US has politicized every China-related issue, therefore stopping itself from considering solving problems in a factual and rational manner. It seems that the US government is now politicizing Chinese media outlets as it sees media as a new arena of competition.

Washington's unwarranted restrictions on Chinese media are harming China without benefiting itself. On one hand, they prevent Chinese people from getting a better picture of the US. On the other, they are likely to push the US' domestic political, cultural, and social atmosphere toward close-mindedness instead of openness, and retrogression instead of progress.

US politicization of media issues also makes such friction between the two in this field tougher to resolve. US media outlets will hardly report and comment objectively on China's affairs in the future, and Chinese news agencies cannot freely conduct interviews and reports in the US. It will be difficult for both sides to gain a deep and unbiased understanding of each other's societies.

The media plays a vital role in exchanges between the two countries and their people. But the US approach will lead to the absence of ethics in media operations, making the media a political tool. It is sad to see this key communication channel eroded, which is unfortunate for both sides. But it was the US that started all this, and China has no choice but to strike back.

Whoever started this trouble should end it. The US government, whose actions led to current contradictions, should be responsible for resolving conflicts, but it is unlikely to do so. It remains uncertain how the situation will develop, but if Washington takes further actions against the Chinese media, Beijing will undoubtedly fight back.