OPINIONS US to suffer more from sanctions on HK

US to suffer more from sanctions on HK 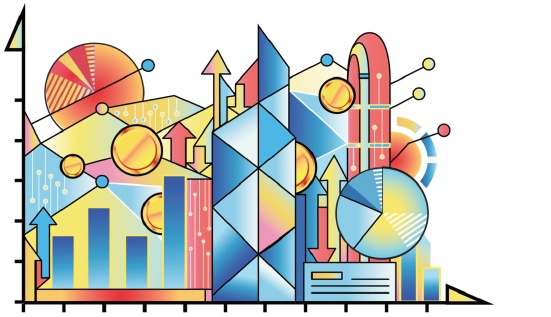 The recent decision of the National People's Congress, China's top legislature, to authorize its Standing Committee to close the national security loophole in Hong Kong by introducing national security legislation for the special administrative region has triggered concerns over Hong Kong's future as a global financial and logistics hub, especially because Washington has threatened to revoke Hong Kong's special status with the US.

Considering the United States Congress passed the "Hong Kong Human Rights and Democracy Act" last year, many believe Washington would be seen as being weak vis-à-vis China if it didn't take drastic measures against the NPC decision on national security legislation. Which means the US administration has enough motive to impose sanctions on Hong Kong.

First, according to the "Hong Kong Human Rights and Democracy Act", the US could impose sanctions on some SAR government officials and enterprises, ban the export of high-tech products to the city and strip it of its special status-and no longer treat it as a separate customs territory.

Second, Washington could restrict certain companies from doing business with or setting up offices/headquarters in Hong Kong, order investigations into the funds flowing into Hong Kong and assume control of US funds bound for or moving out of Hong Kong, and require US companies to pull out of the city.

The most extreme step Washington could take is to exclude Hong Kong's financial institutions, companies and individuals from the international dollar-payment system to stem its global transactions and push it into a systemic financial crisis.

How likely is the US to impose these sanctions, and what impacts will they have on Hong Kong's status as a global financial and logistics center?

If the US were to impose sanctions on some Hong Kong government officials and enterprises and ban the import of high-tech products to the region, it may harm some officials and companies, but its impact on the SAR as a whole will be relatively small. But if the US stops treating Hong Kong as a separate customs territory, the impact would be substantial.

However, Hong Kong's total exports to the US add up to only about $500 million a year, and its foreign trade is not much dependent on the US. By contrast, the US has accumulated a trade and services surplus of $297 billion with Hong Kong over the past decade-in 2018 alone, it was $33.8 billion.

Moreover, Hong Kong is also the third-largest export market for US red wine, fourth-largest for beef and beef products, and seventh-largest for agricultural products. So the US export sector will suffer extensive losses if Washington revokes Hong Kong's special status.

If the US bars some businesses from doing business with or setting up offices in Hong Kong, control the inflow and outflow of funds from the city, and order US companies to leave Hong Kong, the global market will lose confidence in Hong Kong, triggering a substantial depreciation of the Hong Kong dollar and flight of foreign capital from the city. Which in turn will cause property prices to fall, innumerable companies to go bankrupt, thousands of people to become jobless-as a result, Hong Kong would lose its status as a global financial and logistics center.

But while harming Hong Kong, Washington's move will also cause damage to the US. About 1,400 US companies operate in the SAR, including 283 with regional headquarters and 443 with regional offices in the city.

In addition, 85,000 Americans live in Hong Kong, making them one of the largest expat communities in the city. The total assets of US financial institutions and customer deposits in Hong Kong are about $148 billion and $79 billion. This, together with the Chinese mainland's extensive efforts to open up its financial sector to the outside world, means US financial institutions stand to lose billions of dollars if they shift operations from the mainland and Hong Kong.

If the US government imposes sanctions on Hong Kong, Western companies, including US companies, could lose lucrative future returns on their investments in Hong Kong-apart from missing out on the dividends of China's future economic growth.

And if the US were going to the extreme extent and exclude Hong Kong from the dollar-payment system, the SAR would lose its status as an international financial and logistics hub. But that will surely invite a series of fierce countermeasures from the Chinese government, which could leave the White House licking its wounds.