The US has been buried by mounting blames for its move to escalate the trade tensions all the way despite of warnings from international organizations, US media as well as heavyweights from all circles, claiming that its trade policy has put global supply chain at risks. 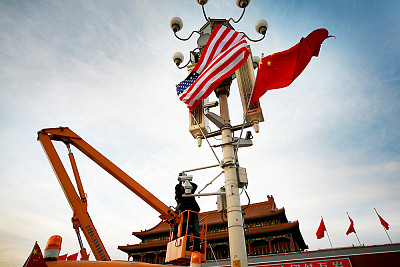 Rising trade tensions between the US and the rest of the world could cost the global economy $430 billion, with America “especially vulnerable” to an escalating tariff war, the International Monetary Fund (IMF) has warned in a recent study.

"Our modeling suggests that if current trade policy threats are realized and business confidence falls as a result, global output could be about 0.5 percent below current projections by 2020," the Washington-based organization said in an earlier report.

A tariff escalation, coupled with a shock to investor confidence, could reduce global exports and global income with losses across all regions, said a latest World Bank report.

The tariffs slapped by the US administration would make products of American companies more expensive, costing them sales, Washington Post said in a recent commentary.

“Business leaders are warning the high-stakes strategy could upend their supply chains and raise costs, as economists worry Trump's tactics could derail the broadest global upswing in years,” Bloomberg reported.

China's trade surplus with the US is neither an evidence to put China in the name of “unfair trade”, nor a reason for the falling employment and other economic losses of the US, according to Donald J. Boudreaux, a professor of economics at George Mason University.

In a world with more than two countries, there was no reason to expect a completely “balanced” trade between a pair of partners, the professor pointed out, adding that the trade deficit of the US against other economies was a sign of its wrong decision, but is more than that.

The US economy would benefit rather than suffer from more investments from other countries on its territory, Boudreaux stressed, suggesting the US resort to bilateral or multilateral trade talks if it really hoped to resolve the trade frictions with other economies.

“History tells us that unilateral trade protectionism move will never make others compromise”, he stressed.

The US government believed that de-globalization of American economy would revitalize its manufacturing and create more jobs, but as a matter of fact, its trade policy would only damage global supply chain, said Charles P. Freeman, a senior fellow at Brown University's Watson Institute for International and Public Affairs.

In the full-blown trade wars, when major economies clash, developing countries would be the hardest hit, Mukhisa Kituyi, Secretary-General of the UN Conference on Trade and Development wrote in an article, citing an African proverb, “When elephants fight, it is the grass that suffers.”

“Since the General Agreement on Tariffs and Trade took effect in 1947, the average value of tariffs in force around the world has declined by 85%. That is no coincidence; rather, it is the result of multilateral cooperation , and eight rounds of global trade negotiations,” he added.

Kituyi concluded that a global trade war might jeopardize the multilateral trading system itself, and its effects would be felt everywhere, especially in the world's poorest countries.