OPINIONS US trying to export costs of its inflation

US trying to export costs of its inflation 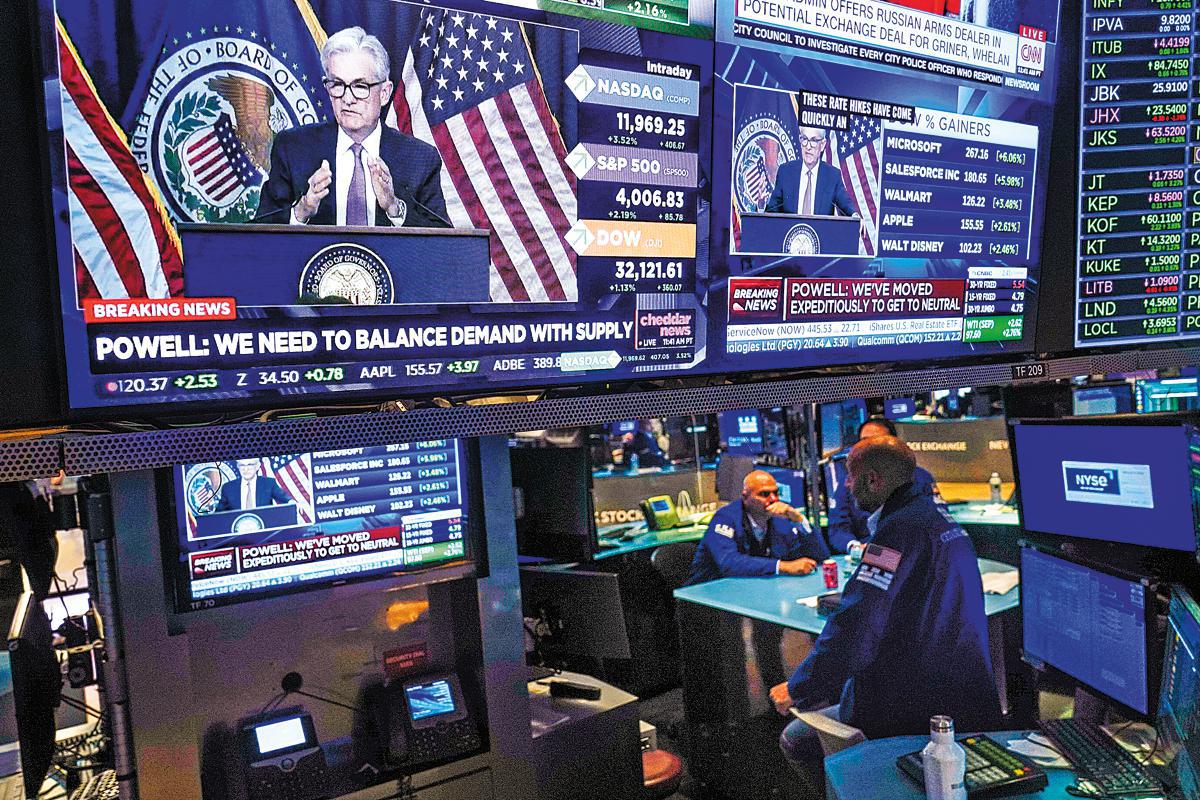 Following its interest rate hikes of 25 basis points in March, 50 in May and 75 in June, the United States Federal Reserve announced another rise of 75 basis points last week.

According to the Fed, the median forecast for its interest rate at the end of this year was 3.4 percent, which is now 2.25-2.5 percent. That means there are still 90-100 basis points or so to spare. The Fed has also started the process of shrinking its balance sheet.

But whether the moves can resolve the highest inflation since the 1980s in the country remains uncertain as it is caused by factors that are beyond the Fed's reach.

What is certain is the negative spillover effects caused by the Fed's moves are building up for the rest of the world. That means the US is taking advantage of the dollar's status as international currency to diffuse its inflation worldwide, and put headstalls on the world to pull the recovery of the US economy.

The moves will prompt the outflow of capital from other countries, particularly the emerging market economies as well as those with high debts and leverage levels, sapping the foundation of their already unstable recovery.

Although the US has registered negative GDP growth for two consecutive quarters, the performance of the labor market is relatively strong, with 2.7 million new jobs created in the first half of this year.

That the US economy has not yet entered a technical recession means the Fed's interest rate hike may slow down, and the schedule of its balance sheet shrinking may also be adjusted according to the reaction of the domestic market.

But that only serves to address the superficial symptoms of the inflation. The US requires corresponding deregulation in the labor market to prevent the emergence of the "wage-price spiral" inflation mechanism. And it should also provide institutional relief on the energy shortage that has caused this round of inflation, which, however, is almost impossible if the Joe Biden administration continues to pour oil on the flames of the Ukraine crisis and heightens its containment policies targeting China at the cost of the global supply chains.

Washington should realize that its monetary policy cannot resolve the root cause of the inflation in the US, which is not only the result of its excessive issuance of currency but also the geopolitical tensions and its decoupling efforts targeting China.

It should adopt a new geopolitical position, ensure the stability of the global supply chains, create favorable conditions for countries to strengthen a new round of globalization and trade liberalization negotiations so as to prevent decoupling and other anti-globalization moves.