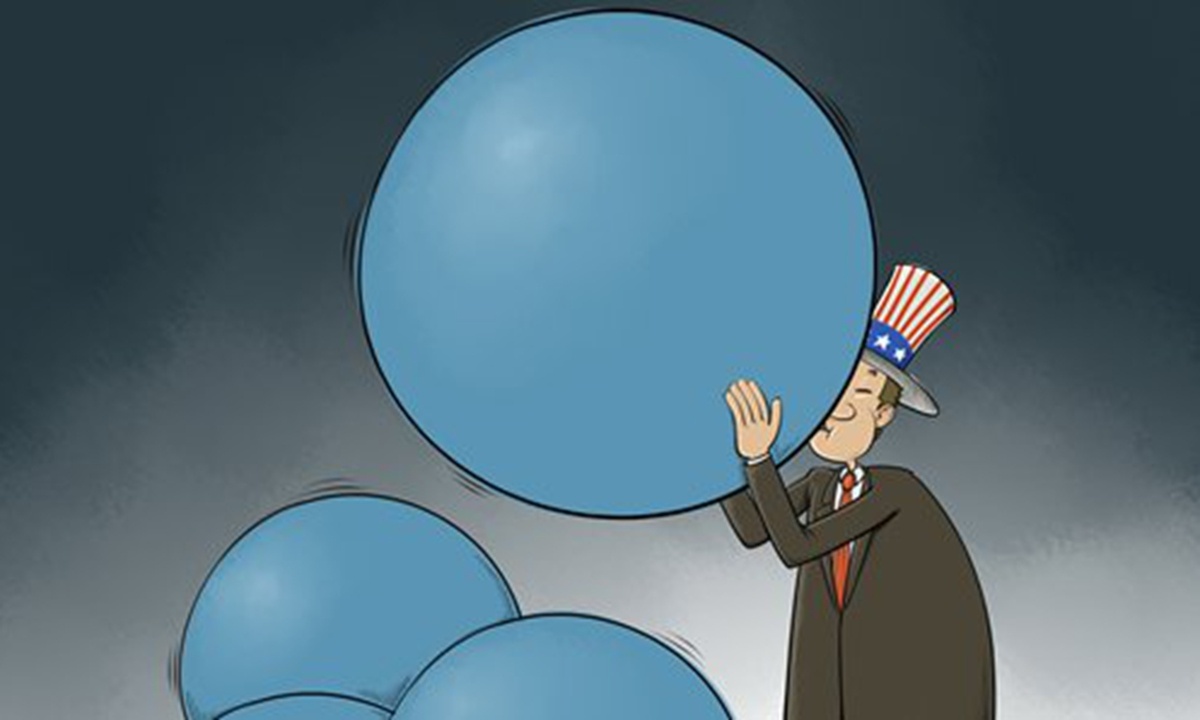 The US Naval Institute (USNI), an independent member association based in the US, reported that US Navy Secretary Kenneth Braithwaite called for the Navy to establish the US 1st Fleet closer to the border of the Indian and Pacific oceans. The aim is to more fully address the naval challenges of the US Indo-Pacific Command.

This location could perhaps be based out of Singapore.

The USNI said Braithwaite announced his intention on Tuesday while delivering a speech at the Naval Submarine League's annual symposium. "The Chinese have shown their aggressiveness around the globe… Not since the War of 1812 has the United States and our sovereignty been under the kind of pressures that we see today," he said.

Meanwhile, China's "aggressiveness" is just a sufficient excuse for the US to expand its navy forces. Whoever takes office in January will spare no effort to advance the American navy. US political elites are on the same page in their efforts to maintain maritime hegemony in a bid to counter the pressure from the so-called challenge of the People's Liberation Army (PLA). Washington hopes to achieve a stronger navy to counter China, maintain the freedom of navigation and prevent other countries' from over exploitation of the sea.

The 2021 Index of US Military Strength, issued by Heritage Foundation on Thursday, graded the US Navy capability as marginal trending toward weak. In terms of the shipbuilding capability, the index underlines that China's navy grew by more than 27 percent to 335 warships from 2007 to 2017. By contrast, the US Navy had contracts to build 79 ships as of March 2020. A Pentagon report generated in August said that China now has world's largest navy as Beijing expands its military influence.

The US' hype about China's navy forces is exactly obviously an exaggeration. From the perspective of both quality and quantity, the PLA is still behind the US Navy, whose capability is still expanding. Washington's narratives oversimplify and overstate Beijing as a threat.

The US navy's 1st Fleet operated from the immediate post-World War II period to the early 1970s. If a new numbered fleet is established, the US will clearly be enlarging new naval forces.

Adding a 1st Fleet will ramp up the scale and strength of the US Indo-Pacific Command. A new 1st Fleet might have a capacity similar to that of the 7th Fleet - with an aircraft carrier strike group and an amphibious strike group.

Braithwaite suggested that putting a new numbered fleet near Singapore would be "right out of the chocks." But this would be a troubled choice as the country's Changi Naval Base is not large enough to accommodate two big strike groups mentioned above. Besides, the base is too close to China, and thus will bring security concerns to the fleet. Therefore, the Changi Naval Base might be qualified to be a temporary option. Moreover, Singapore will consider the influence of such deployment and its relations with China - the city-state will not necessarily agree this US move.

As the new 1st Fleet will focus on the Indo-Pacific region, putting it at Guam or Hawaii might be feasible to cover all waters together with other three fleets - the 3rd Fleet deployed out of US western coast, the 7th Fleet deployed at Yokosuka, Japan, and the 5th Fleet anchored at Bahrain.

A new numbered fleet will impose sharp threats to the Indo-Pacific region and further intensify the challenges China will face. If the US Navy's combat forces greatly increase, it will put greater pressure on China.

Anyway, China will always have to face huge threats from the US. We should maintain a strategic determination and steadily develop China's military power according to our plans, including neutralizing the powerful US Navy. But we don't seek a naval arms race. We can use asymmetric tactics to contain the US Navy from growing wildly. This will be valuable for China. Therefore, building asymmetrical combat power and focusing on economic development are all what we must do now.

The author is a Chinese military expert and commentator.