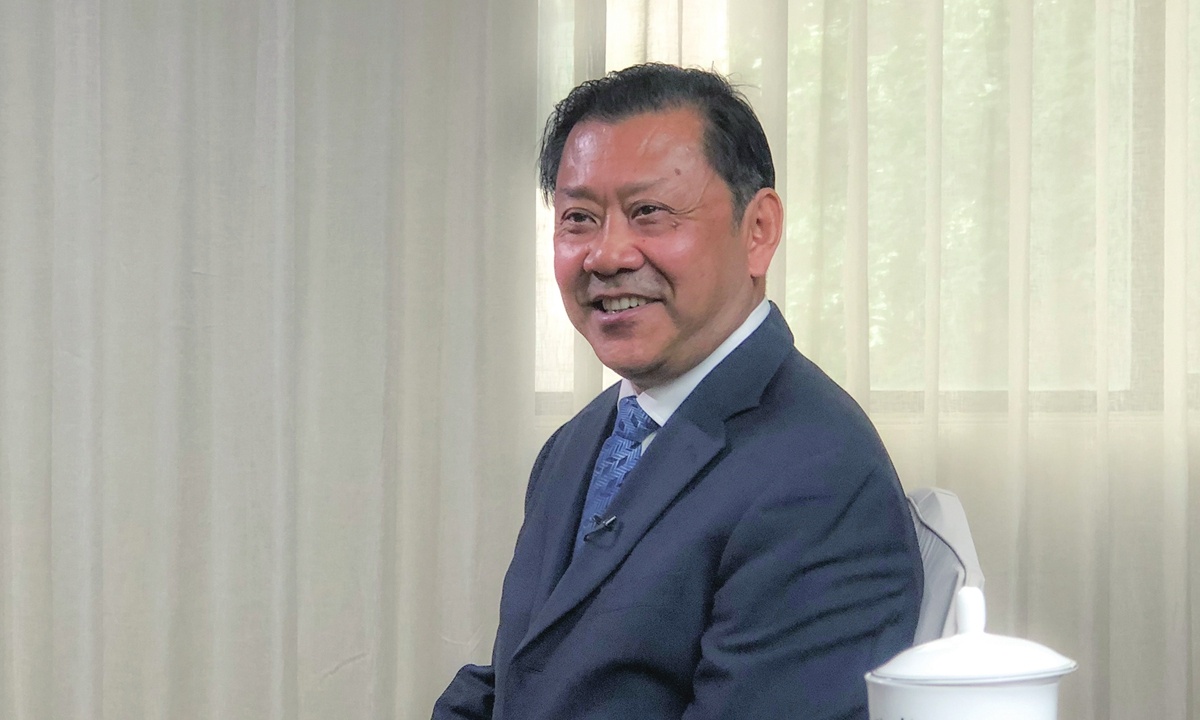 Is China a "threat" to the US? China has never thought or intended so, yet still faced relentless hype coming from the West in recent years, with no signs of ceasing. Worse, such self-serving Chinese narratives, which are mostly choreographed by the US, have reached new peaks during the pandemic. What are on US' minds when shaping its drastic adjustments with China policies? What makes the West so anxious about China's development model? Ji Zhiye (Ji), member of the committee of Foreign Affairs, the Chinese People's Political Consultative Conference, shared his views with Global Times (GT) reporters Li Aixin and Zhao Juecheng.

GT: For quite some time, the US has been accusing China of seeking hegemony while adjusting its strategy against China in a drastic manner. What do you think is the fundamental reason behind it?

Ji: This can be explained from two perspectives. To begin with, the US is measuring others' corn by its own bushel.

Over the past few centuries, the US has gone through the path of seeking and maintaining hegemony after becoming strong. So it believes China would do the same. "A strong nation is bound to seek hegemony" has already become a theory, a conclusion reached by the US. As for whether there is any specific case to prove China is seeking hegemony, it is not important for the US. Any issue could be considered so by Washington.

Second, the US has been finding excuses to justify its acts. The US has witnessed China's rapid development. In 2000, China's GDP was about 11 percent of that of the US. But in 2019, the figure rose to about 66 percent. Historically, whenever a country's GDP accounts for two thirds of that of the US, Washington would be bound to take drastic actions. It has cracked down on the economic development of two countries in history.

The Soviet Union was the first. At that time, the two camps were not in the same economic system. Yet the US took joint efforts with Saudi Arabia, lowered the oil price and thus collapsed the Soviet Union's economy. At that time, then Soviet leader Mikhail Gorbachev was promoting reform, openness and transparency. Yet the steep decline of the oil price severely hit the country's foreign exchange, affecting people's livelihoods. A perennial shortage of goods emerged and ordinary people were strongly dissatisfied with the government. Against this backdrop, the Soviet Union disintegrated.

When Japan's GDP grew to about two thirds of the US' GDP, the latter again showed no mercy. Washington launched a Section 301 investigation (under the Trade Act of 1974) against Japanese companies including Sony and Sanyo, claiming these companies infringed on US intellectual property. In 1985, the Plaza Accord was signed, which limited Japan's exports to the US, expanded its imports from the US, and required a rise in the value of the yen. These three clauses hampered the Japanese economy, resulting in no economic growth in Japan for 20 years.

So when China's economy grows to what it is today, it is not surprising the US take actions to contain China.

Some people say that Trump launched the trade war because he is a businessman who tends to pursue more business profit. This is incorrect. The Trump administration has already formed a new China strategy. That is a whole-of-government policy. All the accusations Washington raised are to serve this strategy.

The US Department of Commerce was not the only US authority to have carried out tough measures against China. Militarily, the US has been increasing is military presence in the Western Pacific region; 60 percent of its military power will be placed in China's periphery. The frequency of US warships entering into the South China Sea has now far surpassed that in previous years. Politically, the US has been interfering in the affairs of Hong Kong, Xinjiang and Taiwan, constantly trampling on China's redline over Taiwan question. This is a comprehensive containment strategy against China.

GT: Western countries have also been anxious over whether China is exporting its development model. What do you think caused such concern?

Ji: A concept has been shaped in the West after the end of the Cold War - their system is the most perfect one in the world. US political scientist Francis Fukuyama even raised a theory of "the end of history," believing the US system was the best, and that there could not be any better choices. In Westerners' eyes, other systems lag far behind and will be changed eventually.

When they adopted a policy of engagement and containment toward China, they hoped, to a large extent, that China could change by itself. After over 40 years of reform and opening-up, especially after China joined the World Trade Organization, the country has been proactively participating in globalization. China embarked on the path of marketization, but it did not collapse itself; on the contrary, it becomes stronger.

In 2004, American scholar Joshua Cooper Ramo coined the Beijing Consensus, noting that China's economic development model could succeed and could be considered as an alternative for developing countries. Based on the Beijing Consensus, some scholars in the US promoted the Group of Two, a G2 relationship where China and the US could jointly resolve global problems, or in other words, govern the world.

But China's development has caused strong uneasiness among some defenders of the Western system. So they hype that China is promoting its system and model elsewhere, their aim is to terrify their people and other countries.

Another reason of such hype is that forcefully exporting model and value is exactly what Western countries have been doing themselves. US politicians and so-called strategists believe that if the US could promote its system to the entire world, there would be no more war. But let's take a look at how wars in modern times break out and how many wars the US has been involved in. The reality speaks for itself.

China has never pushed other countries to copy its development model, nor will it ever deliberately export its model. This is what China says and does. The US, nevertheless, does not believe so. It stubbornly sticks to the mind-set that once China's system and model develop, US' system and model can hardly survive.

Many people in the West still believe in a zero-sum game and the law of the jungle. Whoever is strong can bully others. Since modern times, the West has been imposing such power politics on others.

At first, its approach was colonization. But after the end of World War II, this model could no longer work, so hegemonism occurred. That is the US approach - not occupying land but promoting its own system and ideology, in an attempt to meet its own national interests through domination of the world. Now it believes China, which is becoming stronger, will definitely step on the same path.

No matter how China explains its development goals and path, it will hardly convince the US and the West. Only through China's long-term practices can we prove that our peaceful development works.

China proposed the path of consultation, contribution and shared benefits, as well as the principle of mutual respect, win-win cooperation and building a community with a shared future for mankind. As our destiny is tied together, only in this way can we achieve world peace.