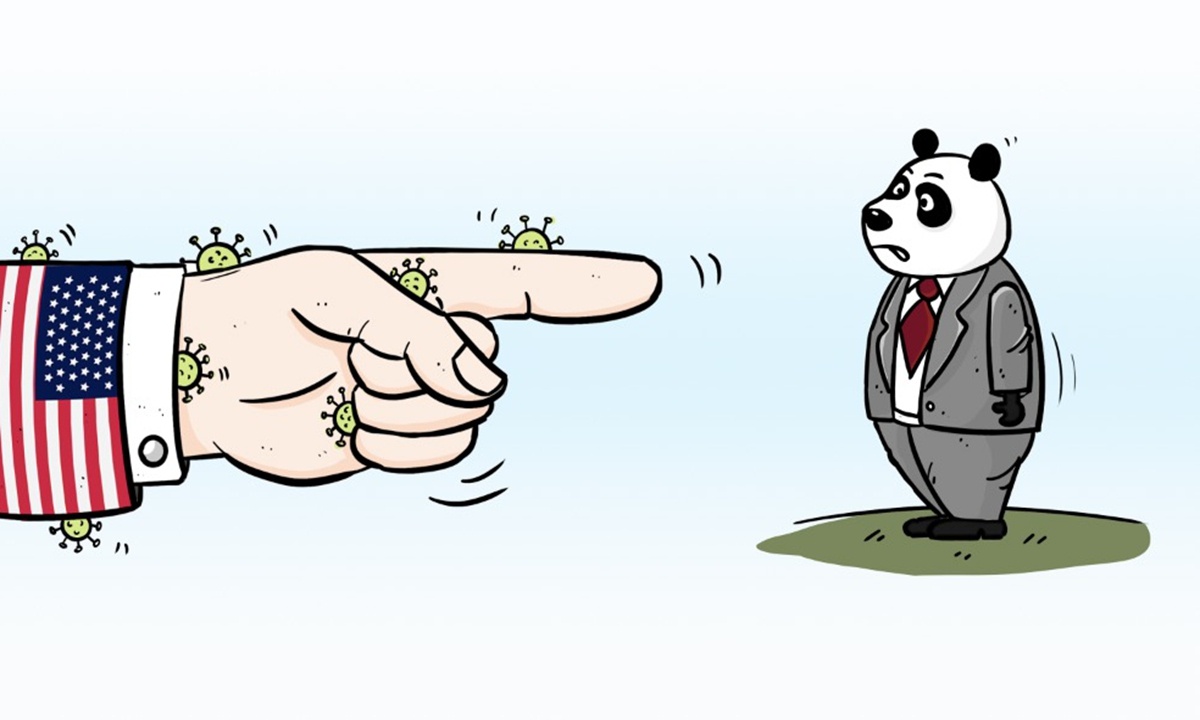 With the COVID-19 pandemic raging across the world, the US has targeted China on the issue of virus origins tracing. Yet a growing number of scholars are calling for the US to open its facilities, especially the Fort Detrick biolab, for investigations. Herman Tiu Laurel (Laurel), a columnist of the Filipino newspaper Pwersa, is one of them. Why has the US launched a broadside against China? Is Washington trying to make a stain on China? What should countries do to discover the origin of the COVID-19? Global Times (GT) reporters Yu Jincui and Li Qingqing talked to Laurel on these issues.

GT: Some analysts say that creating and disseminating disinformation, manipulating media, sensationalizing "fabricated evidence" and making a "presumption of guilt" are typical tactics Washington uses to smear other countries — such as Iraq and Syria. Is Washington adopting the same tactics in terms of the virus origins tracing to stain China?

Laurel: The US has long mastered and employed "information war" to advance its global agenda. We have witnessed their effective use of information war techniques aided by the global domination of its international broadcast, print and social media. This is done to subvert truth and the integrity of other countries the US targets.

The classic information war strategy they employ has awakened many people. The Iraq War saw it when Washington justified aggression by claiming, falsely, that Saddam Hussein was "presumptively guilty" of possessing and hiding "weapons of mass destruction." This was shown a short time later to be a complete fabrication. Therefore, the world learned to call Washington's information war one of "Weapons of Mass Distraction." They employed it as early as the Yugoslav Wars from 1991 to 2001, the Iraq invasion, and a succession of other targeted countries from Afghanistan to Libya to Syria.

It is absolutely correct to say the US is using the same strategy on this issue of virus origins tracing and distracting the scientific inquiries away from itself and onto China, which has actually been very transparent. But the world has learned its lesson after being duped in the US "weapons of mass distraction" on Iraq. The truth and facts will always overturn the disinformation campaigns. Hence, it is important for all the peoples of the world to join in the petition to know the truth about the Fort Detrick and end the delusions the US is creating.

GT: Why did you make the call for the WHO and the international community to open an inquiry on the Fort Detrick lab? There have been reports of many problems inside Fort Detrick - the base was closed in 2019 due to security issues and the mysterious e-cigarette-caused lung disease emerged afterward. Can these reports provide enough information for the WHO to initiate an investigation of Fort Detrick?

Laurel: It is clear that there are strong evidence lying not only behind the closed doors of Fort Detrick, but also in the sealed lips of the residents around Fort Detrick, Frederick, Maryland, USA where Fort Detrick is located and in the files of the Greenspring Retirement Community where five died of "strange flu" and in the records of many other hospitals where the "strange flu" claimed additional tens of thousands of deaths in 2019 as well as still undiagnosed "vaping deaths."

The global community must raise its voice loud enough to break down, so to speak, the wall of silence around Fort Detrick that is imposed by the US government today.

GT: What should countries do to discover where the virus came from? What principles should we stick to?

Laurel: I note that many countries are already taking steps to oppose the wrong-headed reactions of the US to the global demand for answers to the roots of the COVID-19 pandemic crisis. From my last reading of the developments, 55 countries have written to the WHO to resist the politicization of the virus origins investigations. Russia, Pakistan, Iran, Cambodia, Sri Lanka and Belarus are among the countries. We will also call on our Philippine government friends to write the same communication to the WHO. The joint China-WHO study of January-February 2021 also recommended the "global virus origins tracing" be done at once.

Modern civilization is expected to apply scientific principles to the study and investigation of diseases and its epidemics and pandemics. Hence, scientific principles and disciplines must apply in our present inquiries into the origins and nature of the COVID-19 virus and its mutations. There is no other way of going about it. The politicization of the virus investigations will only lead to self-defeating wild goose chases. These will prolong the pandemic and deepen the crisis. And right now we can ill afford such distractions. The global economy and hundreds of millions of lives and livelihoods are being threatened to be extinguished prematurely. We as a global community must find the answers and wholistic solutions. There is no time to waste.

GT: China has rejected a WHO plan for a second phase investigation into the origins of COVID-19. The request is inconsistent with the conclusions from the WHO-China joint study in January which said it was "extremely unlikely" that the virus spread from a lab leak in Wuhan city. Why has the WHO changed its attitude? Is it because of the political pressure from the US?

Laurel: The top-notch scientists and virologists that joined the WHO team in January 2021 and stayed for almost a month to investigate the origins of the COVID-19 virus proclaimed the lab-leak theory as "extremely unlikely." They appreciated the full and open cooperation of the Chinese government.

Given all these realities and the remaining fact that so many other leads arising from scientific findings and public testimonies on the presence of COVID-19 virus traces in archived blood and municipal sewage samples in Europe and America, the urgency for the WHO to investigate them is immediate. Returning to Wuhan is clearly a strategy of some parties to waylay and/or delay the imperative to look into them.

We have been reading from various sources that WHO Director-General Tedros Adhanom Ghebreyesus is running for a second term for the position. This may be one reason for the illogical delay in focusing on the other possible loci of the COVID-19 virus origins. Evidence already shows this to be highly probable, especially the mysterious Fort Detrick case. We do not like to think that the WHO can be infected by such political considerations. But many countries are warning about it, and demanding the de-politicization of the virus origin-tracing issue from the WHO.