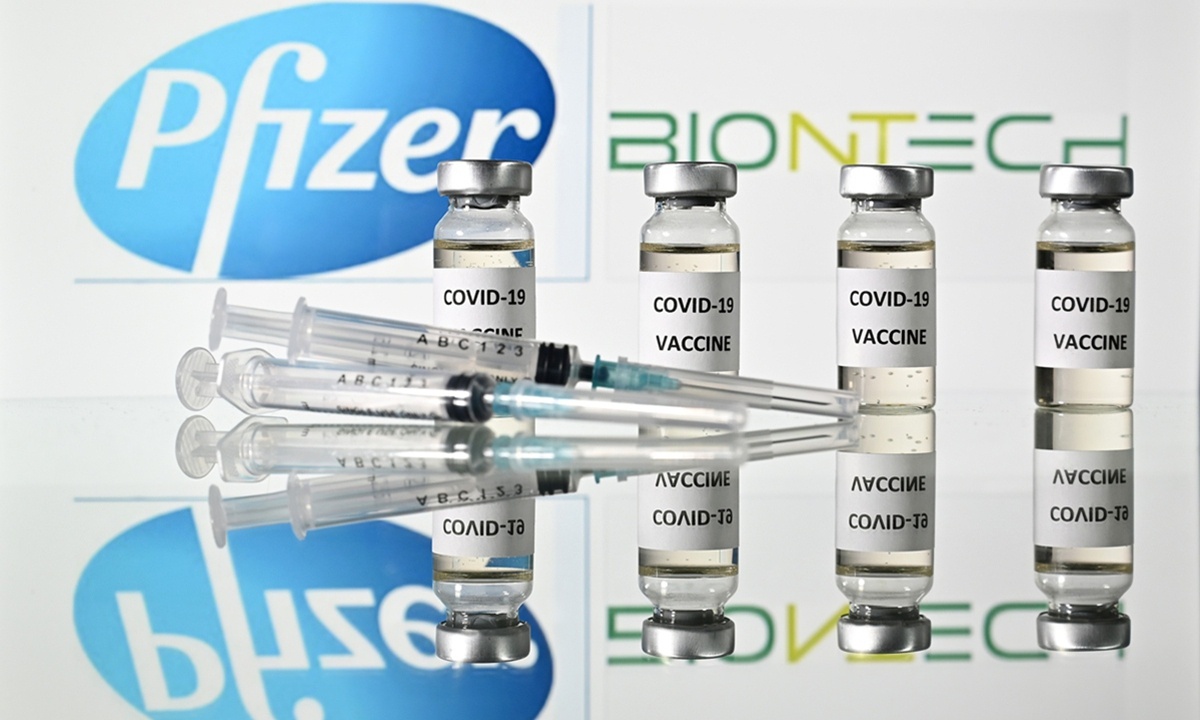 At a press briefing on March 2, White House press secretary Jen Psaki said the US is concerned about Russia and China using vaccines to engage with countries in a way where the two are not holding them to the same standards as the US or other countries would hold them to on issues of human rights.

This invites the question: Why should China and Russia hold the same standards as the US might do when they are providing vaccines? Vaccines are badly needed public goods at a time when the whole world is struggling with a deadly virus. China shoulders the major power responsibility as it shares its anti-virus experience and provides vaccines to countries which are in need. By contrast, the US, as the sole superpower in the world, has neither the will nor the ability to assist other countries but spares no efforts smearing China's efforts. US concerns over the different human rights "standards" China holds reflect the self-centered, twisted mentality of the US.

Human rights have become a one-and-all tool for the US to abuse. But the more the US uses it, the cheaper and lower the tool becomes.

The US standards of human rights demonstrate that the US government is indifferent to the lives of more than 500,000 Americans who had died of the COVID-19 pandemic. The US government has been unwilling to bear even the slightest responsibility for these deaths.

As the US holds high the banner of human rights, it also ironically turns a blind eye to the suffering of other countries and their peoples.

China holds up the vaccine lifeline in this global anti-virus fight. By the end of February, China has provided vaccine assistance to 69 countries and two international organizations. It has also exported its vaccine to 28 countries. The number is still increasing. Meanwhile, the US is living in its self-built wall of unilateralism and the lingering "America First" mentality.

Even the multilateralism-embracing Biden administration prioritizes that Americans get vaccinated first. On March 1, the White House made it clear enough that it has no plans to share vaccines with Canada or Mexico - two of its closest neighbors!

No wonder China does not hold the same standards as the US does.

The US is taking the chance of vaccine diplomacy to make adjustments to its global strategic arrangements. The Biden administration is reportedly in talks with Japan, India and Australia to distribute jabs across the Indo-Pacific region too. The ultimate aim is to contain China. In the eyes of the US, the "vaccine card" can put China in check rather than rescue pandemic-stricken people and countries. The hype of the US government and media over China's "vaccine diplomacy" illustrates their recognition of the US desperation in the face of China's rise and development. Biden has pledged to put human rights back at the center of US foreign policy. But US vaccine diplomacy that emphasizes human rights has stumbled on its very first start.