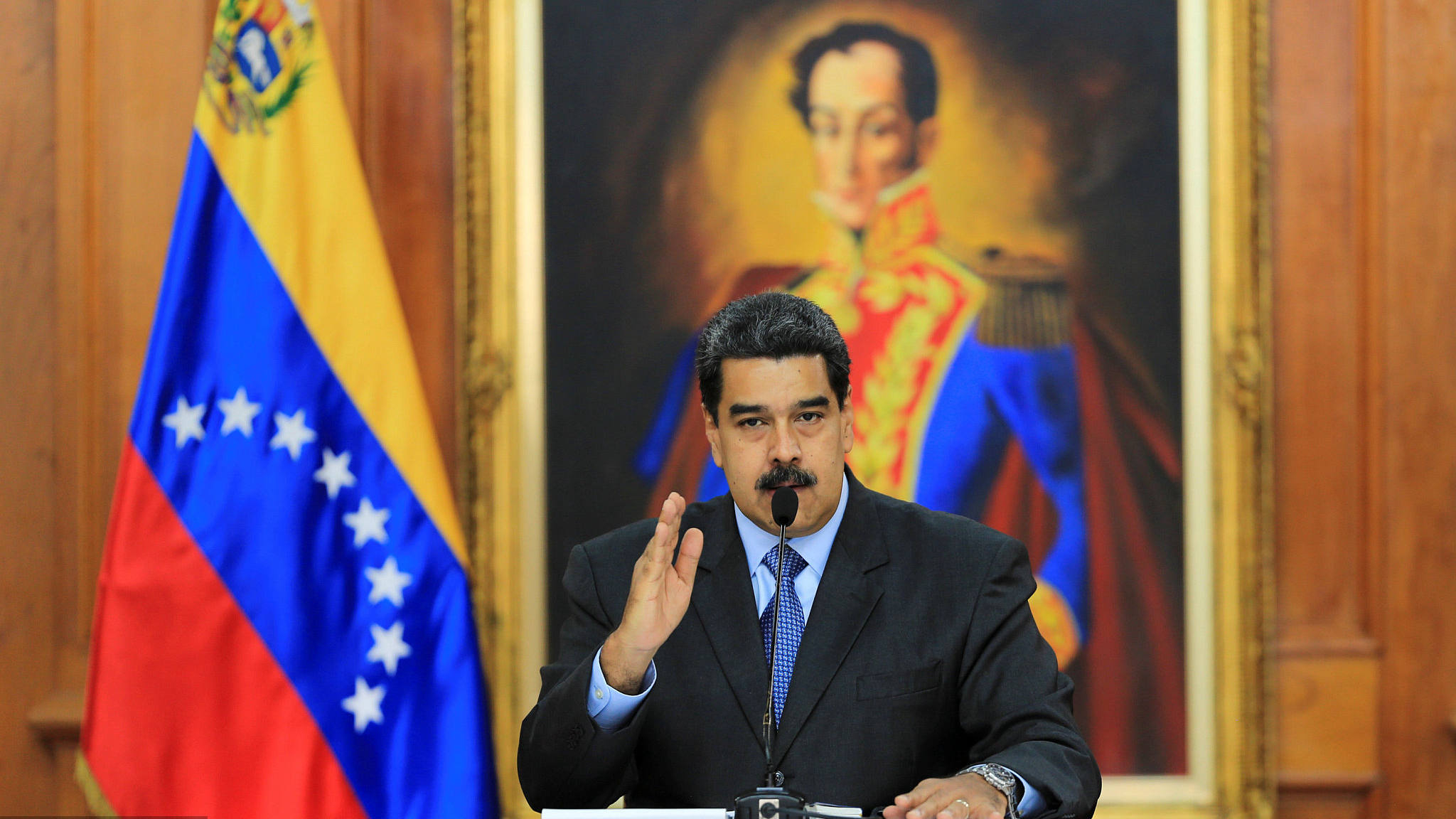 The New York Times disclosed on September 8 that the Trump administration held secret meetings with rebel military officers from Venezuela over the last year to discuss plans to overthrow President Nicolás Maduro, making the uneasy US-Venezuela relationship even more fraught.

Ties between Venezuela and the United States have been tense since 1999 when former President Hugo Chavez took office. The two countries have not exchanged ambassadors since July 2010.

After Donald Trump was elected US president, he referred to Venezuela as "the nail in his eyes." Since the second half of last year, the United States has targeted Maduro and several senior officials with sanctions. Trump even said, "we have many options for Venezuela, including a possible military option, if necessary."

"The US gets a lot of oil traditionally from Venezuela and state gas company Citgo, so the US prefers a more friendly government and less socialist like Chavez or Maduro," said James Rae, a Fulbright visiting scholar at Beijing Foreign Studies University told CGTN.

However, Venezuela is now suffering from the worst oil production decline in its history and is experiencing a serious economic crisis.

"On the one hand, there are problems in the various economic policies of Chavez and Maduro. The government policy overemphasizes the role of the state and does not attach importance to private investment," said Jiang Shixue, a professor at the Institute of Global Studies at Shanghai University.

"Some nationalization policies have severely hampered the enthusiasm of private capital and foreign capital investment. In any economy, if investment does not grow, the economy will not be able to achieve rapid development," said Shixue.

"On the other hand, the Venezuelan economy has been over-reliant on the oil industry for a long time, and its economic structure cannot be changed and diversification cannot be achieved.

"This is called "Dutch disease" in economics (meaning that a country's economy is overly dependent on a single primary product export)," he added. "The "Dutch disease" problem has long existed in the Venezuelan government, and it has not slowed down or even worsened during the Maduro government."

In addition, the Venezuelan government opposition is keen on street politics (including demonstrations, protests and strikes). When the government introduces a policy, the opposition habitually takes measures to protest. It has habitually adopted a non-cooperative attitude.

For future relations between the US and Venezuela, Jiang said no improvement is possible in the foreseeable future. It is impossible to improve the relationship between the United States and Cuba as much as during Obama's administration, because the United States, under the leadership of Trump, made up its mind to overthrow the Maduro government, or want to somehow create trouble for the Maduro government.

If the United States uses force against Venezuela, it will cause turmoil and unease in the entire Latin American region, further damage a US-LatAm relationship that has already fallen into a trough, and hurt the international image of the US.

Trump is already facing thorny issues including the Mueller inquiry and renewed questions about his fitness for office after the release of a damaging tell-all book from the veteran journalist Bob Woodward and an anonymous op-ed from an author The New York Times described as a senior administration official. As the midterm elections are coming soon, it is unlikely to use force against Venezuela.