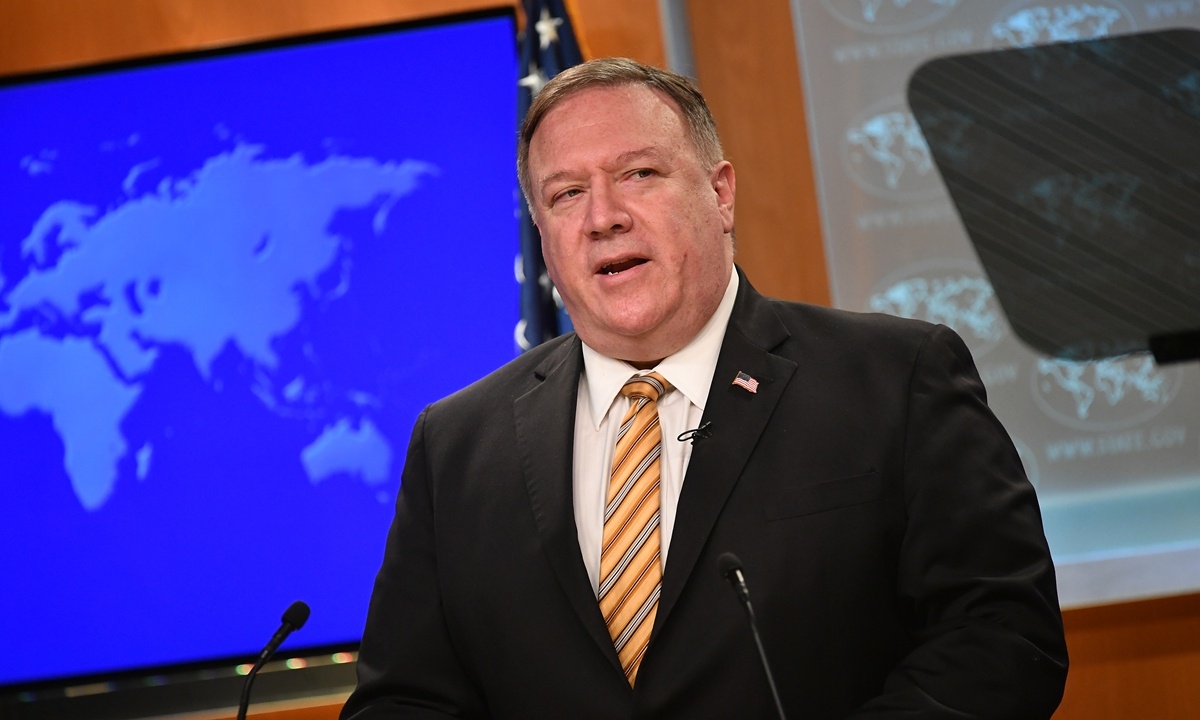 The US' growing pressure on China over Hong Kong issues, ahead of Chinese top legislature's new sessions during which lawmakers are expected to vote on the law, proves US hegemony and long-arm jurisdiction, and justifies the need for the national security law for Hong Kong, analysts said.

The pressure will accelerate passing the law. Even if the US and its allies further expand sanctions on the Chinese mainland and Hong Kong, China is prepared to take countermeasures, such as investigating US officials, business representatives, and restricting imports like US beef and wine, analysts noted.

US Secretary of State Mike Pompeo announced on Friday visa restrictions on current and former Chinese officials "responsible for eviscerating Hong Kong's freedoms," and their family members may also be affected. His announcement came a day after the US Senate passed the Hong Kong Autonomy Act, which calls for mandatory sanctions against any person responsible for "undermining Hong Kong's autonomy."

A spokesperson of the Chinese Embassy in the US, calling the US decision "wrongful," said in a statement on Saturday that China urged the US to immediately correct its mistakes, withdraw the decision and stop interfering in China's domestic affairs. China will continue to take strong measures to uphold national sovereignty, security and development interests.

Some Western media called Pompeo's visa restrictions announcement "the first concrete US step" in response to China's moves to push forward with the national security law for Hong Kong. However, Chinese analysts believe its restrictions will have little effect.

This is part of the decoupling measures taken by the US, which will have a negative impact on high-level, people-to-people exchanges between China and the US, and hurt US interests, Tian Feilong, a Hong Kong affairs expert at Beihang University in Beijing, told the Global Times on Saturday.

Lü Xiang, a research fellow on US studies at the Chinese Academy of Social Sciences, told the Global Times on Saturday that China had foreseen the visa restrictions.

Pompeo said the restrictions may also apply to families of Chinese officials, which is meant to prevent their children from studying or doing business in the US.

"But such a threat is meaningless to Chinese officials. How many people still consider studying or doing business in the US a privilege? The US is outrageously ridiculous," Lü said.

Even some Western media called the visa sanctions "largely symbolic." Bloomberg said Chinese officials are unlikely to visit the US, especially with the coronavirus pandemic, when most international flights have been suspended.

Chinese analysts said the US knows it only has a few cards that might actually work in sanctioning China, but dares not use them, as these cards will deeply hurt its own interests. 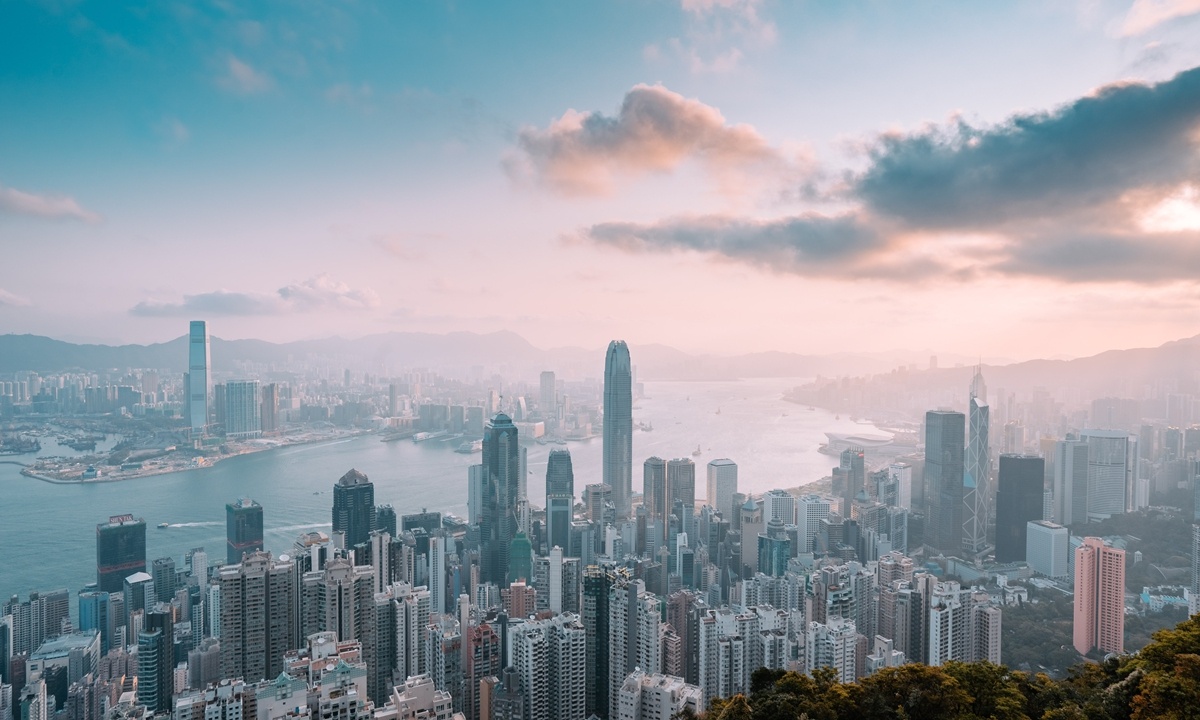 Kennedy Wong Ying-ho, a solicitor of the Supreme Court of Hong Kong, told the Global Times on Saturday that US interests in Hong Kong will be the first to suffer if the sanctions are expanded.

Even if the restrictions are applied to Hong Kong officials and their families, they will not have much of an effect.

Hong Kong media reported that some opposition forces went to the US to beg for US sanctions, and Regina Ip Lau Suk-yee, a former Hong Kong security secretary, was on their proposed sanctions list.

Ip said she's not worried at all. The US will either freeze assets or deny visas, and there's nothing to lose if you don't go to the US, Ip said, adding that she could sell her assets in the US, Hong Kong media reported.

Some Chinese netizens ridiculed the sanctions by saying no one wants to go to the US, given its widely criticized incompetent coronavirus response.

"Go ahead, Mr. Pompeo. Ask around. Who wants to visit the US now, and for what? To get infected by the coronavirus or to experience nationwide protests?" asked one netizen on Weibo.

Some netizens suggested China reciprocate by banning US officials involved in the Hong Kong Autonomy Act from using Chinese invested public transportation around the world, network and other services.

US pressure on China comes before China's top legislature's weekend session. The Standing Committee of the 13th National People's Congress (NPC) will convene its 20th session from Sunday to Tuesday in Beijing.

Several members of the NPC Standing Committee from Hong Kong left for Beijing on Saturday for the new session. Ip Kwok-him, an NPC deputy from Hong Kong, told Hong Kong media before leaving that 10 members from Hong Kong will attend the session, and lawmakers will discuss and vote on the law. He said that the draft may be amended after soliciting opinions, Hong Kong media now.com reported.

Several Hong Kong analysts, including Tam Yiu-chung, a member of the NPC Standing Committee from Hong Kong, also told the Global Times previously that top lawmakers may vote on the law during the committee's session before July 1.

This week, the central government held 12 forums in Hong Kong to listen to the views of 120 local representatives in politics, law, finance, and education on the national security law. 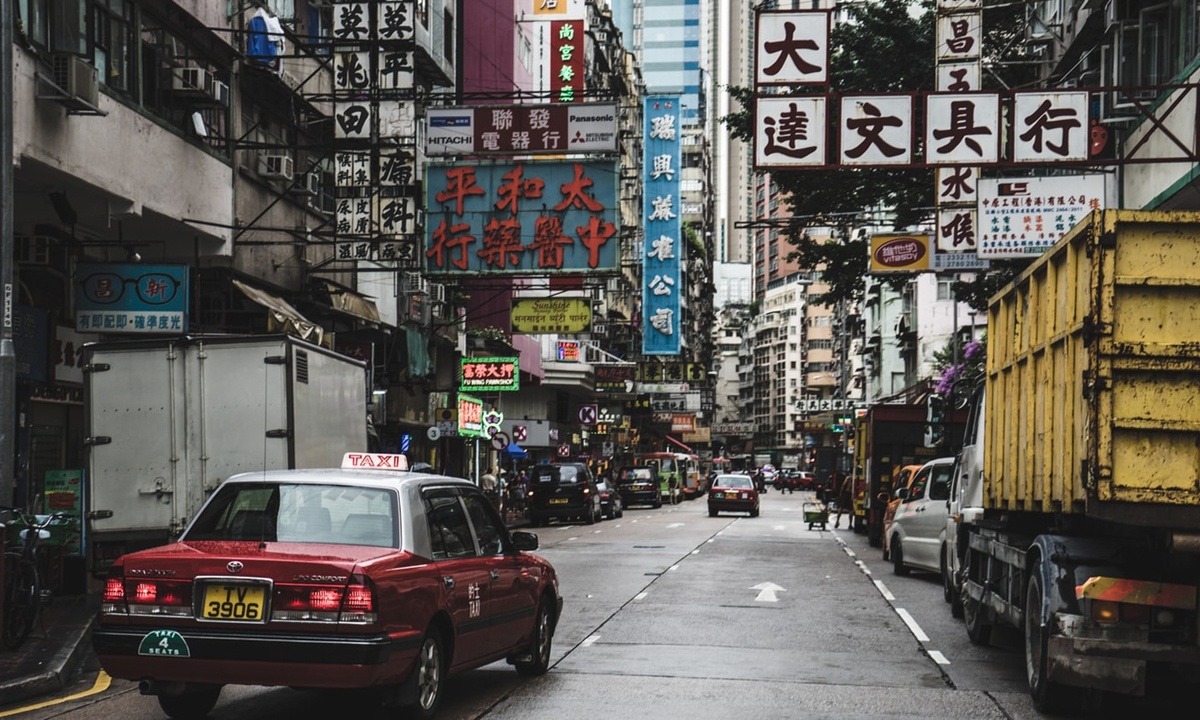 After the national security law for Hong Kong is enacted, the US may come up with more sanctions on China, and those sanctions will probably include freezing the assets of Chinese officials and their families, denying their entry to the US, or imposing financial sanctions, and the US may also request its European allies for joint sanctions, analysts said.

However, US allies will only follow with diplomatic rhetoric, but no joint effort. And even if there was, it would be watered down, as the US' allies know sanctions are illegal under international law, and these countries with huge economic and trade interests with China will not share the burden of the US-instigated Cold War against China, Tian said.

Tian suggested Chinese officials, especially officials of the Hong Kong government, cut their interests in the US and rearrange their personal assets and family plans to adapt to the new normal of a long-term China-US rift.

The central government has sufficient political will, risk control plans and countermeasures against all sanctions, and the legislation will not be held back, experts said.

The fact that external intervention is intense justifies the need for the national security legislation, Tian said.

China could come up with a sanctions list of related US federal officials, business executives, intelligence personnel, and influential personnel stationed in Hong Kong and the Chinese mainland to investigate their properties to safeguard China's interests, Tian said.

Hong Kong could be strict on importing US products, such as beef and wine, as they are replaceable, Wong said.

The US is very likely to continue its "off-the-table" deals with Hong Kong rioters and support local terrorists, Wong said.

"To deal with the illegal acts of foreign intelligence agencies, we need the commissioner's office for national security affairs, which will be set up by the central government in Hong Kong," Wong said.