US warships unwelcome in Taiwan Straits 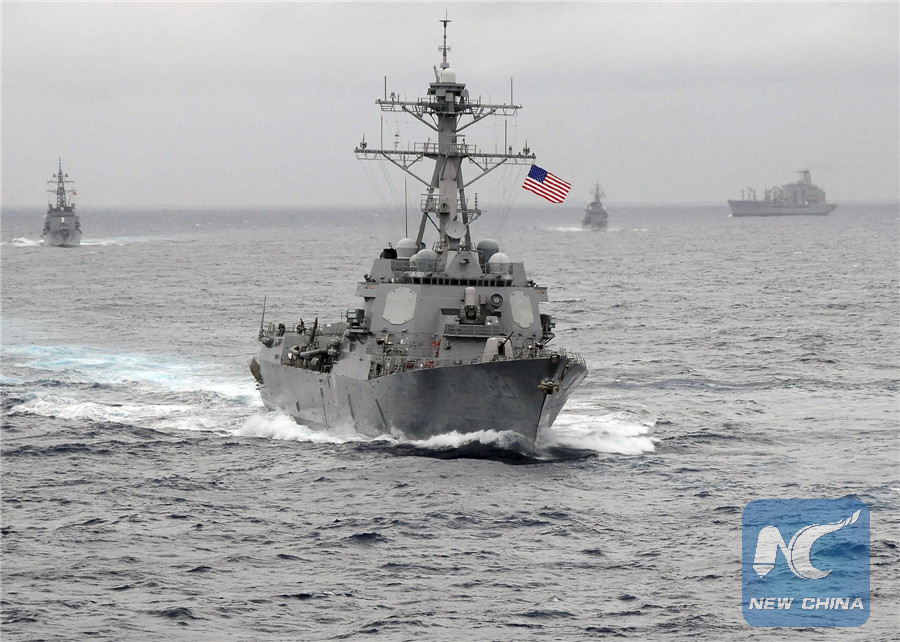 According to Western media, the US is considering sending a warship through the Taiwan Straits. If true, that means Washington is ready to pile more pressure on China. On the same day the news came out, two US B-52 bombers reportedly took off from Guam and flew to the vicinity of China's Nansha Islands. Later, a spokesperson for the US Pacific Air Forces denied it.

The US military has not formally confirmed that it would send a warship through the Taiwan Straits. Yet these messages, real or not, constitute psychological warfare against China. Putting pressure on China from all directions has lately become the general US attitude toward Beijing. Some people from Washington believe that it is easy for the US to make trouble for China: They think the cost is very low or even nothing. They imagine they can gain Chinese cooperation and obedience to US interests this way. Beijing is indeed unwilling to see a dispute with Washington. Instead it wants to maintain collaboration with the US in as many areas as possible. However, the Chinese people are well aware that making concessions in the face of unreasonable pressure will only lead to passivity. Hence countering provocation is our basic rationale and principle. The Taiwan Straits is an international waterway. But US warships going through that water has special geopolitical implications with regard the Taiwan question. The Straits is close to the Chinese mainland and also a landmark region for China's core interests. Beijing nowadays has more resources and leverage to engage in a game with Washington. The US has never frightened any small country so far. How could it possibly scare a major power like China? Be it the Taiwan Straits or the South China Sea, the actual effect of provocation by the US will only be to boost Beijing vigilance. When there is vigilance, there will be actions. The discomfort those actions bring to the US will generally equal the discomfort Washington brings to Beijing. From time to time, elites from Washington threaten to be tougher on China. The Chinese side has responded with a low-key attitude and avoided proactively escalating friction between the two. But if the US takes practical actions, it will be another story. Beijing will not yield to Washington's real provocations. The US military better not get too close to the Taiwan Straits or stir up trouble there. Military confrontation has not yet formed in the Taiwan Straits and it is hoped that day will never come. But once the worst case scenario occurs, China is prepared to safeguard its national sovereignty and dignity at any cost. By then, China will be difficult to deal with and the US will find that military confrontation against Beijing in the Taiwan Straits is too heavy a burden to bear.  If Washington's real intention is to create tension in Sino-US ties and it is willing to pay any price for it, there will be another story between China and the US as well as in the Asia-Pacific region.