OPINIONS US withdraws from WHO amid pandemic, sabotaging own interests and reputation: experts

US withdraws from WHO amid pandemic, sabotaging own interests and reputation: experts 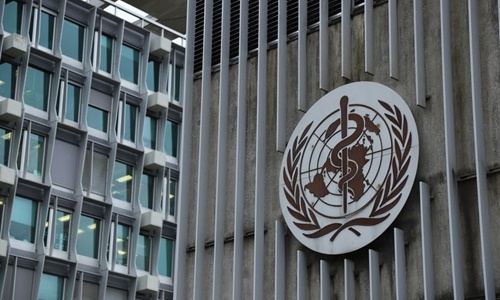 Photo taken on Jan. 30, 2020 shows the headquarters of the World Health Organization (WHO) in Geneva, Switzerland.(Xinhua/Chen Junxia)

US' confirmation that it was leaving the World Health Organization (WHO）while the international health organization and countries worldwide were dedicated to fighting a massive global pandemic has shocked the world, with Chinese experts calling the move "lacking in political foresight" and "petty."

The US has notified the Congress and the UN of its decision to terminate the relationship with the WHO, which will be effective on July 6, 2021. This official withdrawal notice puts an end to the farce of the Trump administration's months of threats to withdraw from the organization.

Although the Trump administration has submitted an official letter of withdrawal, the US won't find it easy to extricate itself from the international organization, as there could be a change of government after this year's US election.

Zeng Guang, chief epidemiologist of the Chinese Center for Disease Control and Prevention, told the Global Times on Tuesday that leaving the WHO sabotages US' own interests and reputation.

The US is a major financial contributor and technical supporting member of the WHO, in which American experts play a leading role, and the US offers important health policy support and help to developing countries where public health systems are weak, Zeng said.

"Supporting the WHO is the most successful investment that the US has ever made with the least amount of money. This has brought the US a good international reputation, gaining much more for the US than pouring massive funds into Iraq or Afghanistan," Zeng said.

US' withdrawal from the WHO is a show of "pettiness" and lacks "political foresight," Zeng said, believing the move is not likely to prompt more countries to leave the organization.

Leaving the health international organization only damages the interests of the US, especially as the US Centers for Disease Control and Prevention relies heavily on the WHO to identity outbreaks from all over the world and share global epidemic data, including viral genomic sequences and vaccines.

According to an article by Foreign Policy, terminating the relationship means the global disease surveillance system will not be available for the US, which will now find it difficult to work with other countries under the WHO framework.

The WHO lacks explicit withdrawal provisions for its member states, but a Joint Resolution by the US Congress requires the US to meet two provisions: the US gives one year's notice of its withdrawal, and its financial obligations to the WHO are met in full for the organization's current fiscal year.

According to the website, the US has been the biggest contributor to WHO funds for many years.

The UN Secretary-General is in the process of verifying with the WHO whether all the conditions for the US withdrawal are met, the Xinhua News Agency reported.

The final decision for US' withdrawal from the WHO is not surprising, both from the point of view of Trump's personal interests and the recently deteriorating US epidemic situation, Chinese experts believed.

The latest data compiled by Johns Hopkins University showed that the number of confirmed cases in the US has reached 2.9 million, with deaths surpassing 131,000.

From an international perspective, the biggest damage done by the US withdrawal is sabotaging its own international reputation, while domestically, it means that the Trump administration has completely abandoned its response to the epidemic, according to Lü Xiang, a research fellow at the Chinese Academy of Social Sciences in Beijing.

Lü told the Global Times that the current epidemic epicenter in the US is also shifting from the northeast to the south, with Texas and Florida, considered "Republican states," seeing the largest number of infections.

Texas has now become a "swing state" in the US election due to the impact of the epidemic. Since 1976, no Democratic presidential candidate has won in Texas, Lü said. Trump had "kidnapped" the Republican Party by withdrawing from the WHO, he said.

According to US law, the president has the executive power to directly withdraw from an international organization without passing the decision through Congress.

Li Haidong, a professor at the Institute of International Relations of the China Foreign Affairs University, called the withdrawal "a process of political manipulation, serving Trump's need for the upcoming elections."

But lots of uncertainties remain before the withdrawal agreement comes into effect in 2021, as Trump may no longer be president next year; and if he is still president, he may also take back the decision, experts noted.

About 750 scholars and experts in global public health, US constitutional law, and international law and relations wrote to Congress a letter dated June 30 expressing their opposition to US withdrawal from the WHO. They called for prompt hearings to address the question of whether the unilateral withdrawal from the WHO is legal or in the national interest.

Li said that the House has the final say on whether it will pay the money to the WHO as a required financial obligation for leaving the WHO. If the funds cannot be paid on time, the US won't be able to exit the organization legally.

Apart from the withdrawal from the WHO, the US has also terminated its participation in various international organizations under the UN framework, including leaving UNESCO in 2019.

Such actions by the US are a show of contempt for the core role and function of the UN in the handling of global issues, Li said, saying it once again reflects US government's stubborn nationalism and the dangerous policy choice of unilateralism.

UN Foundation President Elizabeth Cousens also called the move "short-sighted, unnecessary, and unequivocally dangerous," saying "Terminating the US relationship would undermine the global effort to beat this virus, putting all of us at risk."