OPINIONS US woes of administration's own making

US woes of administration's own making 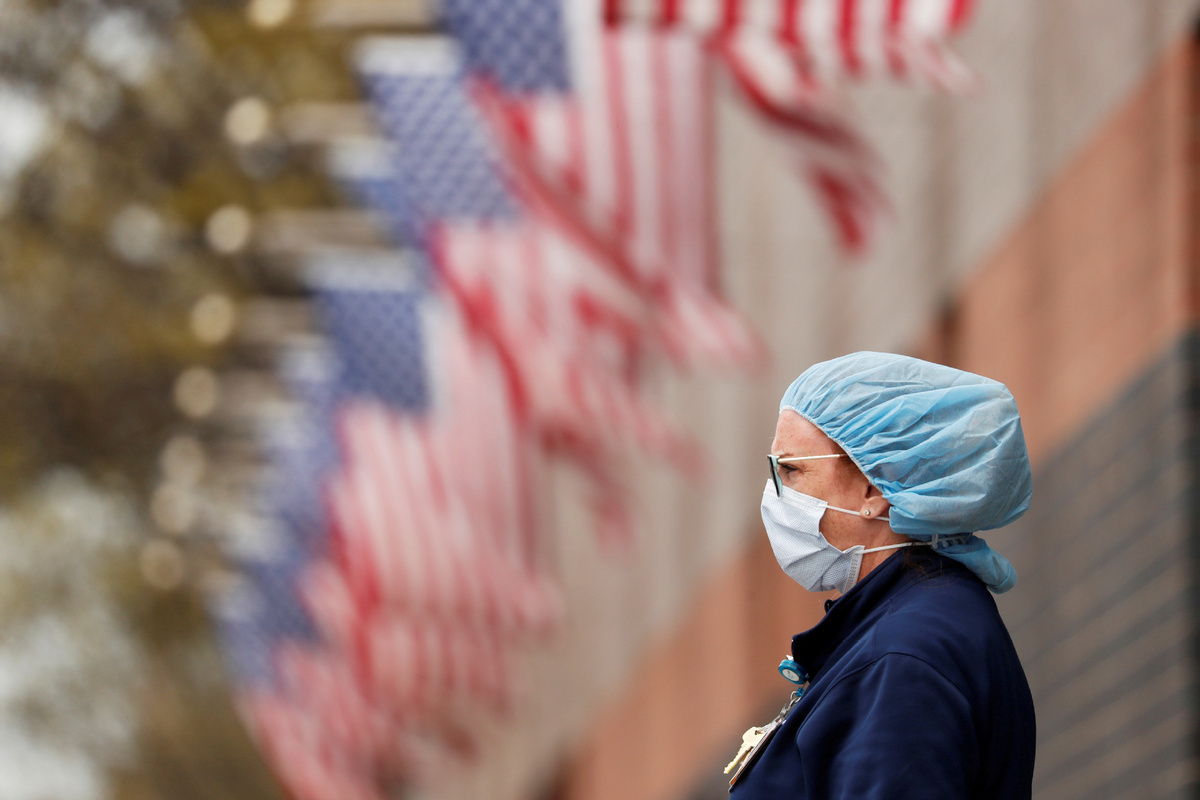 A nurse wearing personal protective equipment watches an ambulance driving away outside of Elmhurst Hospital during the ongoing outbreak of the coronavirus disease in the Queens borough of New York, US, April 20, 2020. [Photo/Agencies]

The United States is losing its battle with the novel coronavirus as the number of daily infections surpassed 50,000 on Sunday, a 12 percent increase compared with the average daily rise in the previous two weeks. The number of officials in the White House who have tested positive jumped to 34, which has been described as a "super spreader incident".

That the accumulated number of infections in the US has risen to 7.6 million and the death toll in the country is more than 210,000, both the highest of any country, reveals the gulf between what the US administration has promised the American people and what it has actually delivered.

As the sole superpower in terms of economic might, and with its strength in science and technology along with the most advanced public health network, the US should not have performed so poorly in its attempts to control the virus. But it is incontrovertible that the US government's response to the public health crisis has been a complete failure.

The pandemic has been a test of governance, and the US federal government has failed it miserably.

Instead of mobilizing all resources to contain the spread of the novel coronavirus, including rallying the support of the whole of society, US politicians have placed their own interests before the unified national and global efforts necessary to curb the spread of the virus. Instead of prioritizing a lives-come-first response to the pandemic, the administration has put its focus on the upcoming presidential election.

Even as the number of infections and deaths from the virus has been rapidly increasing, the US leadership has never expressed any remorse for its mistakes or even reflected on what it has done wrong, instead it has sought to shift the blame onto others, particularly the World Health Organization and China.

The US administration's pandemic response is a kaleidoscope of its amoral behaviors.

Unless US politicians can come to their senses and realize that the virus is a very real and present threat and do a better job in responding to the pandemic, the coming months herald more misery and suffering for US citizens.

Winter is around the corner, and the rate of infections in the US shows no signs of easing up. Some suggest that the total number of deaths in the country due to COVID-19 may exceed 400,000 over the coming months if the control and prevention measures do not improve.

Unfortunately, nothing comforts this administration so much as its willingness to ignore reality.