USS Carl Vinson’s Vietnam visit will be to little avail 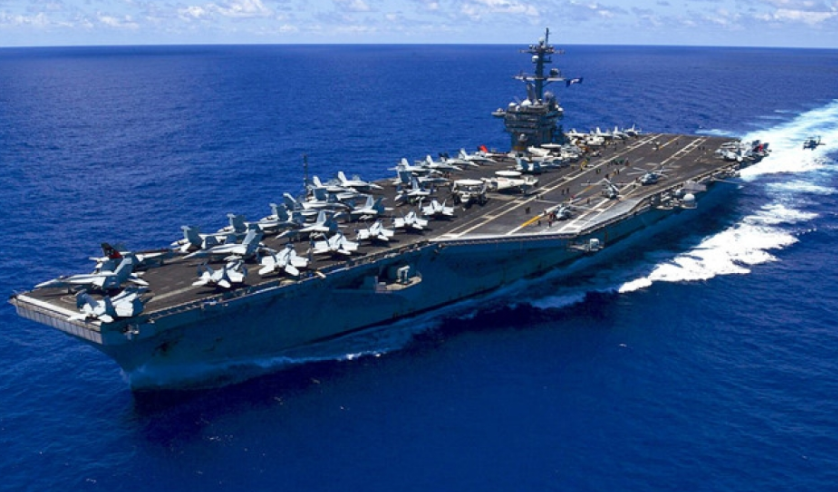 The aircraft carrier USS Carl Vinson arrived in Vietnam's Danang on Monday. This is the first visit by a US aircraft carrier to the country since the Vietnam War, symbolizing an upgrade in Washington-Hanoi military cooperation. The Western media are speculating that this visit bolsters containment of China.

Hanoi has been trying to avoid the public from interpreting the visit as sending signals to China, and hopes Beijing can view it as a normal exchange between the two countries.China's vigilance and unhappiness are inevitable, but we don't think that the USS Carl Vinson's Vietnam trip can stir up troubles in the South China Sea. The South China Sea may be a good place to flex muscles, but it is primarily comprehensive strength that shapes the geopolitics there.The USS Carl Vinson's visit will not change Hanoi's strategic vision of simultaneously developing ties with Beijing and Washington. However much US-Vietnam military cooperation is upgraded, it will not embolden Hanoi to act as a US outpost to confront Beijing. Hanoi may consider using its collaboration with Washington as leverage to put pressure on China's South China Sea policy, but it is cautious about doing so.Enhanced military exchanges between Washington and Hanoi will not generate any special tools to pressure China. The strain is more at the psychological level and will not have any effect if China ignores it.China has become stronger in affecting the overall situation in the South China Sea. If needed, Beijing has the capability of militarizing the Nansha Islands overnight and is more capable than before of deploying warships, the air force and missiles to deter Washington's South China Sea activities.The South China Sea is also an arena for economic exchanges. The US has become increasingly disadvantaged in this regard. While China has been the largest trading partner to Vietnam and other regional countries, the US President Donald Trump administration announced earlier that it was quitting the Trans-Pacific Partnership.Peaceful development is a joint pursuit by regional states. No country wants geopolitical turbulence and the region has gradually sorted out its thoughts in handling disputes after the South China Sea arbitration.The US is free to send warships to the South China Sea, which will only waste money. China is much less interested in the USS Carl Vinson's Vietnam visit than American and Vietnamese nationalists.