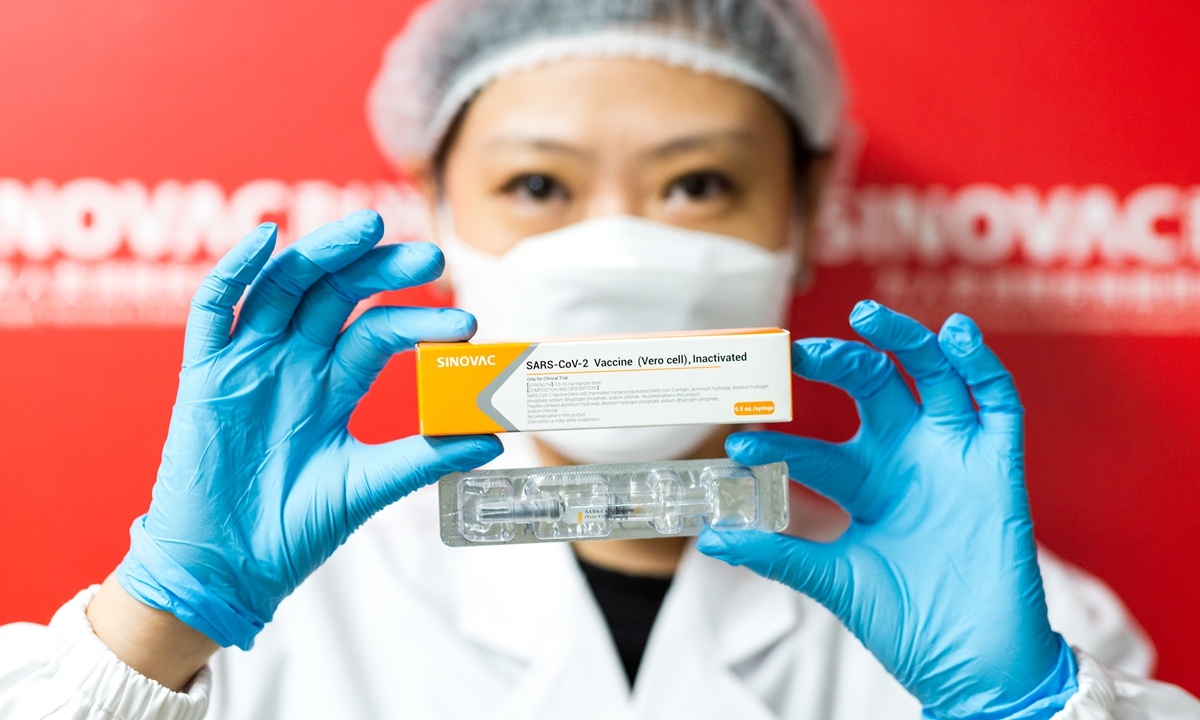 WHO Director-General Tedros Adhanom Ghebreyesus on Monday lashed out at inequitable distribution of COVID-19 vaccines. He said most of the vaccines "have now been administered" in rich countries. "The world is on the brink of a catastrophic moral failure - and the price of this failure will be paid with lives and livelihoods in the world's poorest countries," he warned.

For now, seven COVID-19 vaccine candidates have been administered worldwide, the key of which are the US-developed and China-developed ones. The US-made vaccines have basically flowed to developed countries, while the China ones have mainly gone to developing countries.

Among rich countries that use US vaccines, the US has vaccinated 12 million people, ranking the first. 4.31 million doses (including the Oxford-AstraZeneca vaccine) have been administered in the UK, topping European countries. Canada reportedly has ordered enough vaccine doses to protect each Canadian five times. Three members of the Five Eyes alliance have left others way behind them in vaccine distribution. They have prioritized their own demands amid short vaccine supply, though Britain claimed it raised donations to help vulnerable countries access COVID-19 vaccines.

The US, the UK and Canada all shout loudly for developing countries' human rights. But they are the ones contributing to "a catastrophic moral failure" that Ghebreyesus said. When the interests of their own countries are not involved, they express concerns about human rights of other countries. But when they need to take real actions to help other countries realize human rights, they retract their heads as turtles.

Vaccines developed by Chinese companies have become a key resource to break rich countries' privilege and safeguard developing countries' rights. Chinese vaccines are cheap, easy to be transported and used all over the world. Besides, China has an explosive vaccine production capability and it has a greater surplus to provide the outside world, since the domestic epidemic in China has been relatively alleviated.

At the initial stage of distribution when supply is short, US vaccines will inevitably go to developed countries. The Five Eyes countries know this well. According to the WHO, it took over 10 years for life-saving HIV/AIDS drugs to reach poor countries after its invention. When the poor countries could put the HINI vaccines into use, the epidemic had already been over. Based on the vaccine distribution order in the past, developing countries will undergo many delays and setbacks to get US COVID-19 vaccines.

The Chinese vaccines are an important humanitarian supplement, but the US and its major allies have taken a cold attitude and even disparaged Chinese vaccines. They didn't offer much help in Chinese vaccines' Phase III trials. Particularly, Western public opinion in general is not friendly. It is keen on hyping and exaggerating any information unfavorable to Chinese vaccines and accuses China of engaging in "vaccine diplomacy."

This has formed a sharp contrast with the fact that Western public opinion influencers are flattering Pfizer vaccines and downplaying news the vaccines caused deaths.

This represents vaccine nationalism and egoism that disregards the urgent humanitarian demands, giving rise to an atmosphere in which political prejudice dominates the pandemic fight. Unity is lacking in the fight against the virus, mainly because of the negative attitudes of the US and its major allies.

US and Chinese vaccines have their own advantages. They are supposed to cooperate with each other closely to fight the novel coronavirus. Besides prices and logistical factors, their usage in developed and developing countries should not be affected by politics. Don't let the "catastrophic moral failure" become reality and consolidated. It must be stressed that the coronavirus is the common foe of humanity, and the battlefield and tools that fight against it cannot be separated.