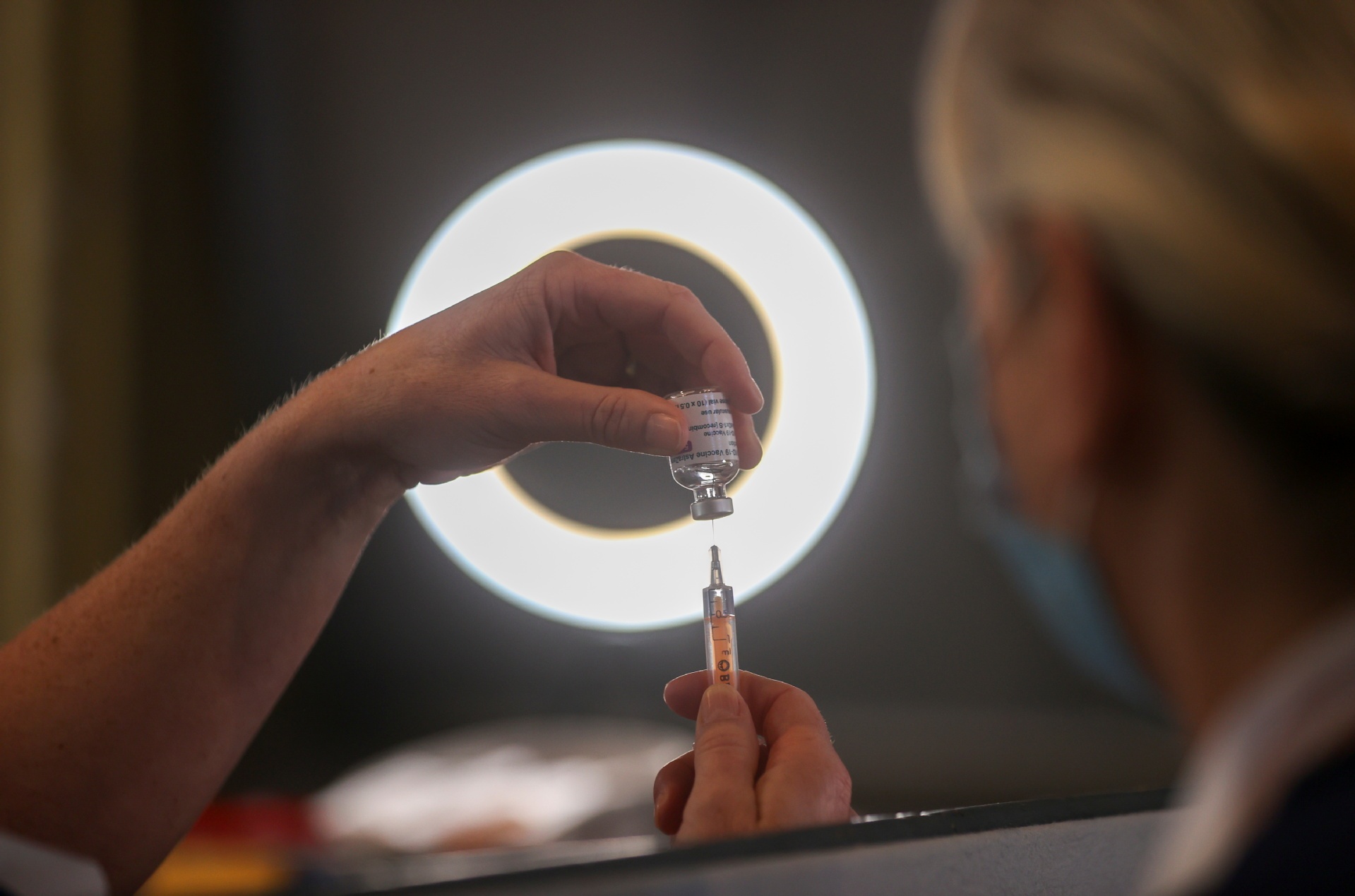 A health official prepares a dose of COVID-19 vaccine at a community vaccination centre at Hartlepool Town Hall, amid the outbreak of coronavirus disease (COVID-19) in Hartlepool in Britain on Jan 31, 2021. (Photo: Agencies)

What a sharp contrast! Despite their combined populations accounting for less than 6 percent of the global total, the United States, the United Kingdom and Israel have administered more than 45 percent of the world's vaccine doses, while in total less than 100 vaccines shots have been given to people in low income countries, according to a report published by Vox on Friday.

Underdeveloped countries are out in the cold as far as access to COVID-19 vaccines is concerned. The Economist Intelligence predicts that most developing countries will not have widespread access to the shots before 2023 at the earliest.

Yet, with their vaccination programs progressing, there are growing expectations in the developed countries that they will be able to effectively control the novel coronavirus.

But the situation may not be as promising as they anticipate. The World Health Organization has warned that the hoarding of vaccines by a few countries will enable the virus to continue to spread. This will allow it to mutate. There is the possibility that variants that can resist the vaccines will emerge and the COVID-19 pandemic will reignite even in the developed countries. Already it is thought that some of the vaccines that are being rolled out in developed countries may not be effective against a strain that emerged in South Africa.

No wonder WHO Director-General Tedros Adhanom Ghebreyesus said that vaccine hoarding would not only be a "catastrophic moral failure", but it would "keep the pandemic burning".

The WHO's top emergency expert, Mike Ryan, declared that rich countries "fighting over the cake" risks neglecting frontline health workers in developing countries that "don't even have access to the crumbs".

The UK and the European Union have been lobbing threats and accusations at each other because of the supplies of vaccines.

That even wealthy countries cannot figure out how to share the available doses among themselves points to the rise of vaccine protectionism, which is the last thing the world needs in the global fight against the pandemic.

China has promised that the vaccines it develops will be public goods for the global fight against the virus. It has 16 self-developed COVID-19 vaccines undergoing clinical trials, seven in phase-3 clinical trials, and it is already cooperating with some developing countries to ensure that they will have access to vaccines. Now more than a dozen countries have approved the registration of China's vaccines for their market or for emergency use.

But it is high time that the major powers sat down and talked about how the distribution of vaccines can be coordinated so that their effect is maximized.

If there are not enough doses of COVID-19 vaccines for a mass rollout in developing countries, plans need to be made to at least ensure health workers in these countries are inoculated.

Had solidarity in the global fight against the pandemic been forged at the very beginning, the virus would not have run as rampant as it has. Now the world needs to let solidarity prevail in the distribution of vaccines. Vaccine protectionism and unilateralism must not hold sway. Otherwise there will be no end in sight to the pandemic.