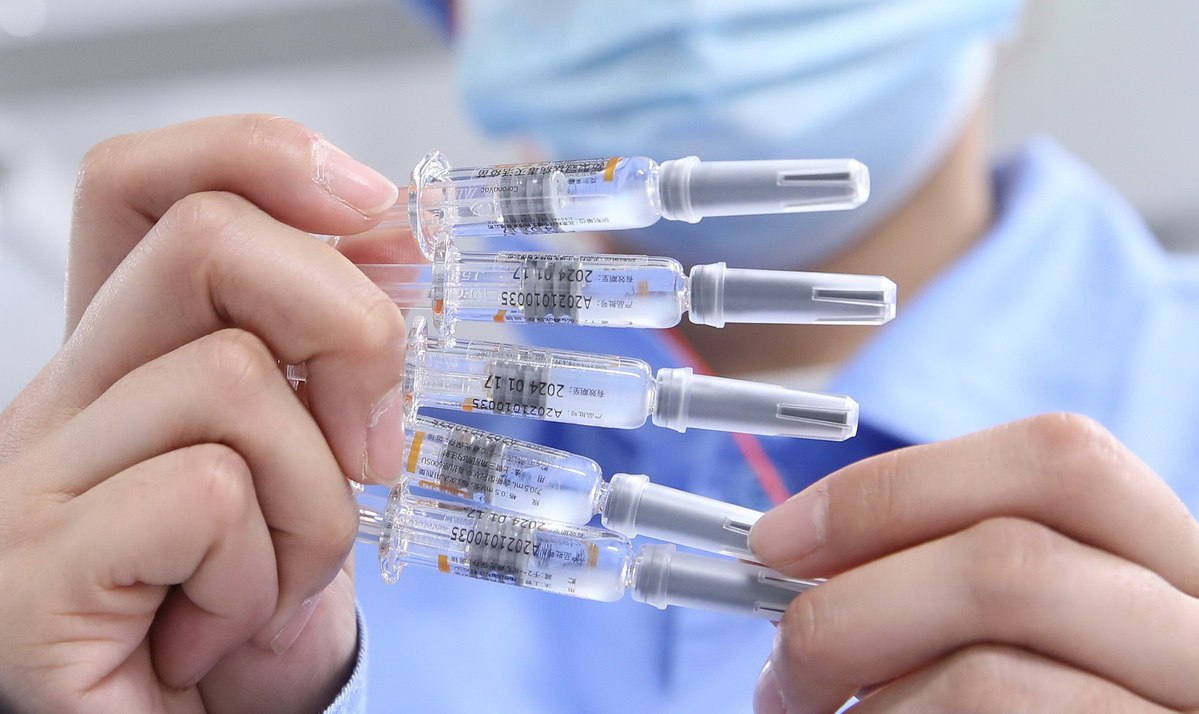 No wonder the World Health Organization has strongly criticized the controls on COVID-19 vaccine exports and the raw materials for their manufacture, as such controls will have a devastating impact on the supply of these essential vaccines worldwide.

The European Union's extension of its controls over exports of COVID-19 vaccines until June and the United States' implementation of the Defense Production Act to curb the exports of raw materials for the production of such vaccines leave poorer countries in the lurch and show that the global solidarity necessary to contain the spread of the novel coronavirus remains unforthcoming.

That European countries and the US are claiming first dibs on the vaccines is because of their high number of infections, which has a lot to do with their failure to effectively cut the channels for the transmission of the virus. Now they are pinning their hopes on the vaccines to win their battles against the virus.

But those countries should know that although the vaccines are undoubtedly powerful weapons in the fight against the virus and bring hope of saving lives, they are not a consummate panacea.

The best results in stopping the spread of the virus will likely be obtained if strict prevention and control measures are combined with vaccination. Bringing an end to the COVID-19 pandemic at the earliest opportunity requires this of all countries.

The EU countries and the US would not be so concerned with the early vaccination of all their residents if they had the spread of the virus under control, and thus would not feel the need to be first in line for the vaccines and the relevant raw materials.

China is providing vaccines for dozens of developing countries in urgent need of them and it has also exported vaccines to another more than 40 countries. At the same time, it is donating vaccines to United Nations peacekeepers and has already committed to providing 10 million doses for COVAX. The country has also said it is ready to work with the International Olympic Committee to provide vaccines for athletes taking part in the Olympics.

That is not only because it has done such a great job of containing the spread of the virus domestically that it has enough leeway to provide vaccines for other countries. But also because it knows that it has the obligation to help those developing countries and the global fight against the virus.

Instead of trying to get their hands on all the vaccines they can, the EU countries and the US should look at the bigger picture and implement strict prevention and control measures that their people have to abide by, so that there can be fairer distribution of vaccines globally. They should bear in mind that unless everyone is safe, no one is safe.