OPINIONS Value of currency not manipulated

Value of currency not manipulated 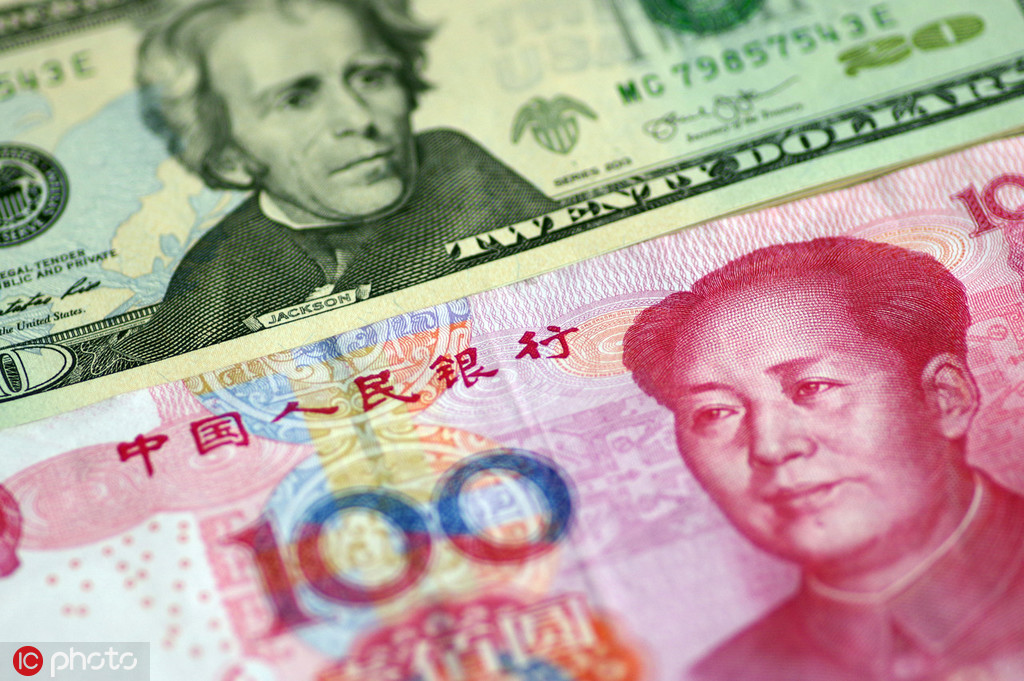 Yuan fluctuations earlier this month were a natural market reaction, resulting from trade tensions that have been escalated by the US. (Photo: IC)

China's stance that it did not manipulate its currency is based on solid ground, and the country's firm resolve to refrain from competitive devaluation and to promote the coordination of international currency policy has contributed to global financial stability, officials and analysts said.

The latest report by the International Monetary Fund said that in 2018 the exchange rate of the Chinese yuan had been broadly in line with sound economic fundamentals for the medium term and that Chinese monetary authorities had barely intervened in the foreign exchange market.

The report, released on Friday in Washington, was seen as supporting China's objection to being labeled "a currency manipulator" by the United States Treasury Department on Aug 5, according to officials and experts from home and abroad.

"The IMF is the world's most authoritative institution to assess exchange rates, not the US Treasury Department," said Zhu Jun, director of the International Department of the People's Bank of China, the central bank, at the China Finance 40 Forum on Saturday. The CF40 is a nongovernmental, nonprofit think tank.

The IMF has long been committed to promoting international financial stability and currency cooperation, redressing the imbalances of international payments, Zhu said.

Citing previous market performance, Zhu said the yuan has depreciated against the dollar following Washington's renewed threat of tariff hikes on Chinese goods. Similarly, the yuan fluctuations earlier this month were a natural market reaction, resulting from trade tensions that have been escalated by the US, she said.

The yuan weakened to above 7 per dollar for the first time in more than a decade last week, after Washington's threat to slap 10 percent tariffs on an additional $300 billion of Chinese goods starting Sept 1.

Shortly after the yuan fell beyond the psychological threshold, the US Treasury Department declared that China was manipulating its currency to achieve unfair trade advantage.

Zhu said that despite the trade tensions over the past year and a half, China has never used exchange rates to respond to external disruptions.

The IMF report, referring to last year's performance of the yuan, also said that even though the Chinese currency depreciated against the dollar fairly rapidly from mid-June to early August, it was "broadly stable" against a basket of benchmark currencies.

Moreover, the Chinese monetary authorities took measures, including reintroducing a countercyclical adjustment factor, to resist depreciation pressure during that period, according to the report, which is based on the IMF's latest Article IV consultation with China, a review of the Chinese economy that concluded on July 31.

The IMF report released last week suggests that the US labeling simply doesn't hold water, said Yu Yongding, a senior economist at the Chinese Academy of Social Sciences and a consultant for the CF40 forum.

The IMF report provides evidence that, rather than artificially depreciating the yuan for trade advantage, as the US administration alleged, China has shown a pattern of commitment to keeping the yuan generally in equilibrium at an adaptive level, said Liu Chunsheng, an associate professor at Central University of Finance and Economics in Beijing.

"This has actually contributed a lot to maintaining the order of the international financial community," Liu said.

Zhang Xiaohui, a senior researcher for the CF40 and a former assistant governor of the Chinese central bank, said, "The IMF conclusion is objective and reflects that the yuan was assessed to be broadly in line with medium-term fundamentals."

Besides refraining from competitively depreciating its own currency, China has also been committed to promoting international currency policy coordination, said Zhu, the bank official.

President Xi Jinping announced at the Second Belt and Road Forum for International Cooperation in Beijing in April that China will more effectively engage in international macro-economic policy coordination, including more improvements to the exchange rate regime, to ensure that the market plays a decisive role in resource allocation.

According to the IMF news release on Friday, its executive directors agreed that greater exchange rate flexibility and deeper and better-functioning foreign exchange markets would help China's financial system be more capable of dealing with capital flow volatility.

Chen Yuan, chairman of the CF40 Executive Council and former vice-chairman of the Chinese People's Political Consultative Conference, cautioned that China needs to prepare for long-term disputes, including in the field of finance.

Chen suggested increasing yuan-denominated settlements in global commodity trade and accelerating the internationalization of the yuan to reduce reliance on the dollar.

Zhou Xiaochuan, chairman of the China Institute of Finance and a former central bank governor, said at the CF40 forum over the weekend that China may have to take countermeasures in the face of any tariff or nontariff barriers imposed against the country.

It was not manipulation but market forces that pushed the recent depreciation of the yuan against the greenback, said Phil Levy, chief economist at Flexport, a San Francisco-based logistics company.

"It is difficult to argue that a failure to intervene against those market forces constitutes currency manipulation," he said.