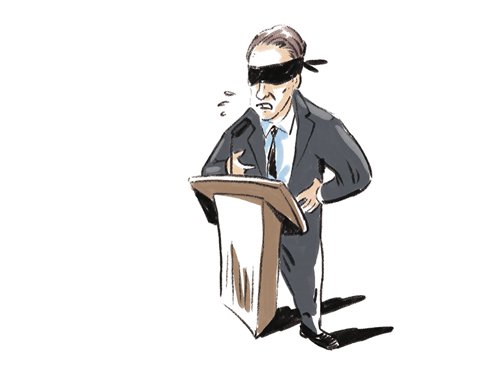 US President Donald Trump, during his campaign and early after taking office, said he wanted better relations with China and Russia. The US establishment had other ideas as Vice President Mike Pence's recent speech against China demonstrates.

Trump early on suggested a new approach for US foreign policy. He appeared to want to move away from US hegemonism and Cold War thinking. It was thought that he had a sense of an emerging multipolar world with which the US needed to come to terms.

As a businessman with no political or government experience, he, nonetheless, had an intuition that Washington had overstretched itself in unnecessary wars like Iraq and Afghanistan. Thus, he appeared to be aligned with the non-interventionist wing of the Republican Party. He castigated neoconservative hawks and their policy.

Many of his supporters today in the US are scratching their heads wondering what happened to Trump. But Pence's speech at the Hudson Institute comes as no surprise to those who closely follow US politics.

Two factors impacted Trump's administration and policy. First, he permitted the establishment to fill out the staffing of the administration. In a city which goes by "personnel is policy," as a political novice he handed over the Office of Presidential Personnel to the establishment. His first head of that office is the current US ambassador to Japan.

The second factor stems from the first. Trump never gained managerial control of his administration and the Executive Branch. The establishment's "Deep State" simply rolls right along as usual while Trump is hamstrung by various investigations. Congressional Republicans for the most part do not support him effectively.

So instead of a new constructive foreign policy for an emerging multipolar world, Washington elites stick to a Cold War zero-sum mind-set. Pence's speech is the latest demonstration of the inability of US elites to learn from history and to develop policy accordingly.

This hard-line approach is official doctrine that is clearly laid out in several national security strategy reports. The unclassified portions available to the public are indicative. Russia and China are considered strategic competitors who want to "revise" the international system. India is thought of as a counterweight to China.

Whether or not Trump has read these documents prepared by his National Security Council and Pentagon, he has approved them as the basis of US policy.

The international system which the US Establishment wants to continue by military and economic force, diplomacy, and psychological warfare is the Western dominated system from the post-WWII era. Western hegemony is to be maintained and no thought is to be given to multipolarity, pluralism and diversity.

Pence's speech pointedly reflects US policy and is an escalation of the administration's anti-China campaign which, in fact, parallels its anti-Russia campaign.

But Pence's speech now raises the hawkish and confrontational line to the vice presidential level. It is interesting that he weighs in so stridently and prominently. His speech had a big advance buildup as a "major foreign policy speech."

It is no secret that Pence is ambitious and would like to be president. From the beginning of the Trump administration, he has traveled around the world developing his knowledge, contacts and image.

Pence is well positioned for the move up should the opportunity present itself. Given the widespread and deep controversy over Trump, Republicans might choose another candidate in their 2020 convention and that would be Pence.

Pence's rant is more than just another election time speech. Given the political quagmire into which Trump has fallen, US observers must keep a close eye on Pence.