OPINIONS Victory against virus, in the name of people

Victory against virus, in the name of people 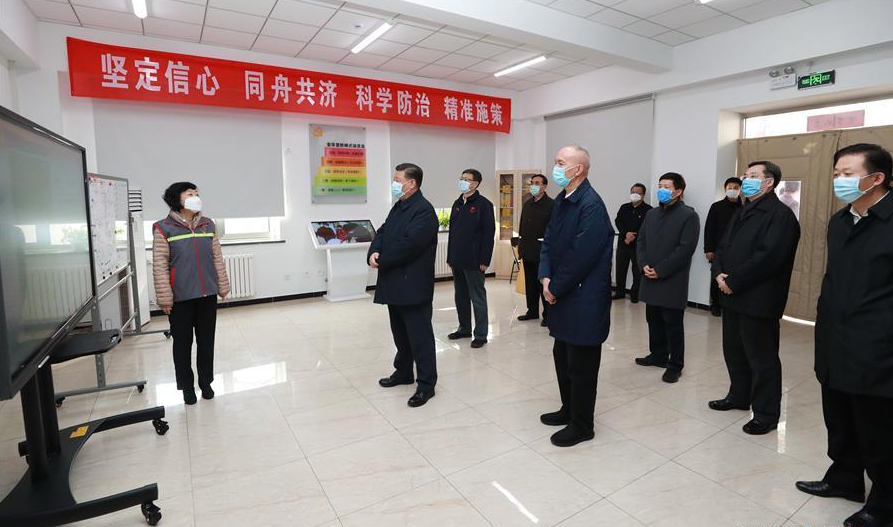 BEIJING, Feb. 10 (Xinhua) -- President Xi Jinping on Monday inspected the novel coronavirus pneumonia prevention and control work in Beijing, boosting the faith in national strength and an unconquerable will to win.

Xi's tour came at a time when China's battle against the epidemic has entered a very crucial time. The move has sent a strong message -- when the Chinese leadership focuses its efforts on challenges, it can achieve the goal with strong resolve, decisive measures and, more importantly, the power of the people.

When Beijing residents, community workers and frontline medical staff are talking with Xi, as video footages show, the strength and fortitude of the Chinese nation are shining.

Every life counts. The right to survival and health is the most basic and important human right. Fighting the coronavirus is a battle China must win.

Xi, also general secretary of the Communist Party of China Central Committee and chairman of the Central Military Commission, has emphasized on many occasions that the safety of the lives and health of the people is the top priority. During Monday's tour, he reiterated China's confidence in scoring victory in the fight against the epidemic.

Since the outbreak, China has gone all out to fight the disease. The speed, intensity and coverage of China's response have been unprecedented in the world.

Challenges are daunting, but there is no excuse to retreat.

The top leadership has quickly identified shortcomings in preparedness and capabilities, including those in the emergency management system, the national reserve system and reserve efficiency. All these challenges must be and will be overcome in China's characteristic system with a great degree of strength and resilience.

China is also fighting against rumors, prejudices and even racism from some foreign media outlets and politicians. The best response is not empty words, but concrete actions. The national mobilization, selfless efforts of medical workers, the miracle of tackling shortages ranging from hospitals to daily necessities and a mortality rate much lower than that of Ebola, SARS and MERS have given the world hope and gained respect for the Chinese people in this challenging situation.

There are impacts on the economy, especially the service sector, but the fundamentals of China's long-term economic development remain unchanged. China will make economic adjustments to minimize the impact of the epidemic.

Farsighted policies in industrial, financial, and fiscal sectors have been rolled out. China is paying close attention to employment and preventing large-scale layoffs. As long as the problems are foreseen, there are solutions.

The war continues. Chinese people will only stay stronger. A nation that has battled floods along the Yangtze River in 1998, SARS in 2003, the 8.0-magnitude earthquake in 2008 and many other challenges, will never step back until victory is won.

Victory is not final. It will become a prelude to China's glory on the journey of chasing its dreams.