Vigilance best defense against the virus 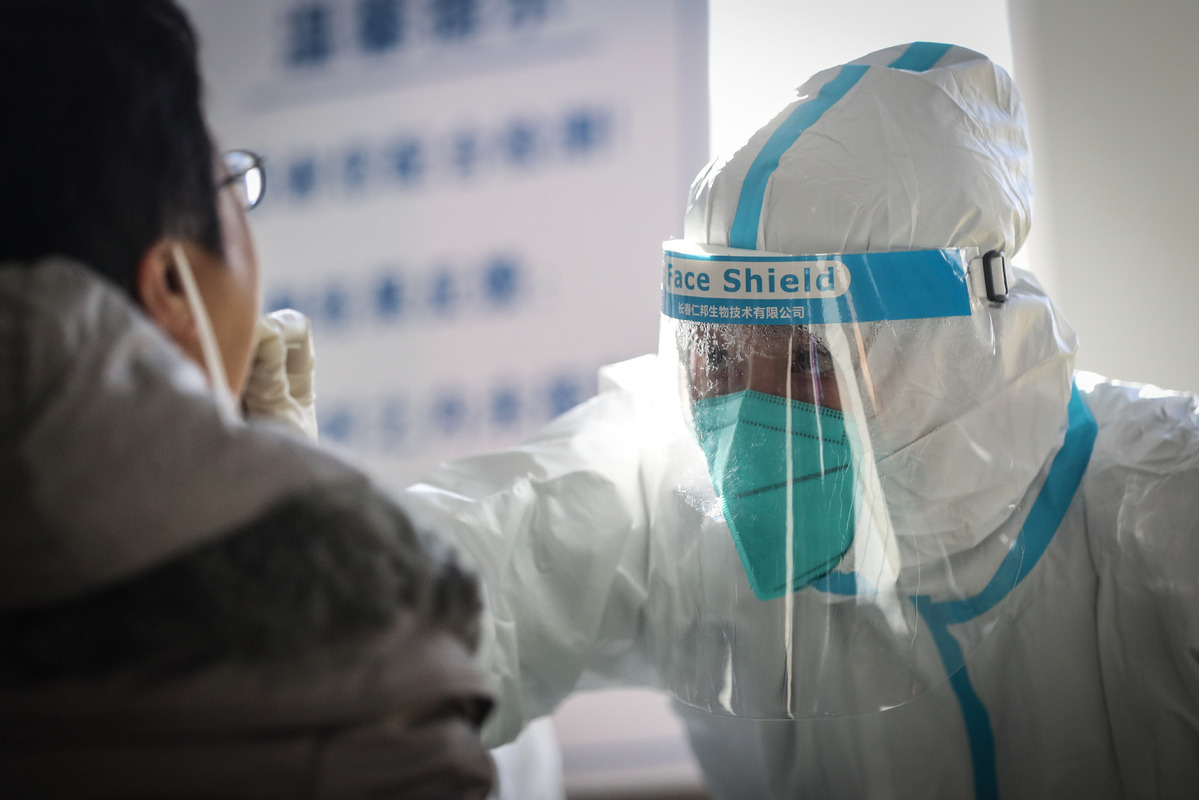 A medical worker collects a throat swab from a resident in Tiexi district of Shenyang, Liaoning province, Jan 1, 2021. (Photo: Xinhua)

That the wrappings of auto parts in some localities were reported on Saturday to have tested positive for the novel coronavirus once again suggests that people may contract the virus not only from those who have been infected. It is also possible for them to be infected through touching any object that carries the virus.

This explains why sporadic infections have appeared in various parts of the country despite the strict containment measures put in place nationwide.

While it is important to trace the source of the new infections in Hebei province, it is more imperative to heighten everybody's awareness of the need to maintain vigilance against the virus.

Some experts' cautions that low temperatures provide a better environment for the novel coronavirus to survive longer on surfaces has been verified by the connection between China's sporadic infections and imported cold chain products that have tested positive for the virus.

The colder it is, the more possible it is for the virus to spread by surviving on any objects that have been transported from one place to another. Given the rampancy of the pandemic in many parts of the world, it has become even harder a job to prevent the virus from entering the country.

Apart from disinfection work that must be rigorously carried out on imports in border ports, it is indeed necessary for everyone to be careful in handling the goods that have been delivered to them. The wrappings of delivered goods need to be disinfected first before they are opened. Hand washing should be a must after handling delivered goods.

It was not easy for China to have generally brought the virus under control. It is therefore absolutely necessary and right for a local government to do whatever it can to cut off the spread of the virus immediately after sporadic cases are discovered.

As far as what every individual can contribute to the fight against the virus is concerned, everyone should wear a face mask wherever one goes, wash their hands frequently and stay away from public venues whenever possible. Even though an increasingly large number of people are being inoculated against the virus, vigilance is always the best defense.