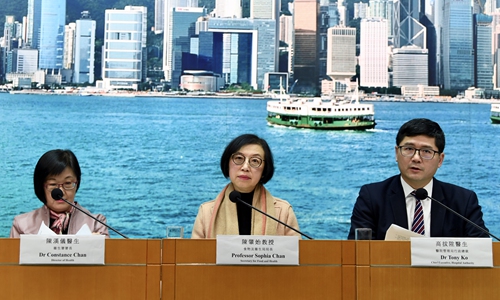 The city of Wuhan, Central China's Hubei Province, on Monday updated its report over the epidemic situation of the new coronavirus pneumonia. In the past two days, 136 new infections were confirmed in Wuhan, bringing the number of total infections in the city to 198 and the death toll to three. On the same day, two patients in Beijing and one in Shenzhen have also been confirmed to have been infected with the virus, and five suspected cases were reported in East China's Zhejiang Province. Suddenly, there was a sense of nervousness in the entire Chinese society.

At this point, it is important for the public to remain calm, get the whole picture of the epidemic situation and analyze the situation objectively.

This time, it is obvious that suspected cases are undergoing a process of confirmation and judgment. The related prevention is underway to control the spread of the pneumonia. In the age of social media, unofficial information has been spreading on the internet and competing with official information. Under such conditions, government agencies cannot hide information even if they want to.

Western media have been covering the case more timely than those in China. The capability to strengthen timely information of major events in their early stages needs to be built in all parts of China. Doing so would help increase the public's confidence in the face of complexities.

The government and the public must listen to the conclusions and opinions of disease control experts, who are now speeding up research to provide policy advice.

Many professionals don't support the immediate mobilization of society to engage in prevention and control as China did during the SARS period. They suggest prevention and control should be mainly carried out at the level of medical institutions and the general public. Their opinions deserve public attention.

Beijing was the center of the epidemic during the 2003 SARS outbreak. At that time, the municipality was mobilized to prevent SARS from spreading. Economic and social construction retreated to a secondary position and classes were suspended in primary and middle schools.

The current situation has not deteriorated to such a degree, but effective prevention and control measures that Beijing adopted back in 2003 had been quickly followed across the country - all people suspected of viral infections would be isolated for treatment; public spaces, airports and stations in particular have stepped up temperature measurement.

In the later stages of the SARS epidemic, people in Beijing did not panic because all suspected patients had been quickly isolated for observation and treatment. Today, when China's medical system and prevention and control mechanism are mobilized, we don't think the scenario that we may drink in the same café, eat at the same restaurant, or watch movies in the same cinema with the patients would take place.

We will found ourselves living in a society that is experienced in and more capable of dealing with the new situation, and we can calmly estimate how far we are from the new virus.

With the Spring Festival approaching, we have to strengthen our vigilance and be confident in the government agencies and medical institutions that are striving to safeguard the safety of the Chinese public and prevent the holidays from being ruined by the new disease.