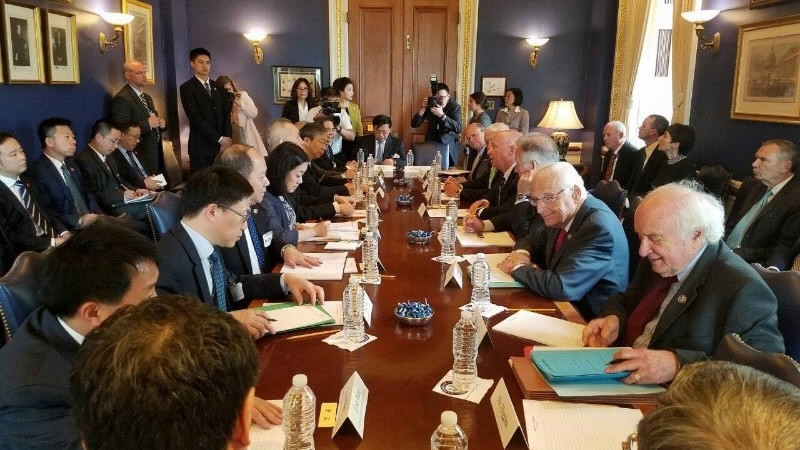 They say a picture is worth a thousand words.

Going by the reactions this combination of two photos (below) received on various social media platforms including China’s Twitter-like Weibo, they not only count for more but also appear to indicate the stark contrast of a changing world order spanning over a century – where a resurgent "young" China faces an "aging" United States in retreat. 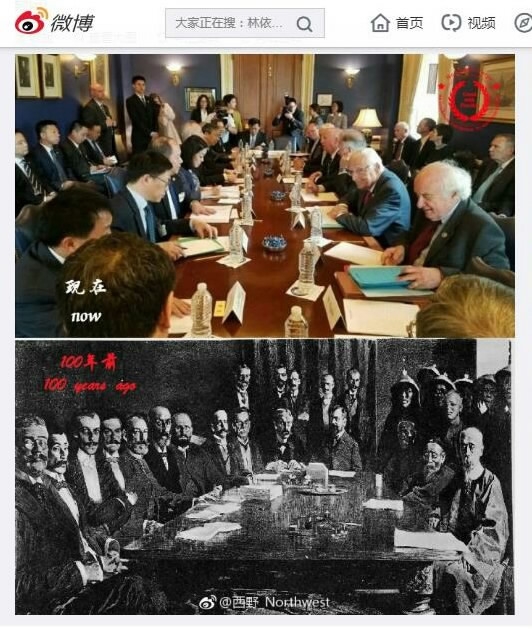 A screenshot of the combination of two photos from China's social media platform Weibo.

This image is juxtaposed against a black-and-white photograph from 1901 showing elderly officials from China’s Qing dynasty alongside envoys from Western colonial powers, who look evidently younger, during the signing of an accord after the anti-foreigner and anti-colonial Yihetuan Movement, also known as the Boxer Rebellion.

Another Weibo user cited a popular television show host to assert his views. "Just as Zhong Chengdong says on TV show ‘Chinese Entrepreneurs’: China has changed, but the US has not. We now need to change how America perceives us. We value peace, but we are not afraid of war. This means that we don’t mess with you as long as you don’t mess with us. But if you confront us, we will crush you,” said @likeyou131420

“I don’t mind about other things, but putting these two photos spanning over a hundred years is breathtaking,” said @lizide1997.

The debate trickled down on other social media platforms like Facebook and Twitter too, with many netizens noting the clear distinction in age between the Chinese and US delegations as a symbolic turning of the wheel of fortune for both the countries.

“The US is old, and China young, in so many respects, including this one…” said Stewart Brand.

However, other Twitter users countered that the age of a country may just be a matter of perspective.

There were some who raised the gender issue by citing how the only woman delegate in the talks was on the Chinese side while the US was represented only by “old, white men.”

It is evident that China’s rapid economic rise in recent decades has created anxiety in the US and the West, with debates about Beijing replacing Washington as the dominant global power becoming a frequent theme in international media and think tanks.

US President Donald Trump’s imposition of stiff tariffs in March on Chinese imports worth over 60 billion US dollars further fuelled fears of an imminent trade war.

However, last week’s trade negotiations led by Chinese President Xi Jinping’s special envoy and Vice Premier Liu He on one side and the US economic team headed by the US Treasury Secretary Steven Mnuchin on the other avoided spiraling of the trade disputes. 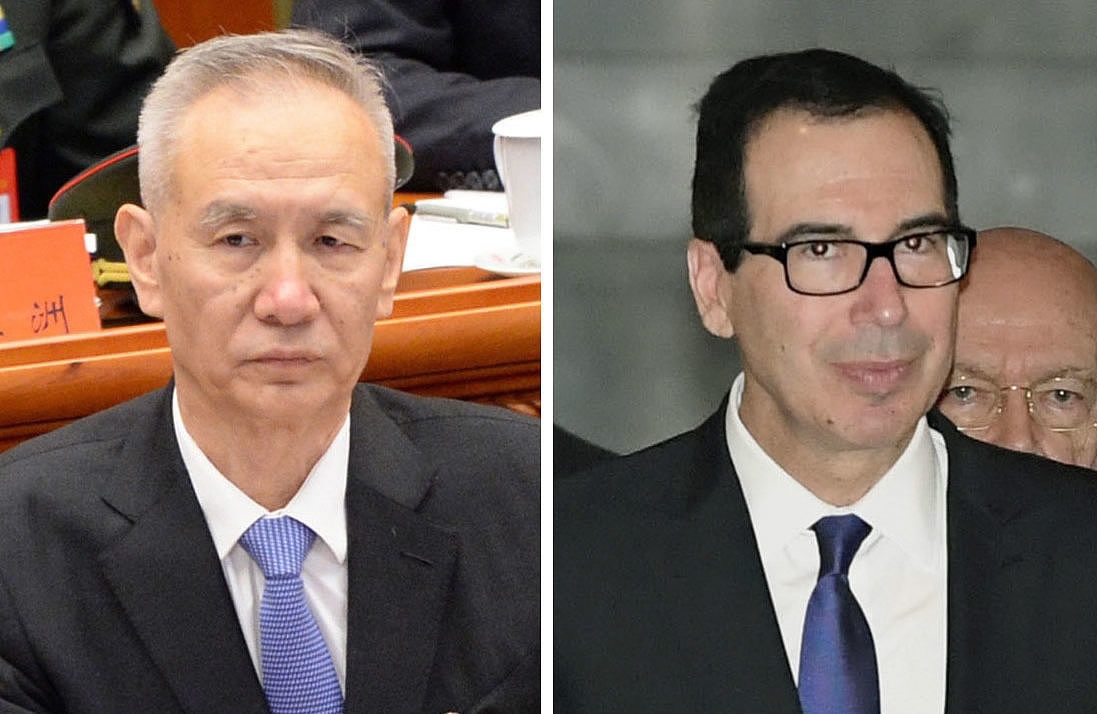 After the talks, Liu on Saturday announced that China and the US had reached consensuses on economic and trade issues, pledging not to engage in a trade war.Mnuchin is expected to visit China soon.

The viral photo from Washington was taken during the Liu-led Chinese delegation’s discussions with the members of the US House Ways and Means Committee, which is responsible for tax and trade issues. The American team was led by the committee’s chairman Kevin Brady, a Republican congressman from Texas. 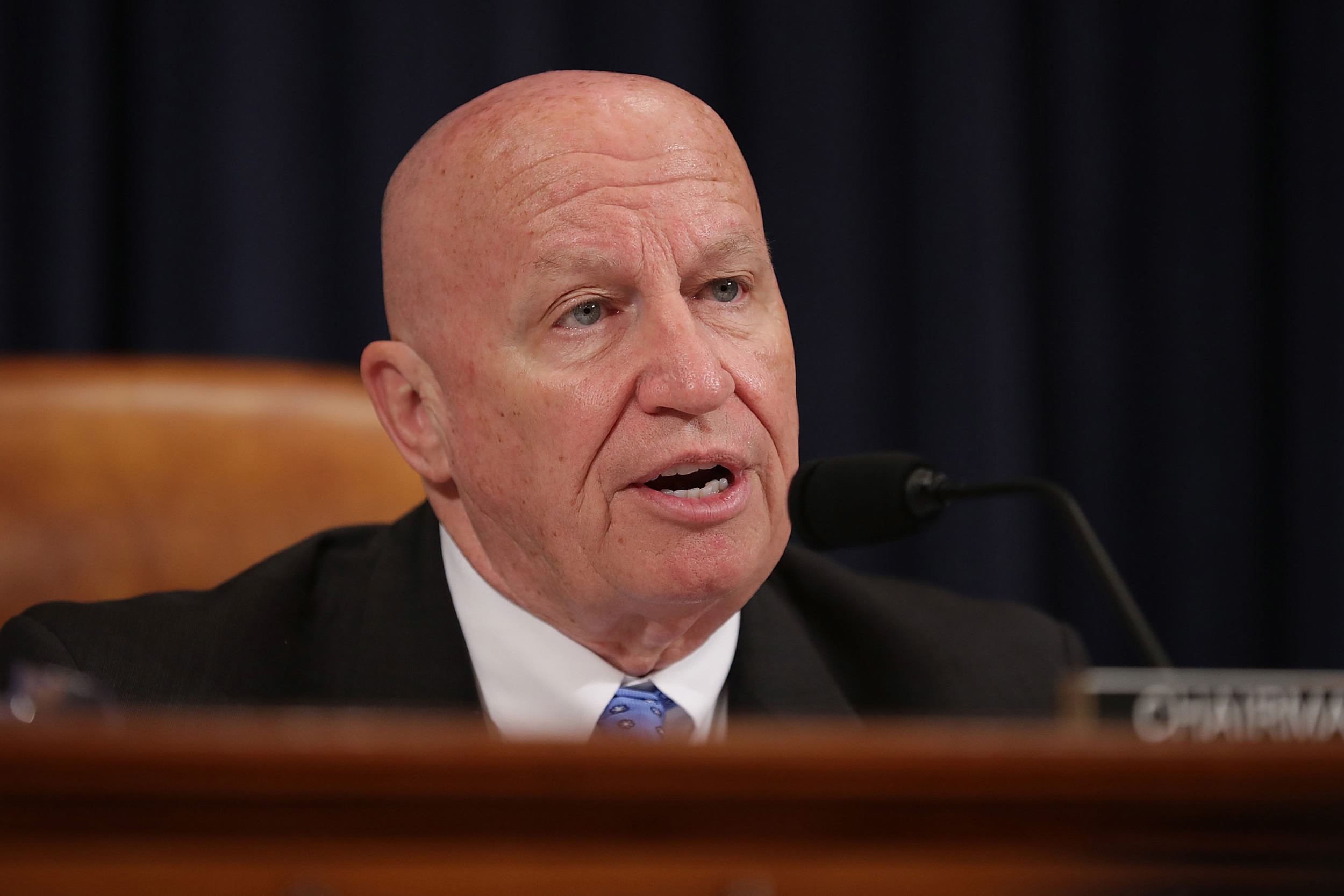 US House Ways and Means Committee Chairman Kevin Brady in the Longworth House Office Building on Capitol Hill in Washington, DC, US, on March 22, 2018. (Photo: VCG)

It would be relevant to mention that while Liu is 66, Brady is three years his junior at 63.

Both Liu and Brady are seen in the photo leading their sides, but the American congressmen who are most prominently visible are Democrats Sander M. Levin, 86 and oldest at the table; and Bill Pascrell Junior, 81.