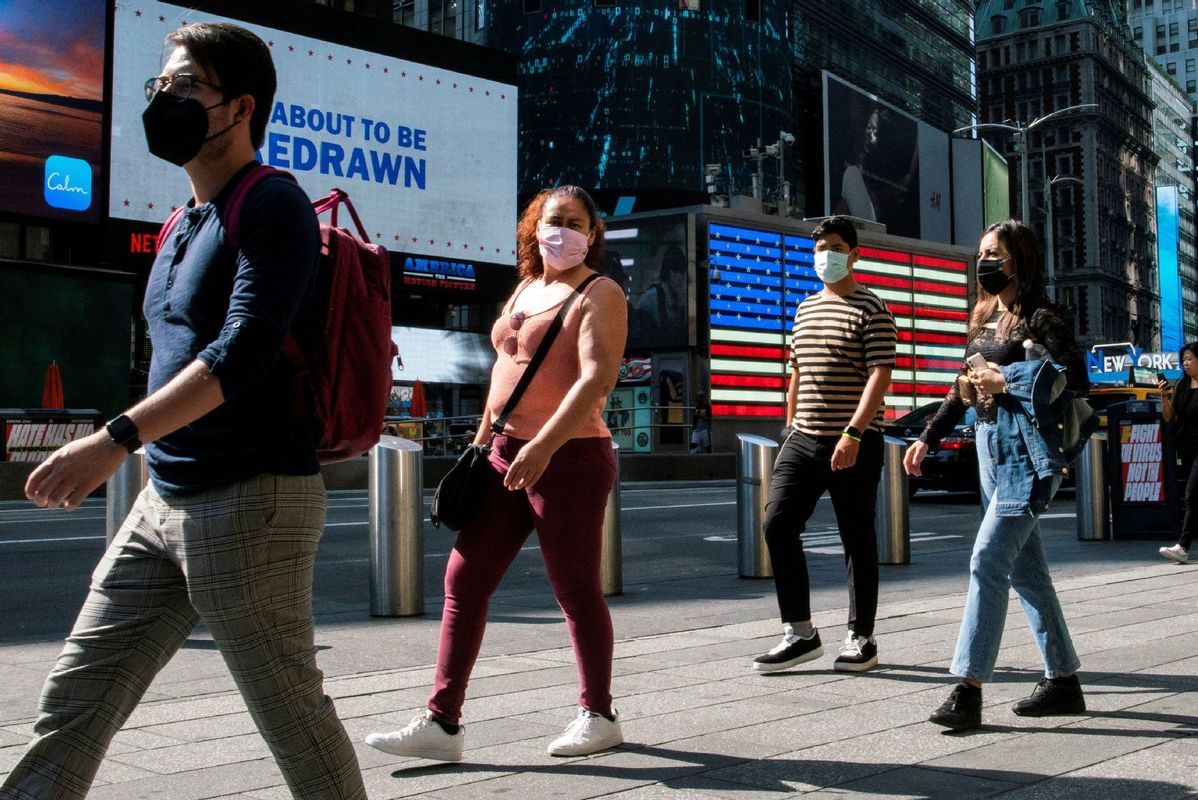 The pandemic situation in the United States, fueled by the Delta variant of the novel coronavirus and the government's ineffective response, continues to worsen. If the two political parties continue to put partisan interests above the welfare of the American people, there may be worse to come.

Despite boasting the most advanced medical technologies and facilities, the US has both the highest number of infections and the highest death toll. In recent days, driven by the Delta variant, daily infections surged to 100,000 on average, painting an even gloomier picture of the country's pandemic control efforts. Much of the human suffering behind these statistics could have been avoided, as the US has both the resources and expertise to control the pandemic in a much more effective way.

Yet since the outbreak of the virus, politicians in the US have chosen to put their political calculations above pandemic control and deemed their political agendas more important than lives. They have even used the pandemic as a pretext to suppress science and fuel the ill trend of disinformation.

Early last year, then US president Donald Trump, mired in bipartisan conflicts, downplayed the risks posed by the pandemic in a bid to buttress economic growth ahead of the presidential election. This directly led to the malfunction of the US pandemic prevention and control system.

Driven by the money politics that holds sway in the US, the country released trillions of US dollars in new money, leading to a continuous rise in the stock market and the bloated coffers of US billionaires.

The pandemic has also further exposed the racial discrimination and injustice that are endemic to US society. Seeking to shirk their responsibilities and dodge blame, US political leaders have resorted to stigmatization and political gimmicks to manipulate public opinion.

As a result, people of Asian and Pacific Islander descent have been scapegoated for the pandemic. The latest statistics from Stop AAPI Hate, a California-based nonprofit social organization tracking racially motivated incidents related to the pandemic, show more than 9,000 incidents were reported between March 19 and June 30.

Asian Americans are not the only group subjected to racial discrimination and social injustice, African Americans and other disadvantaged groups have also been victims of prejudice and inequity. It is no exaggeration to say that the bipartisan politics in the US is responsible for the failure of the US government to contain the virus, widening the country's political divide and plunging US society into chaos.

To some extent, the political virus that Washington has been spreading during the pandemic is worse than the virus itself.