Vision to build an Asia-Pacific community with a shared future 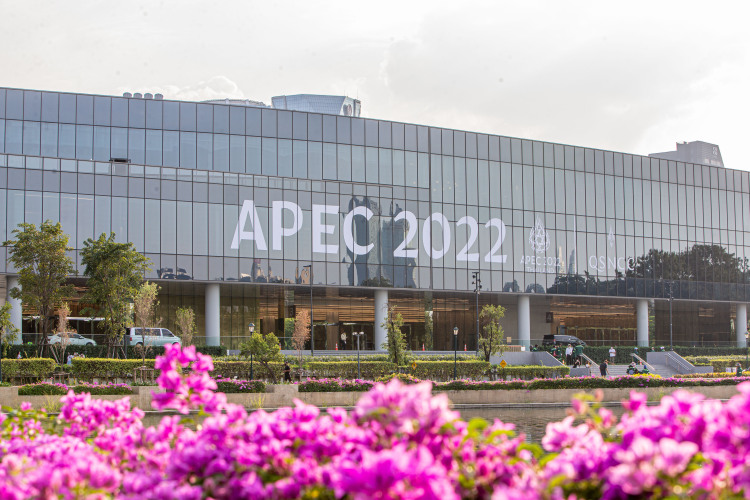 The goal of the Asia-Pacific's development should be to build a regional community with a shared future. This is the message President Xi Jinping gave in his speech at the 29th APEC Economic Leaders' Meeting in Bangkok on Friday.

His call reflects the common aspiration of the countries in the region, given the tremendous challenges they face amid the fast-changing global environment. Demonstrating his strong sense of geographical and cultural belonging, President Xi called the Asia-Pacific "our home", which enjoys some unique favorable conditions and values that enable it to make the right choice whenever it reaches a crossroad.

Thanks to robust economic cooperation over the past decades, the region has created what can be called an "Asia-Pacific miracle", and become an economic powerhouse consolidating the global industry and supply chains, and driving global growth.

Compared with some other regions where some countries still follow the law of the jungle because it suits their geopolitical, zero-sum games, the Asia-Pacific believes in mutually beneficial cooperation and common development, which can be partly attributed to the regional nations' faith in peaceful coexistence.

As an ancient saying goes, a good neighbor is much better than a brother far off. Mutual assistance has always been a regional trait — even before the term international relations was coined. That historical legacy, along with economic globalization, particularly after China launched reform and opening-up, has greatly contributed to the region's collective development. And the widening common interests of the regional countries, based on openness, inclusiveness, mutual respect, peace and stability, have reinforced their belief in their shared historical values.

In just more than a week, Cambodia, Indonesia and Thailand have held the top-level meetings of the Association of Southeast Asian Nations, the G20 and the Asia-Pacific Economic Cooperation respectively, providing a platform for many world leaders to have their first in-person meetings since the COVID-19 pandemic broke out nearly three years ago.

By doing so, the three Asia-Pacific countries have not only highlighted the unique Asian values, but also showed the region's potential to drive global economic recovery, stabilize the global industry and supply chains, as well as address the global deficit in trust, governance and communication.

Also, thanks to the unique Asian values and regional solidarity, the attempts of some external forces to sow the seeds of discord among the countries in the region have failed. Asia-Pacific countries should bear in mind their shared future, and work together to make the region a better place by promoting low-carbon, sustainable development.

To that end, as Xi said, "we must join hands together to build an Asia-Pacific community with a shared future and take Asia-Pacific cooperation to a new height".