OPINIONS Wake up India, you're harming yourself

Wake up India, you're harming yourself 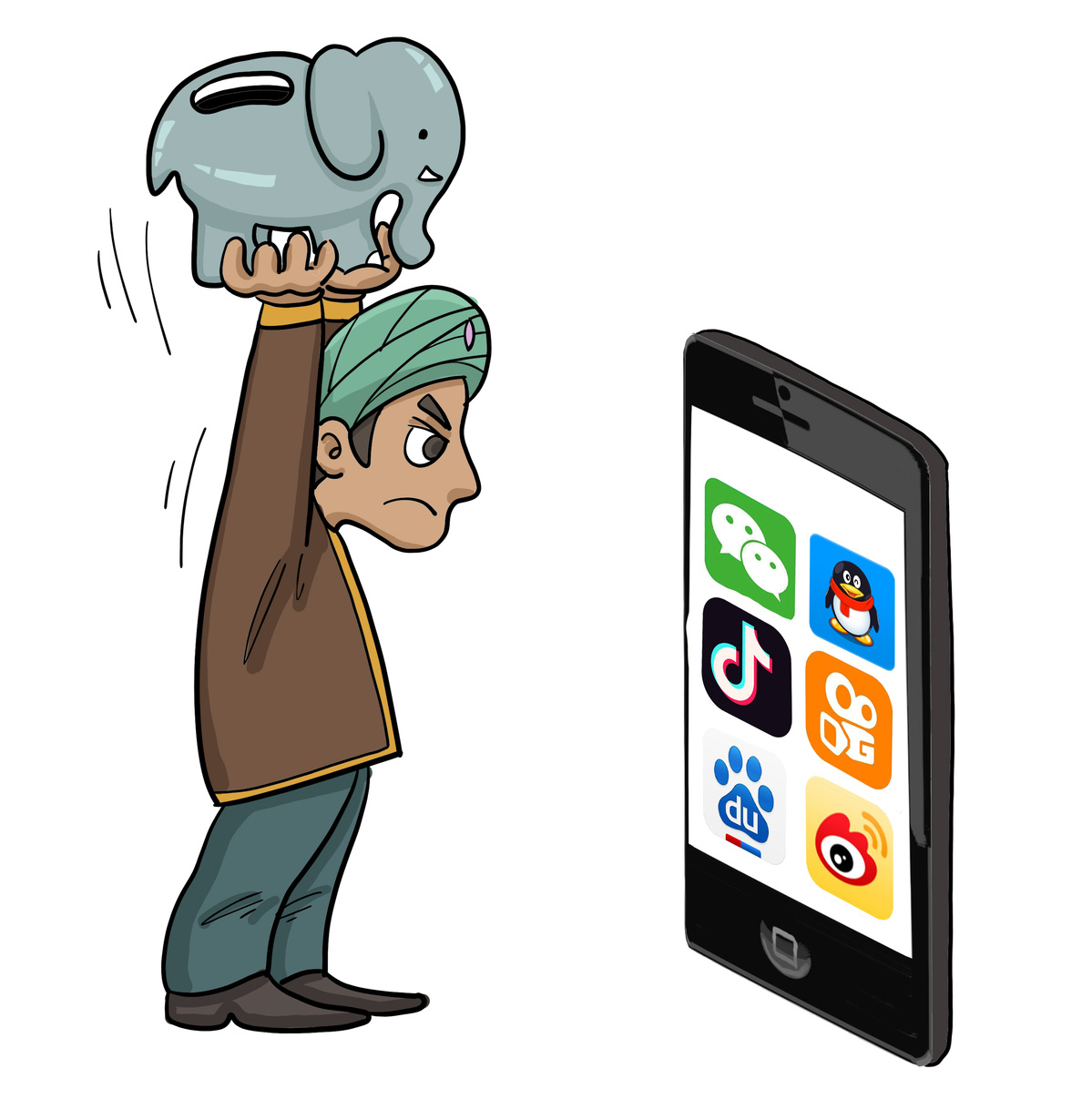 On Tuesday, reports said that the Indian government had announced a ban on Baidu and Weibo, two popular smartphone apps developed in China.

Combined with the recent ban on short video sharing apps such as TikTok and Kwai, and social media app WeChat, India has now blocked its residents from using almost all popular Chinese apps.

That apart, in the past few months, India has provoked border clashes with China, set limitations on Chinese enterprises and imposed higher tariffs on some products imported from China.

In a nutshell, India seems to be cutting off ties with China, although one fails to understand why. The two countries have generally maintained good neighborly ties for a long time and changing that will do India no good.

The latest data from India's Ministry of Commerce and Industry show India's imports from China totaled $65.26 billion in the fiscal year 2019-20 and its exports to China totaled $16.6 billion. India exports raw materials to China and imports industrial products such as electronics and organic chemicals.

Should the two countries engage in confrontation, it would be much easier for China to find alternatives. More important, India has little, or no, chance of getting the upper hand in any conflict with China.

Following the ban on Chinese apps in India, someone joked on a social networking site in China saying: "We have no way of boycotting Indian apps, because there are hardly any with any influence in the Chinese market."

There are internal conflicts too, in India. With the ban on TikTok, many Indians have lost a chance of making money by sharing their video clips, and these people are opposing the ban.

Instead of repeating the mistakes of the past and shedding its people's blood to realize its selfish plans, it would be better for the Indian government to come to its senses to save the country more trouble.