OPINIONS Washington behaves like a gangster who's judge and jury of rule-breaking behavior: China Daily editorial

Washington behaves like a gangster who's judge and jury of rule-breaking behavior: China Daily editorial 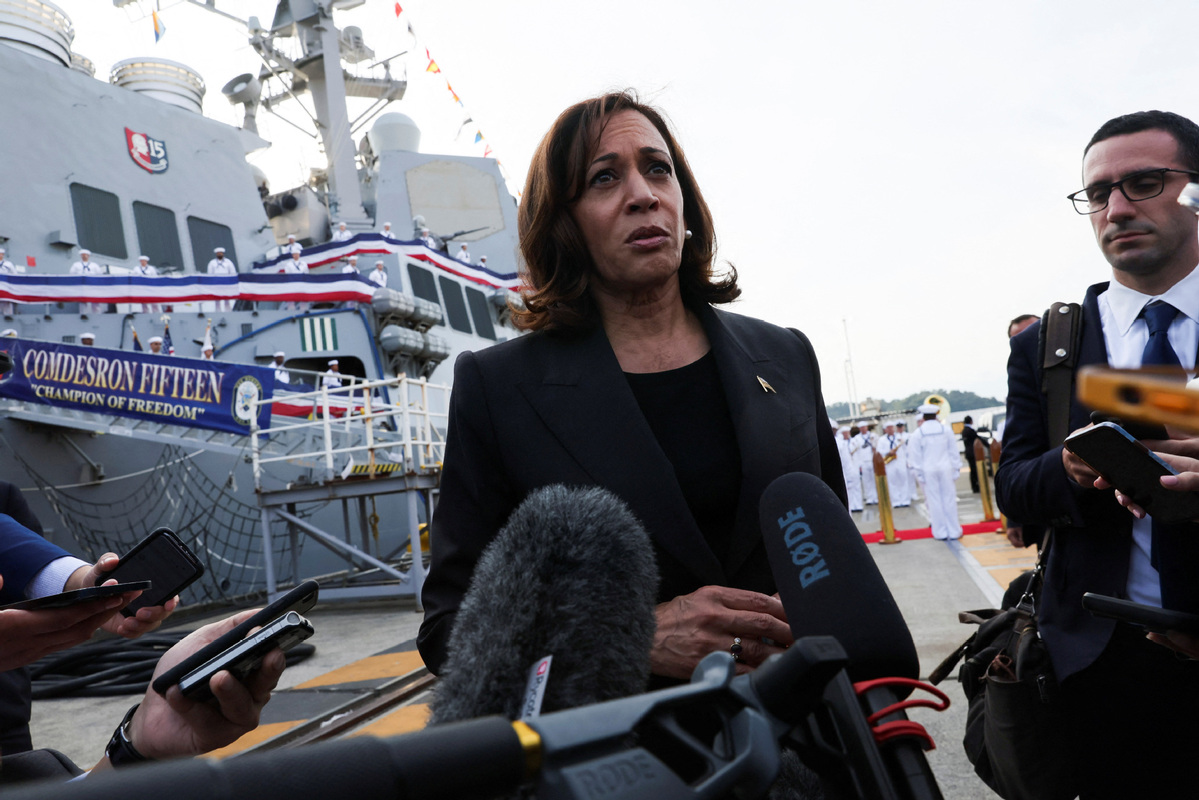 US Vice President Kamala Harris talks to the media at Yokosuka Naval Base, in Yokosuka, Japan, Sept 28, 2022. [Photo/Agencies]

Power has not endowed the United States government with the decency and dedication to global responsibility that its claims to the moral high ground warrant. Instead, it has only served to make it more brazen in defying the rules and norms of diplomatic behavior.

This was once again in evidence in a speech that US Vice-President Kamala Harris delivered to US personnel stationed at the US naval facility at Yokosuka, outside of Tokyo, which is one of its largest military bases overseas.

Calling the pot black, Harris claimed that "China is undermining key elements of the international rules-based order" and said the US "will continue to oppose any unilateral change to the status quo", falsely implying that it is China rather than the US and the authorities in Taipei that is attempting to do so.

Harris should know that it is the provocative visits of US officials to the island, the US' so-called freedom of navigation operations in the Taiwan Straits and its militarizing of the island and the region that are aimed at changing the status quo.

The "unofficial relations" the US professes to have with the island's secession-seeking authorities have become a fig leaf to cover up the collusion between Washington and Taipei, which are intent on transforming the Taiwan question from an internal affair of China into a cause celebre.

Harris' remarks, which came just five days after US Secretary of State Antony Blinken reassured Chinese State Councilor and Foreign Minister Wang Yi in New York that the US is committed to maintaining peace and stability across the Taiwan Straits and remains committed to its one-China policy, once again demonstrates the effrontery of the Joe Biden administration in its attempts to dictate what's what to the international community.

In the same way that it has hatched the Ukraine crisis to weaken Russia and control Europe, it is trying to use the Taiwan question to control the Asia-Pacific and weaken China.

Since it is the US that is "undermining key elements of the international rules-based order" by putting itself above the United Nations-centered international order, it tries to justify its unruly behavior by claiming to be leading the "free world" in a struggle against "authoritarianism".

Cloaking its gangsterism with moral superiority, the US administration demands support for, or at least the condoning of its hooliganism, on threat of persecution.

What constitutes the biggest threat to peace and stability across the Taiwan Straits at the moment are the Democratic Progressive Party authorities' provocations aimed at "Taiwan independence" and the connivance and support they are receiving from Washington.