BEIJING, Nov. 30 (Xinhua) - In the name of freedom and democracy, the newly signed so-called Hong Kong Human Rights and Democracy Act of 2019 is a gross interference in China's internal affairs by Washington. 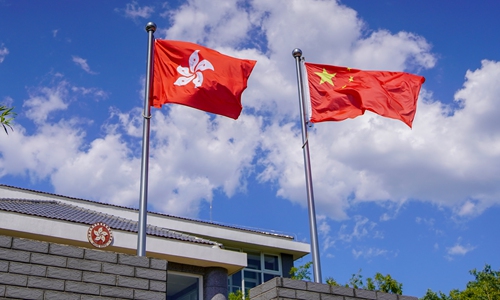 The law, which smacks of ego and arrogance, is backing violent criminals at a time when Hong Kong is in a desperate need to end violence and chaos, and restore order. It is also a blatant example of Washington's long-term hypocrisy and practice of double standard on issues related to human rights.

For quite some time, some politicians in Washington have gotten used to lecturing other countries on human rights while turning a blind eye to the fact that human rights violations in the United States are multiplying.

According to data released last year by the US Federal Bureau of Investigation, 1.2 million violent crimes, including more than 130,000 rapes and 17,000 murders, were reported in the United States in 2017. While gun violence has also become an epidemic, interest groups have highly politicized the gun control issue and turned any potential solution into a mission impossible.

The chronic systematic racial discrimination in the United States has also grown worse.

Across America today, more and more African Americans risk dying at the hands of police due to their skin color, ethnic minorities face ever severe judicial discrimination, and the number of racist hate crime cases hit one record after another.

Also, privacy breaches caused by cyber surveillance, as well as inhumane immigration policies that separate parents from their children, have drawn wide criticism from many international institutions.

America's human rights record is not only infamous at home, but also appalling abroad.

For more than a decade, the persistent US overseas military operations have resulted in massive civilian fatalities. Through such means as regime changes, wars, and economic embargoes, the United States has spawned one human rights disaster after another in many parts of the world.

While the US human rights situation is flashing alarm signs, China is making steady progress.

Since the founding of the People's Republic of China 70 years ago, the wellbeing, rights and freedoms enjoyed by the Chinese people have seen remarkable progress and growing global recognition. Since Hong Kong's return to China, the "one country, two systems" principle has seen a faithful and full implementation, and the legitimate rights and freedoms of Hong Kong residents have been fully guaranteed.

However, some US politicians have chosen to ignore China's substantial human rights progress.

In the eyes of these politicians, the interests of the 1.4 billion Chinese people, including those in Hong Kong, are no more than an excuse they can manipulate to interfere in other countries' internal affairs, contain their development and grab for themselves political and economic gains.

Fortunately, their sanctimonious lies can never be perfect enough to deceive the entire international community in the face of facts.

It is advised that those in Washington who still seek to play the human rights card against China should take a good look at themselves and clean up their own human rights messes, both at home and abroad, before pointing fingers at others.