BEIJING, Aug. 26 (Xinhua) -- After a Chinese state-owned company reportedly took a stake in a subsidiary of ByteDance, the parent company of TikTok, a new round of debate has been ignited in Washington on whether the short video platform poses a threat to America's "national security." 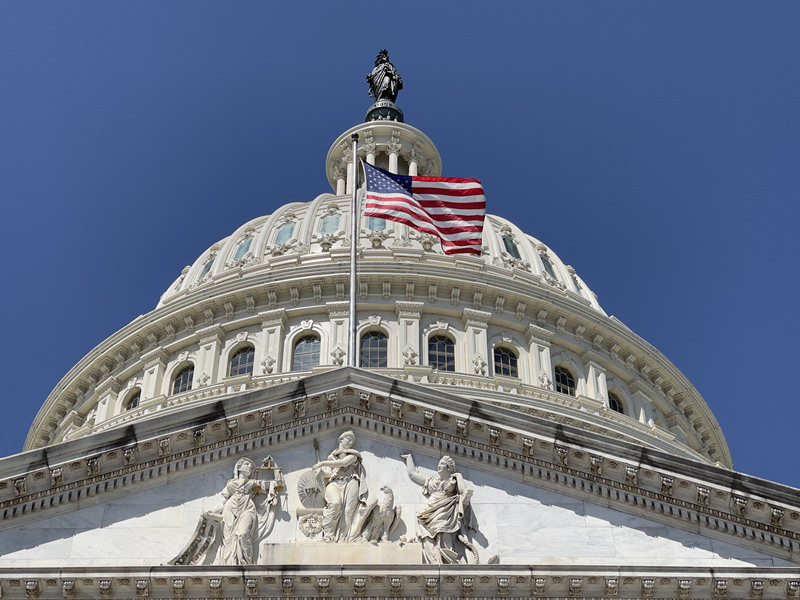 For quite some time, Washington and its wealthy interests seem to have enjoyed a binge in casting the "national security" spell on China and whoever else they hate.

By fabricating lies and peddling anxiety through the so-called "security threat" conspiracy, US politicians attempt to suppress other countries and win more votes for themselves, lobby groups hope to snap up more orders for their industries, and businesses seek to set their competitors up and knock them off for good.

Ever since the Monroe Doctrine, a cornerstone of future US foreign policy, the generalization and abuse of the "national security" concept has gotten worse in the country. Over the years, under huge pressure from Washington, few people have ever dared to do justice to China and other victims of the so-called "security threat" conspiracy.

Noting that both Republicans and Democrats "seem to be climbing over each other to demonstrate who can take a harder line on China," Matt Perault, director of Center for Science & Technology Policy at Duke University, said "the atmospherics around this issue are more about potential risk and less about actual, demonstrated risk."

Washington's political game in the name of "national security" has fully exposed its hegemonic logic of "America First."

On the grounds of "washing powder," Washington claimed Iraq was building weapons of mass destruction, and invaded the oil-rich Western Asian country with its allies. Taking videos of false-flag airstrikes and chemical attacks on civilians as evidence, Washington, together with the governments of Britain and France, claimed the Syrian government had used chemical weapons to attack its civilians, and launched targeted airstrikes in the country.

Those wars provoked by Washington and its allies in Afghanistan, Iraq, Syria and other countries have led to hundreds of thousands of deaths and displacement of millions, and severely threatened global and regional security.

In fact, under the guise of "national security" lies Washington's insatiable appetite for political, economic and technological interests. The past years have witnessed America unscrupulously cracking down on specific foreign enterprises in the name of protecting "national security."

By April, the United States has listed 382 Chinese companies and institutions on its Entity List. It also enacted the so-called "Holding Foreign Companies Accountable Act" with provisions that clearly discriminate against Chinese companies.

Even Washington's closest allies are not spared the suppression under the pretext of "national security." Companies in France, Germany and Japan have had a taste of America's "long-arm jurisdiction," which has grossly undermined others' economic sovereignty and gravely disrupted global economic order.

As Frederic Pierucci, a former executive of French company Alstom who was arrested by the FBI in 2013 on charge of bribery, has warned, the United States is using law as an economic weapon.

What's worse, a country that has been prating about security is ironically sabotaging global security. From plotting "color revolutions" and promoting "Neo-Monroe Doctrine" abroad, to weaving a clandestine surveillance net around the world, the United States has drained its national credibility and reputation.

Fortunately, few will buy America's rhetoric about "national security" because its notorious track-record speaks louder. Facts have proved the concept is only Washington's tool to grab interests and reinforce supremacy at the expense of others' security and interests.

It is hoped that next time when labeling anyone as a "national threat," Washington will seriously think about who is the real threat to the larger world.