BEIJING, March 16 (Xinhua) -- As the number of confirmed cases outside China has topped 83,000 as of Monday, the global battle against COVID-19 has entered a critical stage. 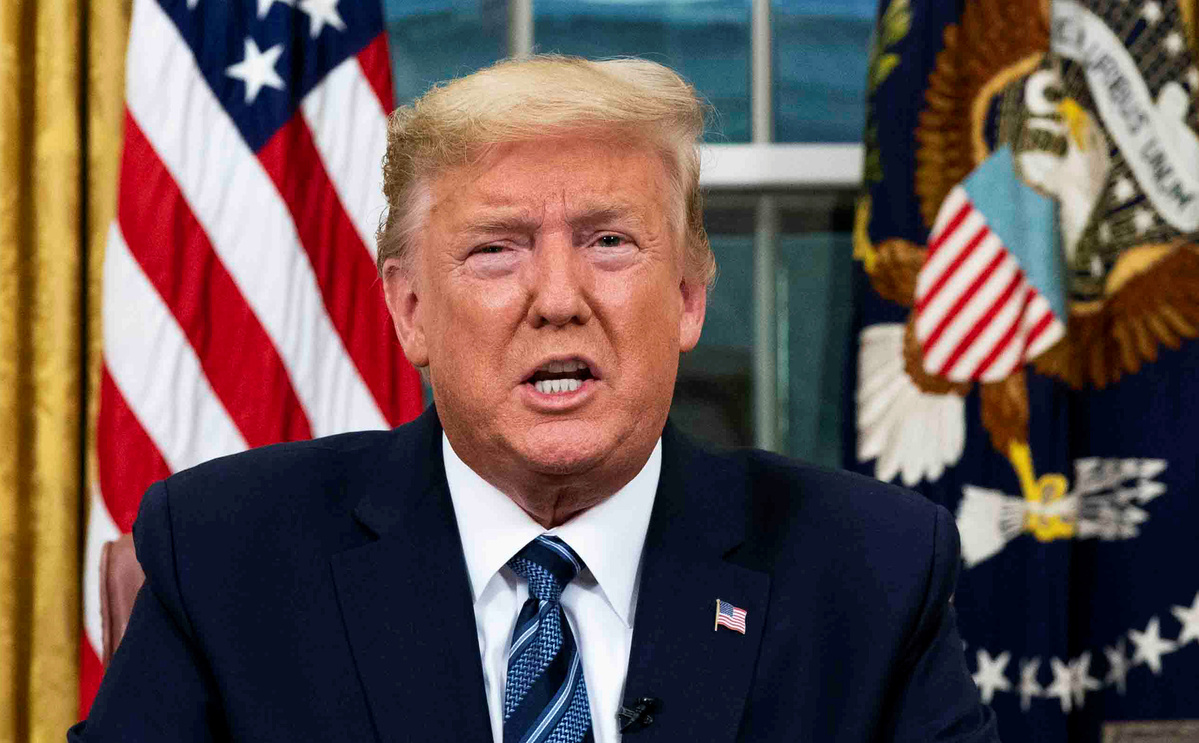 US President Donald Trump speaks about the US response to the COVID-19 coronavirus pandemic during an address to the nation from the Oval Office of the White House in Washington, on March 11, 2020. (Photo: Agencies)

Yet, instead of joining others around the world in an anti-epidemic battle, some U.S. politicians are using coronavirus as a weapon to smear China and spread their "political virus" at will.

At a moment that demands solidarity against humanity's common challenge, the move of these China-bashers, pernicious and puerile, will do nothing but disrupt international coordination and exchanges, and break the united front to win the war on the disease.

Ever since the outbreak, some U.S. politicians have been busy with their frivolous political theatrics. For example, U.S. Secretary of State Mike Pompeo not only insisted on dubbing the new virus the "Wuhan coronavirus," but also blamed Beijing for what he called imperfect data from China, which he said put the United States "behind the curve" in containing the outbreak, while National Security Adviser Robert O'Brien also falsely accused China of covering up the outbreak.

Turning a blind eye to China's decisive measures, which have earned the world precious time to prepare for the epidemic and have been recognized by the international community, these so-called political elites in the White House have taken to heart nothing else but their political agendas to suppress China. Even the virus, a public enemy of all, has been made their anti-China weapon.

However, their ill-intended political abuse and smears against China have not made America great again -- the epidemic situation in the United States is worsening. And the U.S. government's sloppy response in dealing with its own virus cases have been widely criticized.

"The draconian quarantines imposed by the Chinese bought us time, and have we used that time to good purpose, to prepare ourselves? And the short answer is no," said Stephen Morrison, senior vice president at the U.S. Center for Strategic and International Studies and director of its Global Health Policy Center.

The epidemic is like a mirror, showing the reflection of conscience and the sense of responsibility, as well as arrogance, prejudice and ignorance in humanity. A Wall Street Journal opinion piece entitled "China Is the Real Sick Man of Asia" is a demonstration of a deep-rooted prejudice from the Western world, not to mention that the United States has adopted double standards when it comes to evaluating the lockdown of China's Wuhan, compared with its view of the recent lockdown in Italy.

In face of the COVID-19 pandemic, all countries should not only take effective prevention measures at a national level, but also enhance transnational cooperation.

At this critical moment, smearing others or finger-pointing contributes nothing to containing the epidemic nor uniting people across the world, but will only lead to a fearful waste of time and a narrowed window of opportunity.

As an article published by 16 global health law scholars on The Lancet put it, "Responses that are anchored in fear, misinformation, racism, and xenophobia will not save us from outbreaks like COVID-19."

Viruses know no borders. Only unity, mutual assistance and joint efforts can win the fight against this pandemic.