BEIJING, Feb. 2 (Xinhua) -- The United States announced Friday it will withdraw from the Intermediate-Range Nuclear Forces (INF) Treaty, despite global calls for it to tread cautiously. 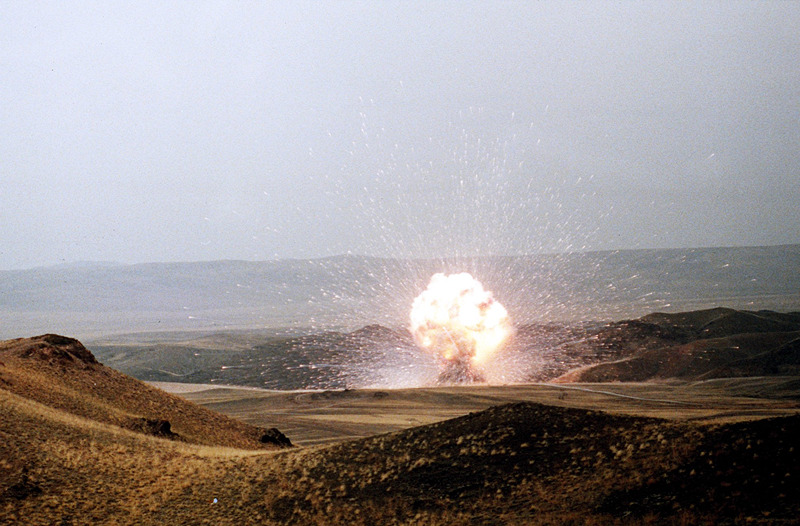 Missiles, SS-23 Destroyed. The 957th and last of the Soviet Union's SS-23 shorter range missiles is destroyed at the Saryozek base in Kazakhstan, USSR, 27. October 1989, in keeping with the US-Soviet INF Treaty. (File photo: AP)

The signing of the treaty back in 1987 between the United States and the Soviet Union was often regarded as a turning point of the Cold War and the pact was also seen as a fundamental treaty for the existing world nuclear non-proliferation mechanism.

Since October last year, senior officials from the Trump administration have been threatening to withdraw from the treaty on multiple occasions, accusing Russia of violating the treaty and openly pinpointing Russia's 9M729 ground-launched cruise missiles.

Russia categorically rejected the US accusations. It even displayed 9M729 cruise missiles at Moscow's Victory Park on Jan. 23. Russian officials defended that the missile has a range less than 500 km, perfectly in line with the INF Treaty which defines the short range at 500 to 1,000 km and the intermediate range at 1,000 to 5,500 km.

Moreover, Russia noted that the US Aegis anti-missile systems deployed in Eastern Europe are able to launch missiles that betray the treaty.

The US-Russia wrangles around the INF Treaty have indeed put the rest of the world on tenterhooks.

Some European countries fear that once the treaty collapses, Europe will become a stage for a US-Russia tug of war for spheres of influence. Analysts believe that a US departure may have negative impacts on other arms control treaties and further fan a new round of the arms race.

Such fears are not groundless. US Under Secretary of State for Arms Control and International Security Andrea Thompson recently told media that the US military will immediately develop new missiles if the United States formally withdraws from the INF Treaty.

In fact, Russian President Vladimir Putin on Saturday announced that Russia was suspending its participation in the INF Treaty in a mirror response to the US move the day before.

The gaming surrounding the US pullout of the INF Treaty has retrieved the old memory of many people about the arms race and the Cold War.

For decades, the INF Treaty has played an important role in keeping the global arms race in check, and maintaining strategic balance and stability across the world.

Now that Washington has decided to demolish the treaty, its stubbornness would ruin the efforts that the international community has made over the years. It needs to join nations of the world to keep Pandora's box sealed.