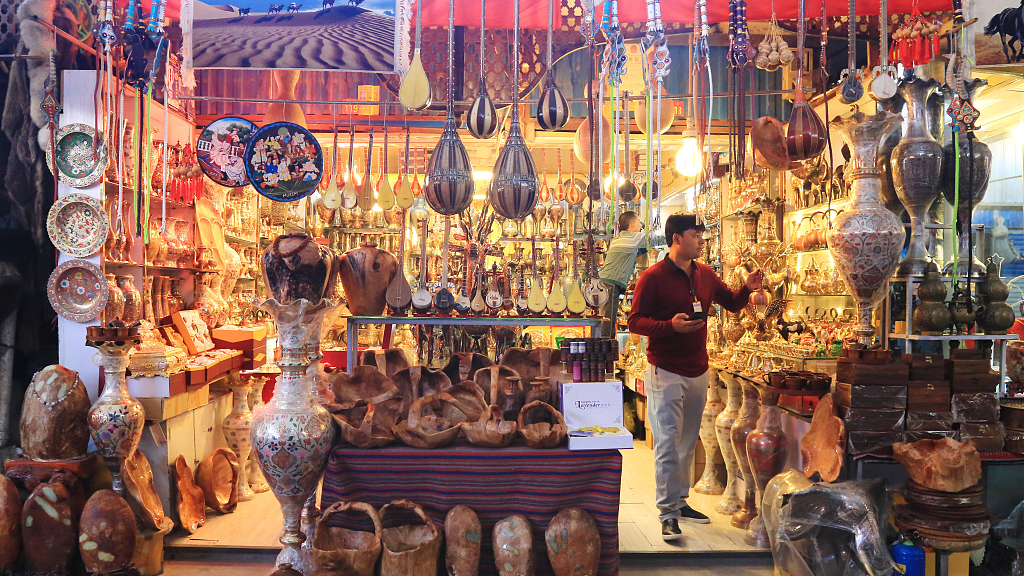 A shop in a bazaar in Kashgar, southwest of Xinjiang. (Photo: VCG)

Editor's note: The following article is taken from the Chinese-language"Commentaries on International Affairs." The article reflects the author's opinions and not necessarily the views of CGTN.

A Xinjiang-related bill – the so-called Uygur Human Rights Policy Act of 2019 – that passed through the US House of Representatives on Tuesday has been sent to the Senate for review. The vote in support of this bill sends a message to the world that Washington is willing to provide shelter to terrorism – a devastating force to which the US has previously fallen victim.

For quite a long period, the general public in Xinjiang have had to cope with the violence that was carried out by terrorists and extremists in the region. The violence killed and injured scores of innocent people. To tackle this problem, the government in Xinjiang launched campaigns to crack down on terrorist activities and stepped up its de-radicalization efforts. The results of these efforts are unambiguous: There hasn't been a single terrorist attack in Xinjiang in the past three years. The return of peace to the streets across the region has provided the stability that's critical for social and economic development.

These achievements have been deliberately overlooked by some political figures in the United States, who have no interest in protecting the safety and security of the people living in Xinjiang. Rather, they have chosen to attack China's counterterrorism and de-radicalization endeavors under the disguise of human rights, as part of their wider efforts to constrain the country's development.

But the international community isn't blindly taking the United States at its word. Afghanistan's former president Hamid Karzai, when talking to the media about his visits to Xinjiang, said, "We've seen a lot of comments, a lot of media reports about Xinjiang. But I have visited Xinjiang many times over the years. I have found immense development taking place in Xinjiang, the prosperity there, and the well-being of the people of Xinjiang."

The attempt by the United States to attack China at a United Nations General Assembly session in October also suffered a setback, when representatives from more than 60 countries, including dozens of Islamic states, praised China's progress in defending the human rights of the people in Xinjiang, and they voiced their support for Beijing's efforts to fight terrorism and radicalization.

Washington's Xinjiang-related bill threatens to disrupt international cooperation on combating terrorism. This in turn lends support to extremists, who pose a threat to stability and security around the world, and the interests of all countries, including the United States.