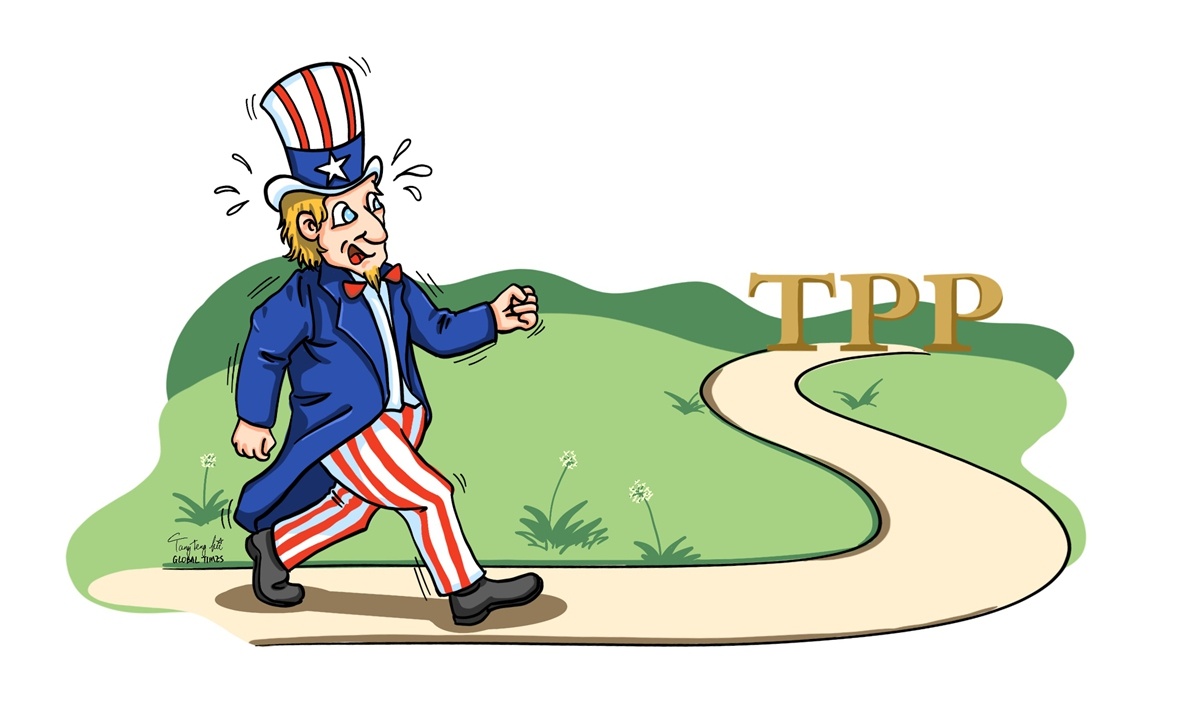 With US President-elect Joe Biden entering the White House in January, his intended approach in readjusting the US' foreign trade policy is put under the spotlight. A top adviser for Biden warned that the US should reflect on the recently concluded Regional Comprehensive Economic Partnership (RCEP) and China's interest in joining Comprehensive Progressive Trans-Pacific Partnership (CPTPP), signaling a possible choice for Washington to rejoin the regional trade pact which Trump ditched four years ago.

Kurt Campbell, one of Biden's key advisors and a diplomat focused on East Asia under former US President Barack Obama, claimed that RCEP was more far-reaching than anticipated and China's [CPTPP] interest "a very big deal", calling it "a real wake-up call" for the US.

The newly inked RCEP forged a tripartite global trade pattern by shaping up the Eastern Asia trade zone alongside those of Northern America and Europe. It has emerged as the world's largest trade pact covering about 30 percent of the global economy and population, which China accounting for the largest part among 15 Asia-Pacific members.

With China now actively considering entering CPTPP, many American politicians are concerned about the world's largest economy's weakening dominance in global trade system as it may be left out of both trade deals.

Meanwhile, Biden has been repeating his priorities on virus fight and economic recovery. The world's largest economy, which has failed in implementing an effective response to the virus, has topped the global COVID-19 confirmed caseload rankings for months.

Based on IMF estimations, the US economy may contract by 4.3 percent in 2020. Under such circumstances, advancing regional free trade deals seems to have taken a back seat for Biden.

On Tuesday (US time) Biden told The New York Times that he was "not going to enter any new trade agreement with anybody until we have made major investments here at home and in our workers".

In contrast to Trump's unilateralism, returning multilateral systems is a clear path for Biden when it comes to foreign policy, and Biden has stated his intention to restore a US-led alliance to rewrite global trade rules.

However, rejoining the US-initiated Trans Pacific Partnership (TPP) which now called CPTPP is anything but an easy task for Biden.

For starters, the TPP initiated by and was meant to be driven forward by the US has taken on a new complexion and name - CPTPP. While joining CPTPP may not be an ideal choice for Biden, and has only slim hope of being endorsed by US Congress, domestic labor organizations and the pro-environment lobby are also likely to raise objections.

Moreover, the remaining CPTPP members may feel reluctant to open their arms for the US as well, including New Zealand and Australia. Whether they will endorse Washington to be back as a leader remains to be observed.

Revitalizing TPP is a tough road for Biden, and reaching any trade deal is usually a multi-year marathon. In the meantime, although some US politicians have taken a hostile view of China's economic growth and China's role in regional economic development, China has contributed to global economic growth before and after the COVID-19 pandemic. In fact, as the only major economy expected to realize a growth in 2020, China will play a crucial role in leading the global economy out of contraction over the next two years.

Steadfast in upholding free trade principles, China recently stated its active consideration in joining CPTPP. Though it may be a tough road for the US to rejoin the trade deal, China has maintained an open mind in assessing all possible choices for advancing global initiatives boosting free trade and multilateralism.

The article was compiled based on an interview with He Weiwen, an executive council member of the China Society for World Trade Organization Studies.