Washington should not continuously get carried away by its red mist 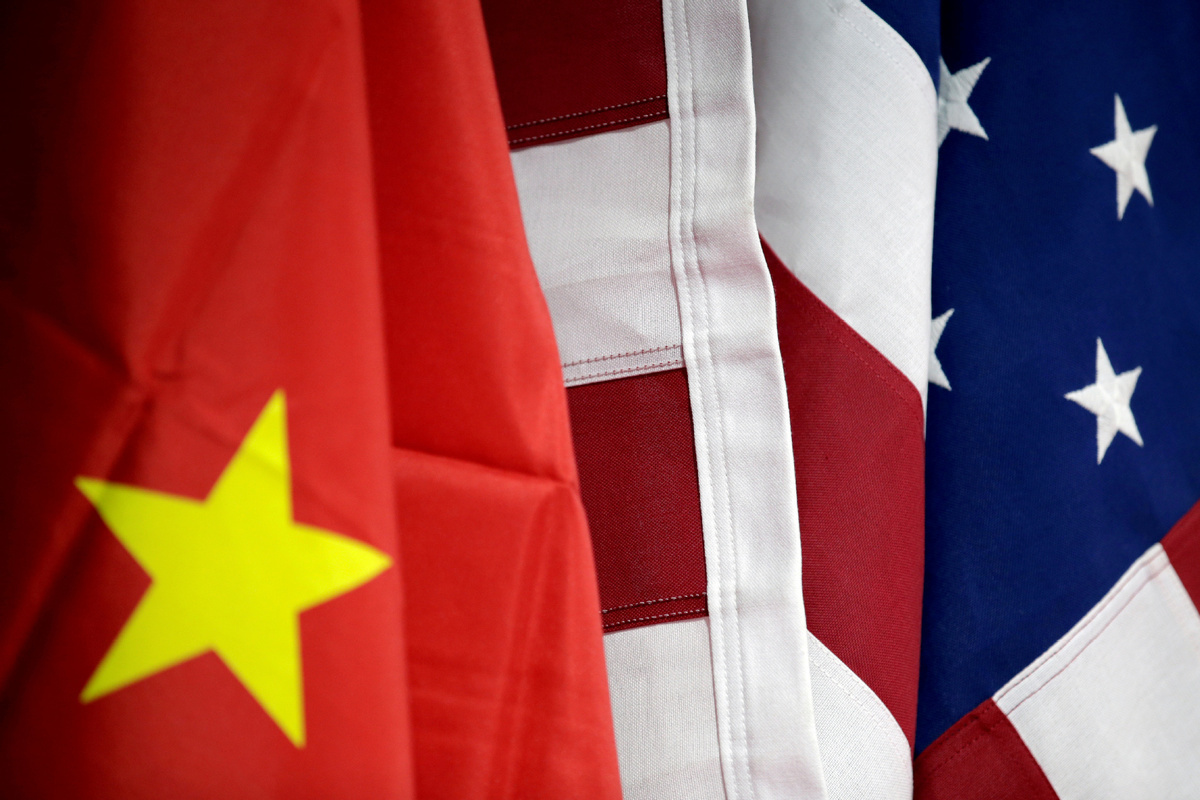 Flags of China and US are displayed at American International Chamber of Commerce's booth during China International Fair for Trade in Services in Beijing, China, May 28, 2019. (Photo: Agencies)

In its latest report to the US Congress, the National Security Commission on Artificial Intelligence of the United States suggests that US universities take steps to prevent sensitive technology from being stolen by the Chinese military.

This represents the latest efforts of the China hawks to try to set up barriers to the improvement of the Sino-US relationship that has shown more positive signs than it has for a while since the Joe Biden administration took office.

The report runs counter to the constructive proposal by the Chinese side that the two countries resume their exchange, dialogue and cooperation mechanisms in various fields and at various levels. These had proved invaluable in stabilizing bilateral ties before they were put into deep freeze by the previous US administration.

The timing of the report's release has clearly been carefully considered as it coincides with the US pushing ahead with its prosecution of at least five Chinese researchers arrested last year on charges of visa fraud for not disclosing alleged ties to the Chinese military.

As the Entity List of the US Commerce Department and the black list of the US Defense Department indicate, the charges against the Chinese researchers are unwarranted and politically driven, as they were all hatched when the previous US administration was leaving no stones unturned in hyping up a new "red terror". A witch hunt in which dozens of Chinese companies, institutes and universities were declared to be threats to US national security, along with the entities of other countries the US administration claimed were hostile to the US.

The Biden administration has vowed to approach China with "strategic patience", and insisted that the US and China must avoid conflict, saying that the US side is prepared to have candid and constructive dialogue with the Chinese side in the spirit of mutual respect, and to improve mutual understanding and avoid miscommunication and miscalculation.

As such, although the commission's report is far from a policy, its intentions to influence the lawmakers to take up the baton of the previous administration's China containment strategy is self-evident.

Ironically, while the commission is trying to sling mud on Chinese researchers, the presidents of 10 US universities, including the University of Chicago and Northwest University, expressed their good wishes to Chinese students and scholars in an online evening for the Lantern Festival celebrations hosted by the Consulate-General of China in Chicago on Friday, in which the presidents acknowledged the positive contribution of Chinese students and scholars to research and campus diversity.

It is the words of the university presidents, not the commission, that represent the call of the times, and the right direction to promote academic research and the rebooting of Sino-US relations.

It is some US politicians themselves, not any other countries, that are trying to steal the academic freedom of the US and rob its universities of their independence, posing a threat to the foundation of US competence.