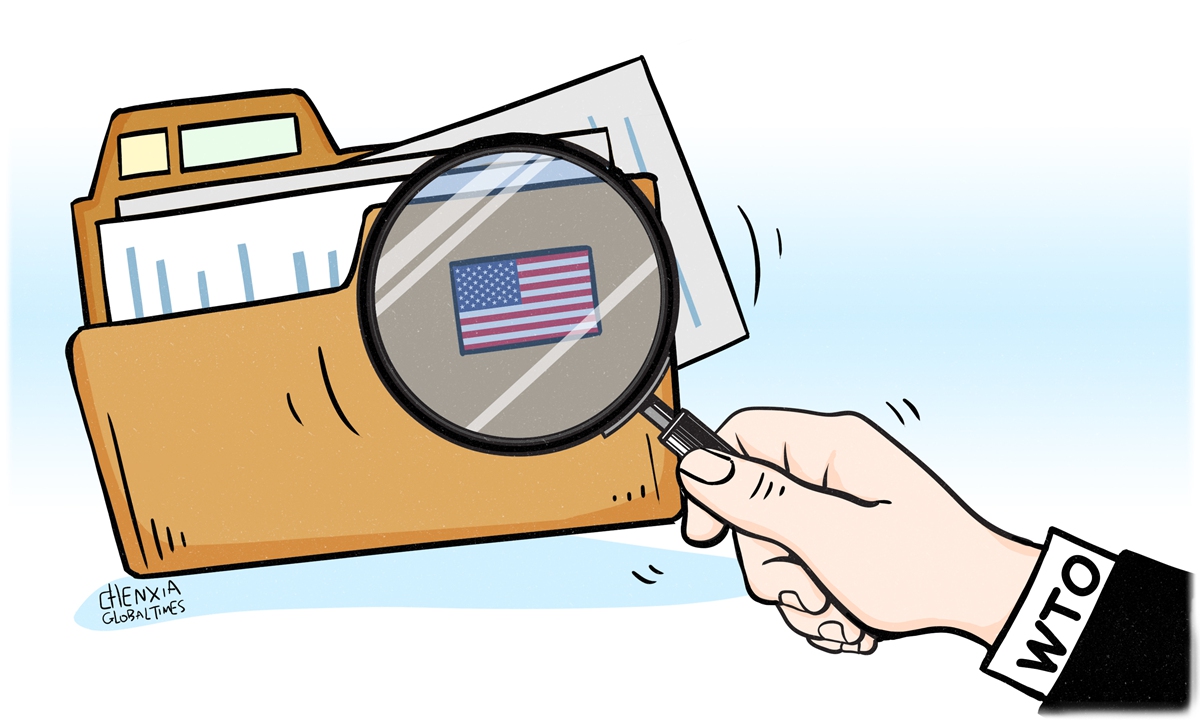 The 15th WTO trade policy review of the US is scheduled to take place on December 14-16, during which WTO members will conduct a comprehensive review of the trade and investment policies launched by the US since 2019, chinanews.com reported on Wednesday, citing official information.

The purpose of the review is to strengthen WTO members' observance of WTO provisions and to improve the transparency of their trade and investment regimes. All WTO members undergo review, and the frequency of each member's review varies according to its share in the global trade volume.

The last review of the US took place in 2018, and at the meeting of the first day, 40 WTO members submitted more than 1,700 written questions to the world's largest economy.

Since the last review, the US has gone much further in promoting trade protectionism and it has, recklessly and wantonly, pushed for an economic decoupling from other economies, particularly China. If the US receives more "written questions" during the upcoming WTO review than last time, many certainly won't be surprised.

The upcoming trade policy review of the US has, once again, allowed WTO members to take a close look at the economic, trade, and investment policies pursued by US President Joe Biden and his predecessor Donald Trump.

During the past four years, a shift or a reverse has occurred in US trade policy, with a distinct emphasis on "America First" and "America's own economic and national security." The unilateral and hegemonic move by the US is a great retrogression of free trade and WTO rules.

The US should place high value on the trade policy review and answer every question it receives. If US commitment to open market and to the rules-based multilateral trading system embodied in the WTO still remains a part of the US' trade and investment policy, the nation should make some changes in its unilateral and hegemonic actions. At the very least, the US should stop doing what the WTO has ruled that it violated many global trade rules.

For example, the WTO in September 2020 ruled that punitive tariffs the US imposed on Chinese products in 2018, triggering a trade war, were inconsistent with international trade rules. The WTO said the US did not provide any evidence to prove its claim that China was involved in "unfair practices."

Till today, the Biden administration has chosen to ignore the WTO request and has so far been reluctant to give up the "Trump tariffs," while moved to intensify technological blockade against China.

US President Biden once claimed that he would give up his predecessor's "America First" approach and emphasized America's "return to multilateralism" after taking office, but the Biden administration's goal of returning to multilateralism still puts the interests of the US above other countries, while it has accelerated containing China - both run counter to the rule of multilateralism.

The US should attach great importance to the upcoming WTO review, fully understand the concerns of WTO members, strictly follow the time limit stipulated by the WTO, and immediately rectify its non-compliance with WTO trade rules. This is not only the basic responsibility of the US as a major trading power, but also the cornerstone of equal cooperation between the US and other economies.

The US must promptly correct its unilateralism and protectionism approach, as it is unacceptable not only to China, but also to other WTO members. If the US treats the WTO trade policy review perfunctorily, or even interferes with the review agenda, this will lay bare its hegemony. And all the US' actions against the basic requirements of the market economy will eventually backfire on itself.