OPINIONS We no longer live in a Cold War world

We no longer live in a Cold War world 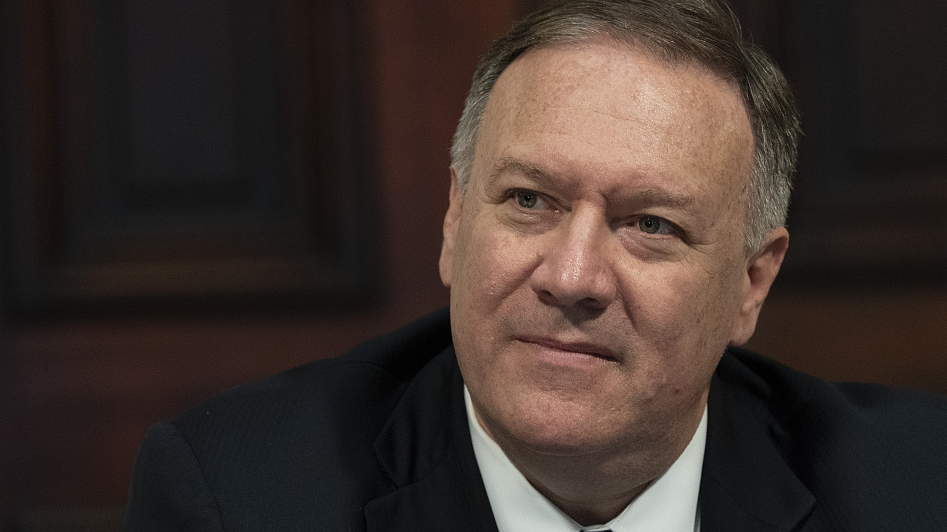 US Secretary of State Mike Pompeo spoke in Berlin on Friday and emphasized the need for the NATO alliance to be continually relevant, arguing that the West faced new challenges from Russia and China, playing the threat card with the latter.

The speech is not surprising given what has been coming from Pompeo of late. However, it is in some ways, contradictory and unrealistic. First of all, the Donald Trump administration, owing to its emphasis on unilateralism, is solely to blame for the besiegement of NATO and transatlantic ties between the US and Europe.

Second, the resonance with Cold War nostalgia is out of touch with and simply not applicable to the world we live in today. International society is more globalized and interconnected than ever before, and talk of dividing the world into sharply cut "blocs" and "alliances" is detrimental to global well-being, prosperity and progress.

Under the mantra of America First, the White House has approached most US alliances with a mindset of unilateralism, running them akin to protection rackets.

For Trump, alliances have seldom been about how the US can better work with them or gain mutual understanding. Instead, they have been about what Washington can greater extort and gain from them in a lopsided way, mobilizing threats than incentives.

Beyond the ongoing NATO spat, Washington is engaging in cost-sharing negotiations with the Republic of Korea over its alliance. The presidency is demanding Seoul pay five times more for US troops stationed in the country, a demand likely received as insulting.

With such a background, is there anyone guiltier of undermining NATO than the White House itself? Pompeo seemingly chastised Europe for making the organization increasingly "obsolete," although what he means to say is that the alliance, as a multilateral entity, is not subordinating itself to a strictly US-centric vision.

Trump's attacks on NATO have been predominantly unilateral, demanding other countries pay more, showing disinterest in Atlantic-based security issues and also waging other disputes, such as trade, against European countries. Transatlantic ties have been described as being at an "all-time low" under his tenure.

Given such, the utilization of Cold War nostalgia toward the institution to serve US unilateral interests makes little sense. First of all, NATO in the Cold War era was successful through vibrant multilateralism and diplomacy, not through America's first nationalism.

Second, the world today is overwhelmingly different. The world during the Cold War era was divided into very distinct, polarized and ideological blocs that proposed competing visions for world order and the international system.

In contrast, the contemporary world is increasingly connected and interdependent. Also, for all its differences, less ideologically divisive. While the Western and Soviet blocs did not trade with each other, in today's world, global commerce and enterprise have become all-embracing.

As globalization has taken root, global issues have increasingly required global responses. How could, for example, the Cold War world have posed any coherent cooperation over matters such as climate change or terrorism? Thus, as global governance becomes more important, all-inclusive multilateral engagement has become a necessity.

In this case, "choosing sides" is not only an anachronism, but it would turn back the clock on global progress at the cost of global stability, prosperity and security. The Cold War is not a dream to be emulated or repeated, but a phase of history whereby humanity was divided and at odds with itself.

What the world has now is progress, the opportunity of unity, peace and a common destiny. Talk of turning back the clock is simply ludicrous and will come at great cost.