OPINIONS Weapon of the law effective in battle against pollution: China Daily editorial

Weapon of the law effective in battle against pollution: China Daily editorial 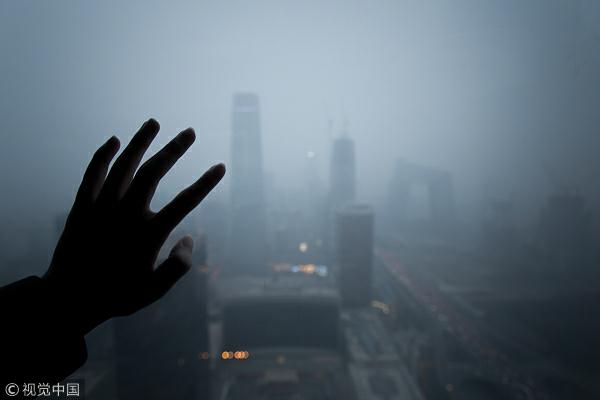 That the country's top legislature convened a special meeting on Monday and Tuesday to discuss a report on the results of its inspections to determine how effectively the Air Pollution Prevention and Control Law is being implemented, and a draft decision on further ways to strengthen protection of the environment in accordance with the law, speaks volumes about the importance the country's top authorities attach to the issue.

The Standing Committee of the National People's Congress sent four teams to eight provincial-level regions — the Inner Mongolia autonomous region and Henan, Shanxi, Shaanxi, Shandong, Hebei, Anhui and Jiangsu provinces — from May to June to check how effectively the law to curb air pollution is being implemented.

The teams spoke with local governments and relevant departments, and conducted on-the-spot inspections of 107 enterprises. Local people's congresses were entrusted with similar inspections in 23 provincial-level regions.

The results of the inspections are encouraging as they found that overall the situation is improving, with the most recent amendments to the law emphasizing more decentralized emissions governance and mechanisms for controlling the sources of air pollution, producing a marked reduction in air pollution nationwide, with the average concentrations of both PM10 and PM2.5 declining significantly from the levels in 2013.

The amendments to the Air Pollution Prevention and Control Law that became effective on Jan 1, 2016, have established a legal foundation for improving air quality by transferring the responsibility for regulating air pollutants to local governments, which have to tackle pollution at source by forcing enterprises that fail to meet the nation's environmental protection standards to rectify the problems or else shut down.

In 2017 alone, there were nearly 40,000 cases involving environmental pollution, and 30 percent of them involved air pollution, showing the law is an effective weapon in the intensifying fight against pollution.

The inspections by the NPC aim to ensure that the weapon of the law is being wielded and used to carry out the decisions and plans of the CPC Central Committee, which has identified preventing and controlling pollution as one of three "tough battles" the country must win, along with forestalling major risks and carrying out targeted poverty alleviation.

In this way, the NPC is exerting more pressure on localities to wage war against polluters, and playing its role in guaranteeing people will be able to enjoy a green homeland and blue skies.