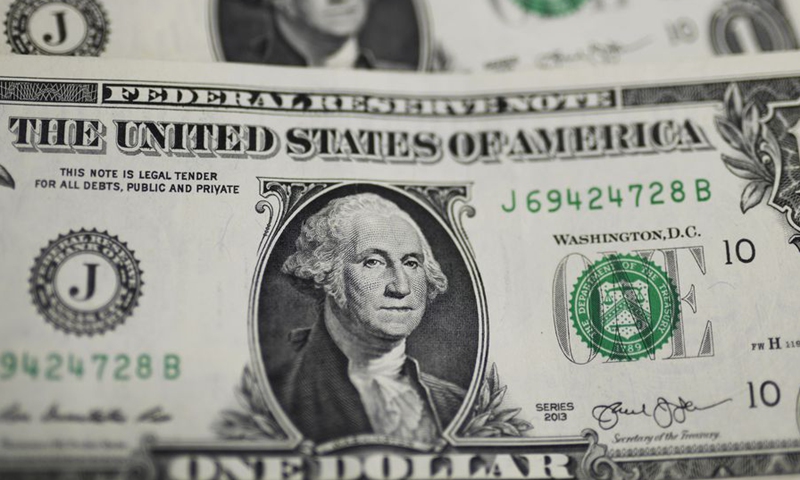 As the US and its Western allies are determined to drive the Russian economy into a corner, Russia has never been so close to its first debt default since 1998, which may plunge global financial markets into a new round of uncertainty.

White House press secretary Jen Psaki said on Tuesday that the US and its allies are expected to announce new sanctions on Wednesday that will target Russian financial institutions, government officials, their family members and state-owned enterprises. The US has started blocking Russia from making sovereign debt payments using its reserves held at US banks in a move to force Russia "to choose between draining remaining valuable dollar reserves or new revenue coming in or default," she stated.

At present, Russia has a total of 15 outstanding international bonds with a face value of around $40 billion, according to Reuters. Despite the increasing sanctions imposed by the West over the situation in Ukraine, Russia has managed to avoid a debt default so far. But with the US piling on the pressure on Russia's foreign exchange reserves, Russia is expected to face growing hurdles in making debt payment, leading to a rising default risk in the future.

Moreover, Western economic sanctions and embargos will also deal a heavy blow to the Russian economy, eating up its foreign exchange reserves and leading to shortages of domestic goods, high inflation, currency depreciation and deteriorating cash flow. All these results will increase the risk of a debt default for Russia.

What's even worse, a Russian debt default may have spillover effects on the international financial market, which may see a new round of turbulence or even crisis. When Russia defaulted on its sovereign debt in 1998, it hurt global investors' confidence and triggered a sell-off in emerging market bonds and equities.

By freezing Russia's reserves and assets in US banks, the US has once again distorted the rules of international financial system into a weapon against its enemy. This kind of abuse of its dollar hegemony and brazen financial vandalism is bound to backfire. The more the US uses the dollar hegemony as a weapon, the more concerned the international community will be as to whether they will be hit by the same weapon in the future. Therefore, the global economy will feel an increasing urgency to reassess their reliance on the dollar when it comes to foreign exchange reserves.

It is based on the almost "risk-free" credibility of the US dollar and its banking system that many countries around the world keep their reserves at US banks and hold a large quantity of US bonds. But when the dollar's credibility began to give way to politics, the foundation of the existing international monetary and financial system starts to collapse.

Almost all developing countries in Asia, Africa and Latin America have not taken sides when it comes to sanctions against Russia. For those countries, reflection on the Ukraine crisis will raise a red flag in terms of risks associated with the dollar.

In fact, many countries like China, Russia, India and Saudi Arabia have already explored new ways to complete international trade settlement. Even the US' allies are trying to find ways to circumvent the US sanctions. In order to continue to trade with Iran and avoid US influence, the EU established a special trade mechanism as early as 2019 and has been actively promoting euro settlement in foreign trade.

Conditions are rife for a de-dollarization trade system to escape its hegemony, and the crisis in Ukraine will accelerate the process.